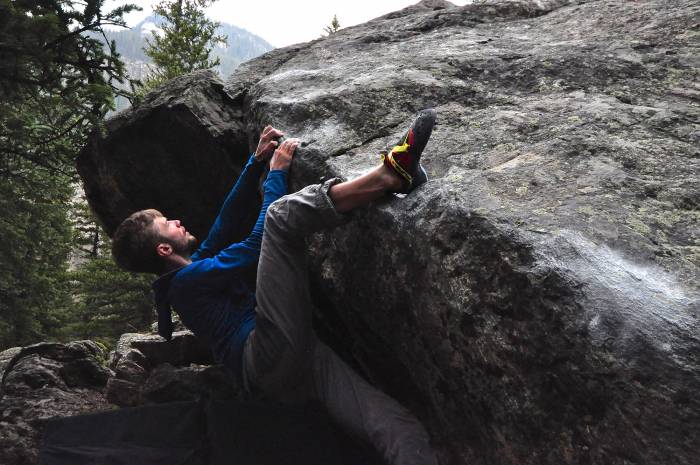 Scarpa adds a sensitive, soft, aggressive shoe to its high-performance lineup. We tested the Furia S both outdoors and in for this first look review. 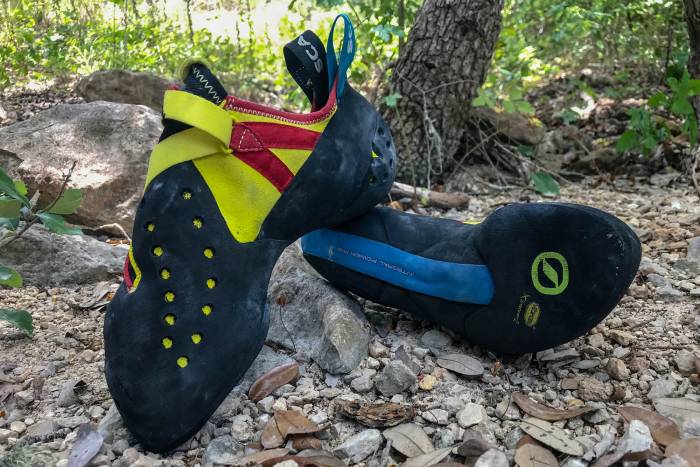 Scarpa’s soft shoe lineup is impressive. The Furia, Drago, and Chimera are highly lauded tools for steep and difficult routes and boulders. And recently, Scarpa added another weapon to this category, the Furia S, currently available in Europe.

The Furia S will be available in the U.S. this fall for an MSRP of $195. We tested a pair at a local limestone sport crag, a bouldering area, and a Moonboard for this review.

In short: For bouldering or steep sport routes, the Furia S is an outstanding choice. It’s an amazingly sensitive shoe with an excellent fit that makes toe and heel hooking a dream.

The Furia is a best-seller for the Italian brand, and the Furia S inherits much of its DNA. Scarpa’s aggressive FZ last provides plenty of downturn and a high degree of asymmetry. 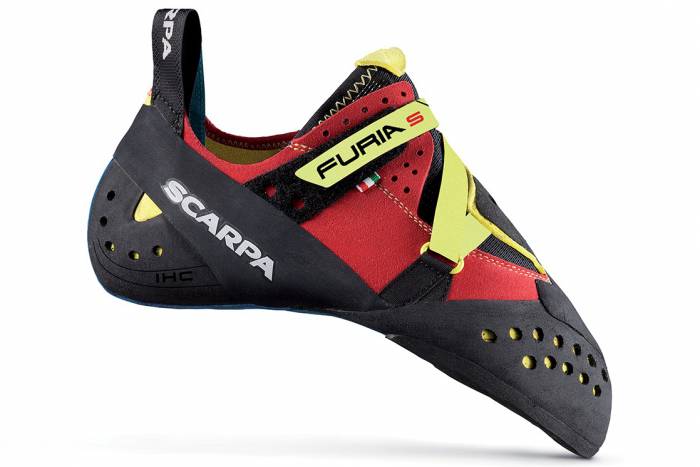 Both shoes employ Vibram XS Grip 2, with a thickness of 3.5 mm for the Furia S versus the Furia’s 3 mm. While the Furia lacks a midsole, the Furia S employs a 1-mm-thick “Minimal Flexan” midsole under the toes, with a floating big toe segment.

Two opposing Velcro straps seal up the Furia, while the Furia S has one minimalist, Z-shaped strap spanning from the midfoot to the shoe’s opening. 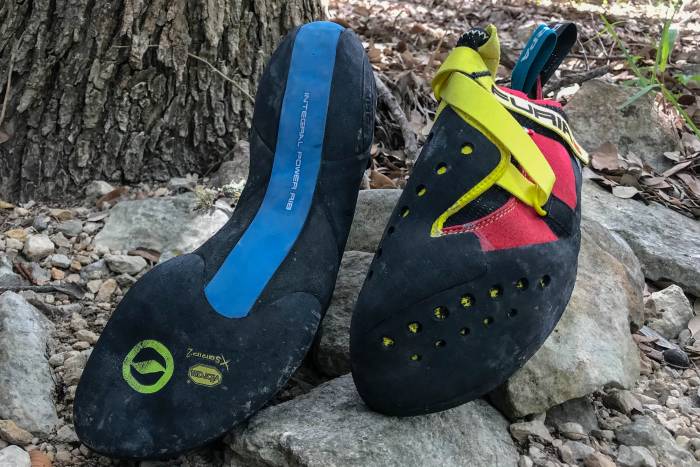 The workmanship on this shoe is outstanding. Scarpa has always impressed me with their level of craftsmanship, and the Furia S follows suit.

I have a classic “duck foot”: thin with a narrow heel and wide forefoot. Scarpas have always been wide in the forefoot, but the Furia S is noticeably narrower compared to the Drago, putting it in line with other brands for this dimension.

The heel is snug and narrow. As for volume, it has less than the Drago and is still a touch baggy for me in the midfoot region.

But the stretch mesh gusset and closure strap did a good job of taking up most of the slack. And the synthetic upper is patterned and sewn in a way that avoids seams on the big-toe side of the forefoot.

Tested on the Rock

The Scarpa Furia S is supremely sensitive. Although there is a midsole, it still encouraged me to use the smallest features on polished limestone and plastic.

The high downturn, asymmetry, and pointy toe made using pockets a joy, both on vertical faces and overhangs. For toe hooks and scumming, the Furia S is one of the best I’ve worn — thanks to rubber covering almost the entire upper. 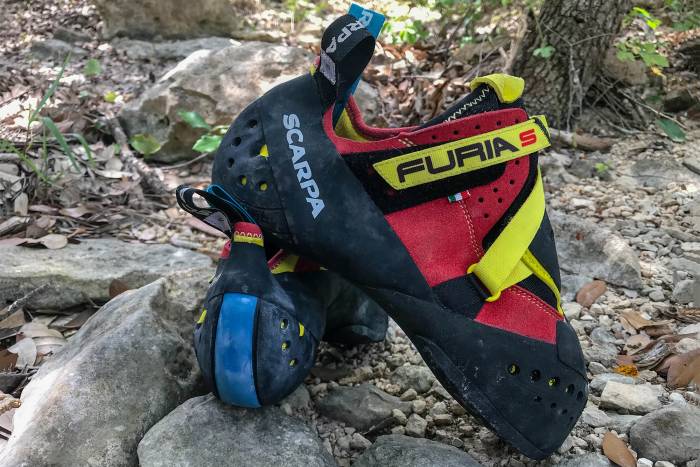 The heel’s narrow fit and generous amount of rubber provided for excellent hooking. This should offer a lot of surface area on tiny footholds when weighted and pull in well with the toes on the steeps.

Although the Furia S employs a thin midsole, it isn’t a shoe that would make it into my backpack if the routes requiring hard edging.

There was a minuscule improvement in edging power on smaller edges compared to the midsole-less Drago, but not nearly enough to make the grade. Smedging, however, was excellent due to the high sensitivity and conformity.

A pair weighs 15.9 ounces in Euro size 43 (U.K. size 8 3/4), making them one of the lightest shoes in my testing fleet. That’s impressive considering the rubber coverage.

Scarpa seems to have developed a secret recipe as of late for churning out excellent high-end climbing shoes. The Furia S continues the trend.

Whether bouldering or climbing short and steep sport routes — outdoors or in the gym — the shoe is an excellent choice for more experienced climbers.

The sensitivity, toe and heel hook ability, and aggressive last all aid and encourage high performance when the cliffs get steep and the grades rise.

For the fall climbing season, try out a sensitive shoe in the Scarpa Furia S.