Alpenglow Expeditions, a guide service based in the Lake Tahoe area, opened Tahoe’s only via ferrata earlier this month. 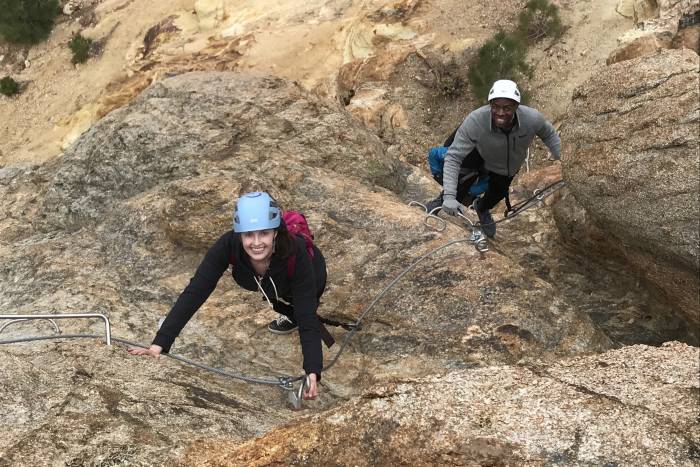 Alpenglow Expeditions is best known for guiding international mountaineering trips, including treks up Mount Everest. Most of these expeditions require some climbing experience and decent physical fitness. Now, the company has expanded its offerings to include a via ferrata, which requires no experience or advanced fitness level.

Established on the iconic Tram Face at Squaw Valley Resort, the Tahoe Via Ferrata ascends two separate routes. Via Ferrata is a climbing system that utilizes permanent anchors and steel cables. Unlike free climbing, lanyards attach participants to the rock at all times. As opposed to traditional via ferratas, Alpenglow uses an exclusive continuous lifeline system. This means climbers can’t accidentally come off the end of the cable. 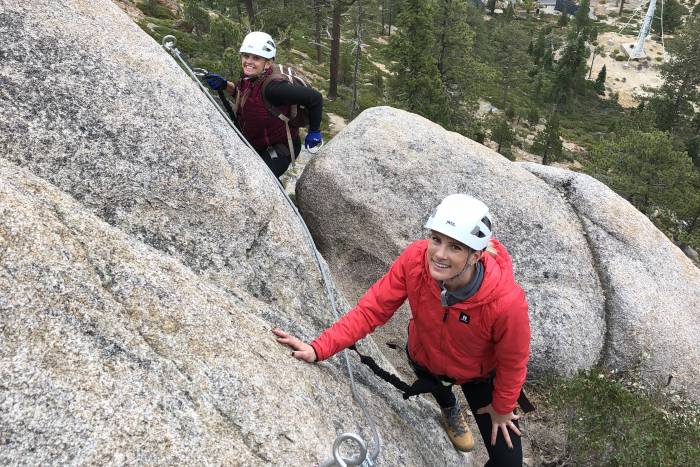 The American Mountain Guide Association (AMGA) trained guides to lead the first group of participants up the Tram Face on October 3. Alpenglow requires AMGA and in-house training, specifically on Via Ferrata, for all guides.

Currently, two Via Ferrata routes are in operation: the Sundial Arete and the Skyline Traverse. These routes offer different challenges, exciting exposure, and 1,000-foot elevation gain. Both top out above The Village at Squaw Valley.

Hundreds of participants have experienced the Tahoe Via Ferrata since its opening earlier this month. Alpenglow offers both half-day and full-day guided tours, with private group options. A 6:1 participant-to-guide ratio maximizes safety and learning opportunity. 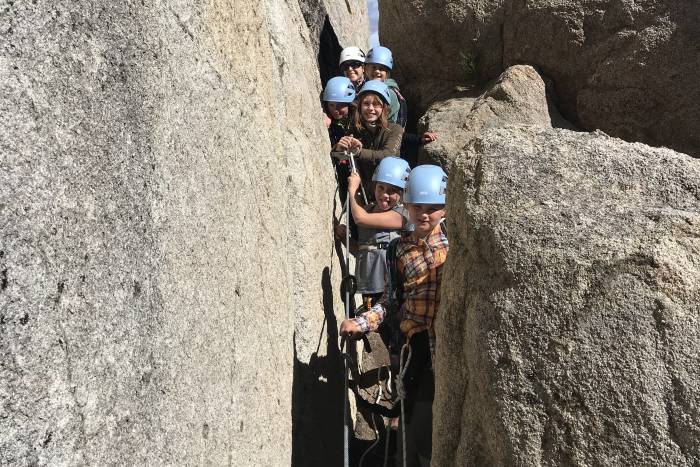 No climbing experience is necessary, but the company recommends general hiking fitness for participants. The Tahoe Via Ferrata will operate May through November while also serving separate winter applications. Plans for expansion include improvements on current routes and new route additions.

“Taking away the risks of climbing, and the requirement for technical experience, while still allowing efficient movement through exposed rock terrain makes for so much fun!” Adrian Ballinger, IFMGA/AMGA mountain guide and founder/CEO of Alpenglow Expeditions, told GearJunkie. 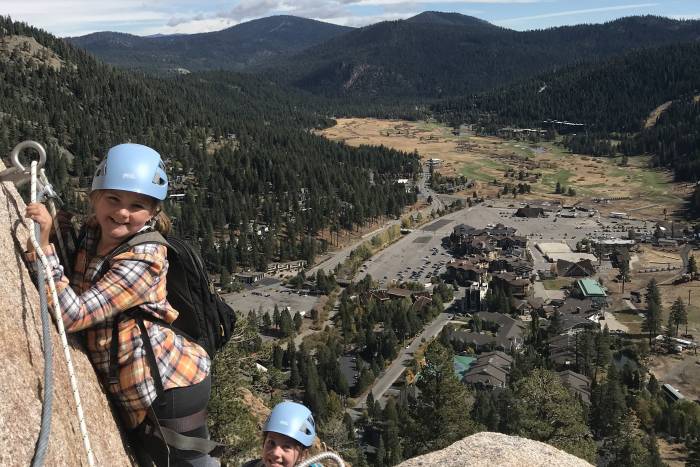 Alpenglow provides for all technical equipment, including a harness, helmet, gloves, and lanyards. Pricing includes this equipment. All participants must be at least 10 years old, weigh over 80 pounds, and wear closed-toed shoes.

For October, Alpenglow Expeditions is offering a $99 Local’s Special to residents of the Tahoe-Truckee area. If you’re not local, you can still get in on the action. A half-day tour costs $149 per person and features three to four hours of climbing. You can book your adventure on Tahoe’s first via ferrata on the company’s website.

Up Next: Mountain Bike Recall: Canyon Finds Defect in 820 Bicycles