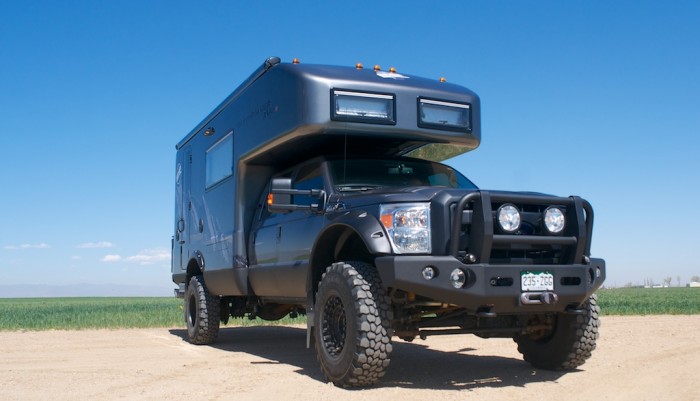 The EarthRoamer camper/truck inhabits a rare niche — small compared with the bus-size motorhomes that roam American byways, and capable of handling rough trails and snow.

EarthRoamers sleep four people in a self-sustained cabin with solar panels on the roof, water tanks, bunks, and satellite Internet and TV for a link to civilization. These are adventure-mobiles extraordinaire.

With that comes a heavy price — they start at the staggering amount of $280,000. Why? I went to the epicenter this week to find out, touring the EarthRoamer factory in Dacono, Colo., just north of Denver.

Enormous fiberglass shells in the shape of an RV tower over my guide through the cavernous building. Inside, men are busy at work; one’s feet protrude from under the front of a truck while others work in a large wood shop.

This is the heart of EarthRoamer, a company that turns Ford F-550s into the burliest off-road capable RVs we’ve seen, and they do it by hand in Colorado.

These things are badass vehicles, and it’s tough to look at one and not lust to own it, and then immediately find the muddiest, rock-strewn road in the state and mash the accelerator.

Unfortunately, the price tag and a year-long waiting list makes that dream, well, a fantasy for most folks.

But there’s no harm in looking, and that’s what I did, gazing with wonder at EarthRoamer’s latest iteration, the XV-LT, in various stages of completion across the factory floor.

Origins Of The Brand

In 1999, Bill Swails drove to Alaska in a pickup truck outfitted with a slide-in camper. He was not impressed.

Returning home, and with a goal to find his life’s calling, Swails began experimenting with various camper configurations Then on a trip to Baja California, he had an epiphany: Nobody was building a true off-road RV.

He got to work. An engineer by training, Swails started from the ground up on a truck you could drive around the world. He wanted diesel, because it’s available anywhere on the planet. He chose the Ford F-550 chassis as the bedrock of his designs.

Swails and a friend crafted the first shell from fiberglass, and the material — a super durable, inch-thick layup — is still used today.

In 2003, EarthRoamer was officially born. 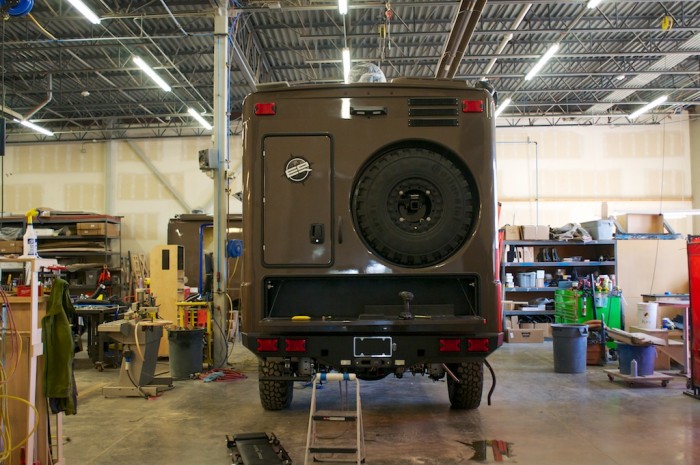 Swails showed me past the doors of the company reception area and into a workshop filled with the fantasies of motor heads, rock climber dirtbags, ski bums, and backwoods hunters and hikers.

As I poked my head into the in-construction vehicles, I admired perfectly organized bundles of wiring snaking around the shell. Finely-joined wood formed cabinets that would soon be finished with hardwood exteriors.

Each piece had its place and an expert who knew how to build and install it.

Since the company’s launch in 2003, EarthRoamer has garnered attention as one of the premier makers of rugged RVs with remarkable off-road capabilities. But less than 150 have been built to date. The company makes just a dozen or so a year.

Each is built by hand from a burly, souped-up F-550 Ford Lariat Edition chassis. Before any camper parts are added, mechanics replace the factory suspension with heavy duty air springs and upgraded shocks and sway bars.

They also strip the cab to make way for all sorts of custom wiring and upholstery changes that allow access into the camper.

“We even look at the truck as a part,” explains Swails as he walks me through the facility. He points to a stripped down truck with newly installed suspension. Inside, wires dangle free where they will be rejoined with components of the RVs living space.

About 30 people earn a living fabricating parts, putting them together into half-million dollar machines in the facility and selling and marketing them.

Seeing the guts of partially-constructed EarthRoamers instills a sense of respect for the engineering that goes into each RV. 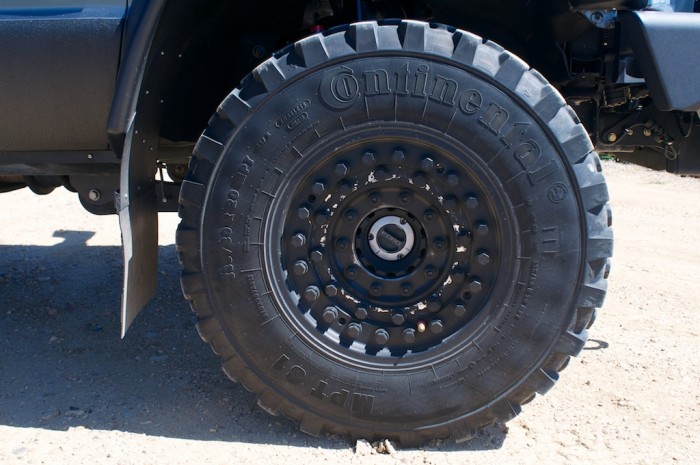 From the burly, bead-locked Continental tires that can be run at super-low pressure, to solid axels and adjustable-height suspension that lifts the entire RV up to about six inches and can compensate for camber and incline, these beastly trucks are made for off-road driving.

While the 6.7-liter diesel, 4×4 vehicle averages about 10 miles per gallon, once parked the EarthRoamers are a model of efficiency. Everything that takes energy, from water heaters that capture engine heat, to marine-grade electronics, is designed to make the most of every bit of engine and solar power from roof-mounted panels.

Ultimately, all the engineering should be invisible to the user. The finished interior of the XV-LT is streamlined and nice, but still fairly simple. Drawing from marine engineering, everything from plates to wine glasses and doors is locked or keyed in place as not to move while traveling over rough terrain.

The XV-LT is not huge inside. Designed to sleep four in comfort, the RV is really ideal for two adults and two children.

A shower, small bathroom, well organized storage space, large over-cab bed and smaller, electronic fold-out bed/sitting area round out a space in which, as Swails said, “every square inch is utilized.”

Optional luxuries include things like DirectTV and a system that turns the truck into a wireless hotspot anywhere there is a weak phone signal.

Swails gave me a quick ride in the company’s demo XV-LT, and it definitely felt more like a truck than an RV while rolling down the road.

We zipped around a dirt road and I snapped a few photos on a bluebird Colorado day. While the sun felt good on my back, and the going was easy, in my mind’s eye I imagined a nasty snowstorm and high winds in the middle of nowhere.

Yeah, that burly RV in front of me would do the job. 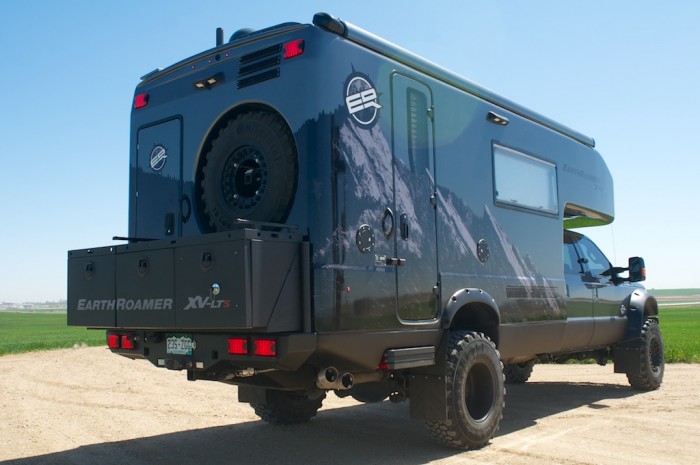 EarthRoamers are the pinnacle of off-road camping vehicles. While they are way beyond the realm of possibility to the average consumer, the high-end engineering pays dividends down the road in trickle-down technology.

Swails hinted that a smaller, much more affordable EarthRoamer may be on the horizon for the masses who aspire to weekends away in a do-all, off-road RV.

We can’t wait to see what comes next.