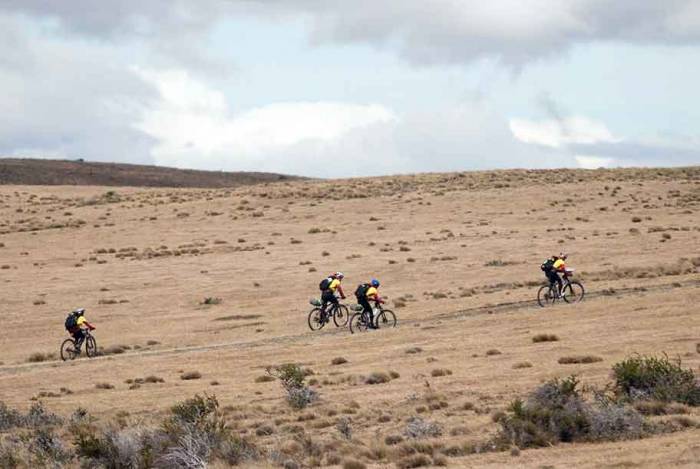 [leadin]Ever wanted to tread the wilds of Patagonia? This series of videos, shot during the harrowing Patagonian Expedition Race in Chile last month, give an intimate look at the hardships and beauty that come with passage through the region.[/leadin]

GearJunkie has a long connection with the Patagonian Expedition Race, a semi-annual endurance event held in the deep wilds near the tip of South America in Chile.

For up to nine days straight racers are required to bike, trek, paddle, and navigate through the region’s no man’s lands, finding checkpoints — and eventually the finish line — along the way.

Our founding editor completed the course twice (2010, 2011), both times with a crew called the YogaSlackers.

This year, Team YogaSlackers was back, including two GearJunkie contributors, husband/wife Jason and Chelsey Magness.

Despite racing in first place for nearly half the course Team YogaSlackers was hampered by injury. The three videos here, shot on the race course, show the pain, love, joy, and humor that come with pushing limits for days and hundreds of miles through the wilds of Patagonia.

–Follow Team YogaSlackers as they race and adventure around the world.