With 19 days remaining to beat the 28-day record, Ryan Sandes and Ryno Griesel are racing through the cobbled-together network that is the Great Himalaya Trail.

This is not your typical FKT. Now 209 hours into their attempt, Sandes and his running partner, Griesel, find themselves ahead of the current fastest known time.

On Feb. 28, the duo set off to best Andrew Porter’s 28-day FKT on the Great Himalaya Trail (GHT). The trail presents a Cannonball Run of sorts through an amalgam of various trails connecting the upper (GHT High) and middle (GHT Cultural) routes. Sandes and Griesel will attempt to navigate the fastest possible route west to east through snowy mountain passes and small Nepalese villages.

Here’s the gear they’re bringing and the details on how they hope to set the record on this unorthodox trail.

The duo note that because of the unusual nature of the route, different FKTs exist for it. They’re targeting Porter’s west-to-east mark (28:13:56), hitting the same 10 checkpoints he did. This route begins at Hilsa on Nepal’s Tibetan border and ends in the town of Pashupatinagar on the Indian border. 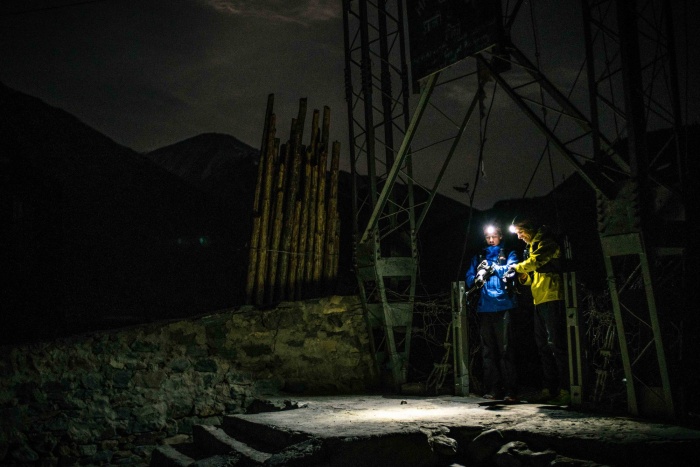 According to the pair’s live tracker, they are 84 km ahead of Porter’s pace at the 209-hour mark. And it’s important to note that to fairly challenge Porter’s time, they’ll have to abide by the same restrictions. 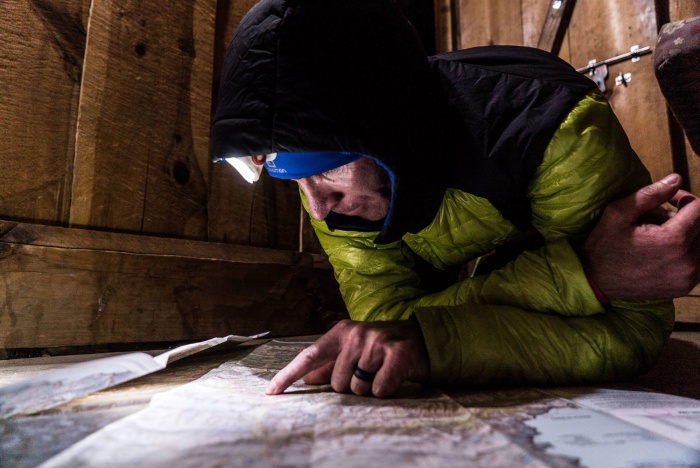 As such, they must self-navigate the network of trails through mountains, rhododendron forests, and villages. They are wearing Salomon 20L packs stuffed with bars, energy supplements, and any critical gear for the segment they’re on. But they won’t use porters or mules. Instead, they will resupply with extra shorts and snacks at six resupply points (by permit) along the route.

They will only stay in local lodges and inns. And according to production company Wandering Fever‘s documentation of the attempt, Sandes and Griesel will be “completely dependent on [the Nepali people] for food and shelter.”

And for the gear geeks, we can tell you Sandes and Griesel received Salomon sponsorship for the attempt. Both are wearing Salomon XA Alpine trail shoes on the current section. For the rest, Griesel will wear Salomon Sense Rides while Sandes has a pair of prototype shoes.

Good luck to the duo on an ambitious – if unorthodox – attempt.