To most, and Ironman Triathlon is a pinnacle of endurance racing. But to a crazy sliver of elite athletes, it’s not even close to tough enough. Meet the ‘Deca Ironman.’ Ten. Ironmans. In. A. Row.

Back In August, Laura Knoblach, 22, made history as the youngest woman to successfully complete a Deca Ironman. We talked with her to learn what it takes.

The Deca exists within an extreme-niche of the triathlon world, in which participants complete the length of 10 back-to-back Ironmans. Knoblach’s event, the Swiss Ultra, started in Buchs, Switzerland, on August 16. 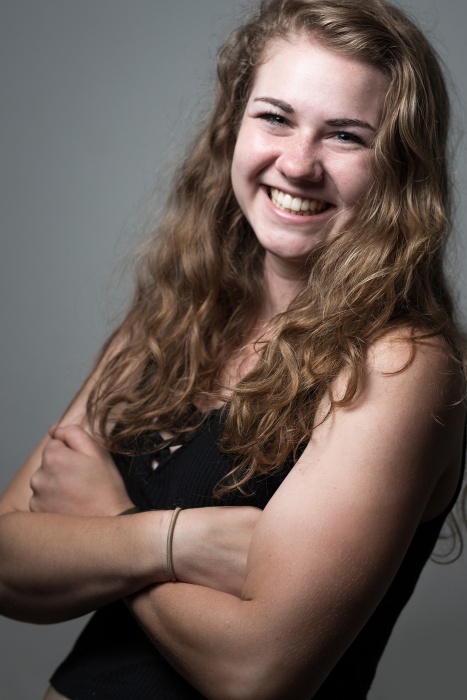 The race takes weeks. As you can imagine, it is a brutal test of endurance and willpower. Each leg is 10 times longer than a normal ironman, with 24 miles of swimming, 1,120 miles of biking, and 262 miles of running.

For any athlete, this is a major undertaking. And at 22, Knoblach already had a lot of experience.

But her finishes in those events never satiated her appetite for ultra endurance. Then, a friend pressured her into signing up for the Deca.

Throughout the race, she battled full-body cramps, sleep exhaustion, hallucinations, and the seemingly impossible.

Inside the Deca: Laura Knoblach Recounts

We reached out to Knoblach to learn about this jaw-dropping feat of endurance. Her responses reveal the true meaning of “beast mode.”

The first event in the Deca was swimming. Participants had 25 hours to swim 750 laps of a 50-meter pool, or 24 miles. Knoblach spent 19 hours during this stage.

Afterwards, she nearly passed out in the shower and was in desperate need of rest. Hence the pants struggle.

She spent a few hours sleeping until it was time to start the bike leg. The cycling consisted of 200 out-and-back loops of a 5.5-mile course along the Rhine River. This segment required much more time than the swim.

She biked 170 miles each day, nearly falling asleep on the saddle. Once she started hallucinating, it was time for bed. She said the experience was similar to driving late at night, when trees suddenly start looking like people.

Her strategy was to capitalize on the bike segment, as she was a better cyclist than a runner. “I tried to finish the bike quickly so that I could have time to comfortably finish the 10 marathons, without feeling crunched for time.”

With one week left in the race, she began the running segment. Contestants ran a 1.25-kilometer loop repeatedly for 262 miles. That’s more than 330 laps!

The transition between the bike and the run was much shorter than from the swim to the bike. When she finished biking, she showered and then started the 10 marathons.

For this stretch, Knoblach took it slow. She walked for the first two days, listening to audiobooks, calling friends and family, and trying to avoid cramps. On day three she started to run.

She gritted through the last segment, and used every ounce of effort just to keep moving. Throughout the race, she said she had very little energy to save face.

Eventually, day after 30-mile day, she came across the finish line.

The Finish: Youngest in Deca History

Her total time was 320 hours, 40 minutes, and 30 seconds. Despite breaking the U.S. Women’s Record by more than 13 hours, she still finished last in the field. There were 16 competitors: 12 men and 4 women.

She slept roughly six hours per night and had to constantly eat and drink to keep going.

Oddly enough, after she finished, she went for a bike ride. The 200 loops along the Rhine River piqued her curiosity.

“I’d spent 6 days wondering what the other side looked like, so after I was finally done with the race, I went sight-seeing.”

But she still hasn’t had enough. Knoblach said she is excited to do another Deca. “Now that I know what to expect out of the race, I’d love to see how I could do if I tried it again,” she said.

5 months ago, I was peer-pressured into signing up for the race of my life by Joey Lichter and Shanda Hill. 1,406 miles and nearly 13 days later, I’m so proud to have finished the race as the youngest in history. It’s been an unforgettable experience, and I could not be happier to be surrounded by such kind, loving, incredible people. ❤️

Up Next: Winter Ultra Racing, or ‘Confessions of a Human Sled Dog’

Saving…
Winter Ultra Racing, or ‘Confessions of a Human Sled Dog’
From Runt to Record-Holder: Kilian Jornet’s Lifetime of Training
×