A see-through mesh upper, a foam outsole, and five sharp studs under the forefoot define the Golden Spike, a shoe coming to market next month from Altra. 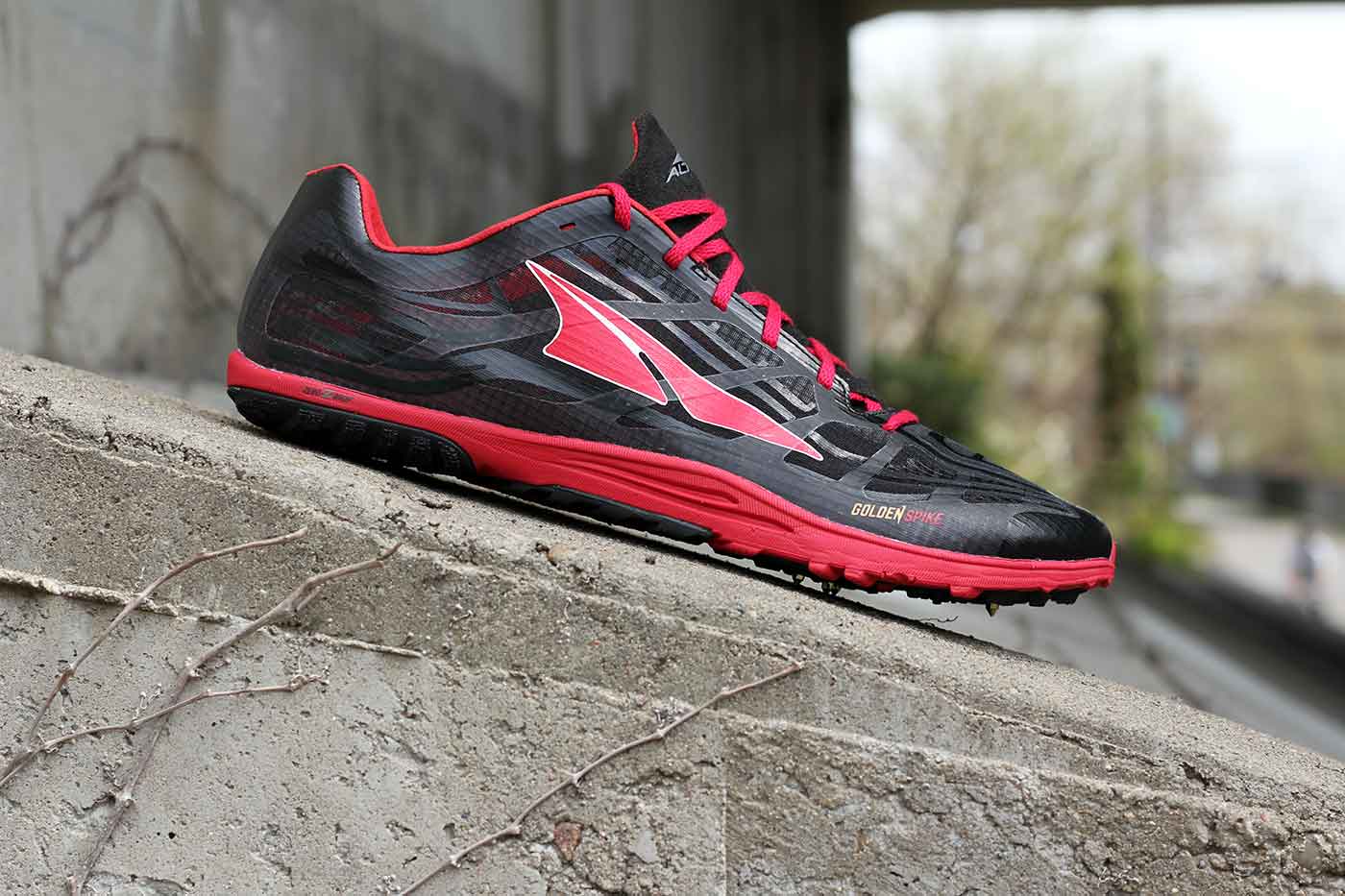 Altra Running, based in Utah, is known for its long-distance trail shoes made for training runs and ultra events. The Golden Spike is off the spectrum for the brand, with sprint events, track, and cross-country running the venue for the new shoe.

We got an early sample for review. Like race cars for your feet, the Golden Spikes do not disappoint in the speed department — they weigh almost nothing and focus all forward motion from the forefoot.

Altra describes the stride as a “powerful toe-off” motion, and in our first test runs the Golden Spike design convinced this shoe is for the sprint-minded only. Don’t try and do much distance in these shoes, and don’t even think about pavement.

Altra rose to popularity over the past few years with its “foot-shape” toe box, which is wider than normal, and a commitment to zero-drop shoes that can aid in a more natural stride.

The Golden Spikes keep both attributes, but the company tuned the rest of the shoe toward sprinters and cross-country athletes.

I ran about three miles on grass and dirt trails on the first test. The shoes were more comfortable than expected. The midsole cushioned despite a chassis with minimal support. The spikes dig in for grip on each stride; it’s especially noticeable on hills.

On dirt trails and turf, the shoes performed almost like “normal” minimal trail runners. Roots and rocks were dampened by the shoes’ midsoles, despite a clicking protest when metal met stone.

They are among the most minimal shoes in house at GearJunkie. On our scale, each shoe (size 12 men’s) measured at a scant 6.5 ounces. That is half the weight of some “lightweight” footwear I own.

The upper is thin, a taut material that serves as a breathable shell for the foot. The laces cinch tight both over the foot and around the front of the ankle. I ran across a beach and hardly a grain of sand got inside the shoes.

Beyond the spikes, the sole has patches of rubber for wear-resistance but is mostly a rugged foam. It’s 15mm thick and absorbs some impact. As noted, the shoes are zero-drop, meaning there is no angle down from heel to toe. This flat-footed design discourages heel-strike running, keeping you up on the balls of your feet and on the spikes. 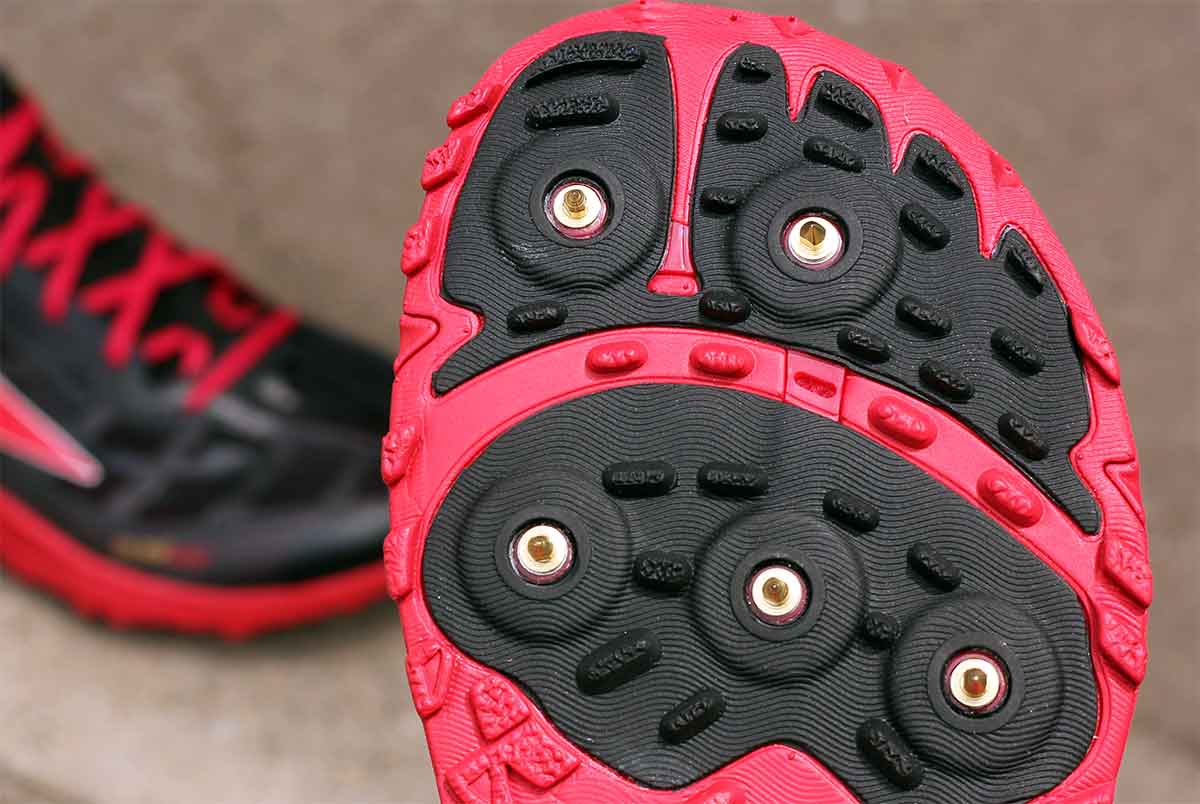 Who should buy these shoes? They are going to be great for high school or college cross-country runners who want a short spike shoe with in a wide forefoot. They are a true race flat and thus not meant for training runs other than top-speed workouts.

They are specialized gear and will be great for racing but probably not much else. Said one of our testers, “They remind me of my track shoes from high school but with a little more cushion.”

About the name: Altra’s founder is a man named Golden Harper. He started competitive running at a young age (including a record 2:45 marathon at age 12).

Secondly, the historical “Golden Spike” of the 19th century, which marked completion of the Transcontinental Railroad, was pounded into tracks near Altra’s Utah headquarters.

Marathons, and certainly not railroad tracks, are not appropriate venues for these shoes. But if you’re looking for more speed or a tool for sprint events on turf, dirt, and tracks, lace up the Altras for a spin.

Up Next: Runner Dies During Patagonian Ultra-Marathon