[leadin]’Dude, get over here and fill up my bladder while I tell you about my FKT. Just don’t get any electrolytes on my costume.'[/leadin]

Ultrarunning is experiencing a moment of historic mass interest and intrigue. But while actually running ultras is important, that’s only one piece of the puzzle. To cash in on the fashionability and badassitude of it all you gotta talk the talk that goes with the (really long) walk.

So, sit back like you’ve attempted a long-trail FKT. Here we offer a lighthearted guide to the vernacular of the ultrarunning set, costumes, drugs, blisters, and hip flexors included in the list.

Terminology (language to get you started)

Maximal: A horrible term for very cushy shoes that are the exact opposite of minimal shoes (see below). Also great for shorter runners wanting to impress the opposite sex with their stature.

100-Milers: Listen, not every ultrarunner has run a 100-miler. That’s like saying every road runner has run a marathon. Ultras have gotten faster and a fast 50K can be an invigorating training challenge. On the other hand, 100s are old news, man. Anyone who wants respect runs a 200-miler now.

Hip flexor: Nobody knows what this is, but we’re pretty sure the human body has one (2?) and it’s definitely causing you pain and slowing your training runs. Strengthen it by laying on your back and humping the air with one leg extended, preferably in a crowded public park.

Drugs: Sure, there is swirling talk about pot use in the sport of ultrarunning. But we’re talking something else: You know they’re probably out there since a lot of big races don’t test and there’s not much of a governing body in the sport. That possibility bums you out, but you’re also fairly confident that a lot of the elite runners you idolize are clean. And in the end, ultras probably aren’t glamorous or financially rewarding enough to attract real sleazeballs some other sports (or other forms of running) have.

Toe shoes: You will be asked about “toe shoes,” but what they mean is Vibram FiveFingers. People will have opinions, and they will stick to them, so form yours now and don’t ever change it. Be a dick about it. As a runner, it’s your obligation.

Minimal: A type of shoe with very little cushion. Also, a type of runner who won’t stop telling you about the benefits of “barefoot” running.

Barefoot: Nobody does this, but for some reason “minimal” shoes somehow equate to barefoot. Go figure.

Fuel: Energy gel? That’s cute. You’re really on board with this new thrice-as-expensive blend of fruit, chia seeds, super-starch, and complex carbohydrates most people probably haven’t heard of, designed to optimize energy release and minimize GI distress. See, the human body just responds better to natural food. Unless the next pinnacle of nutritional engineering includes something you can’t pronounce, in which case science is amazing, man.

Hazards (it’s rough out there!) 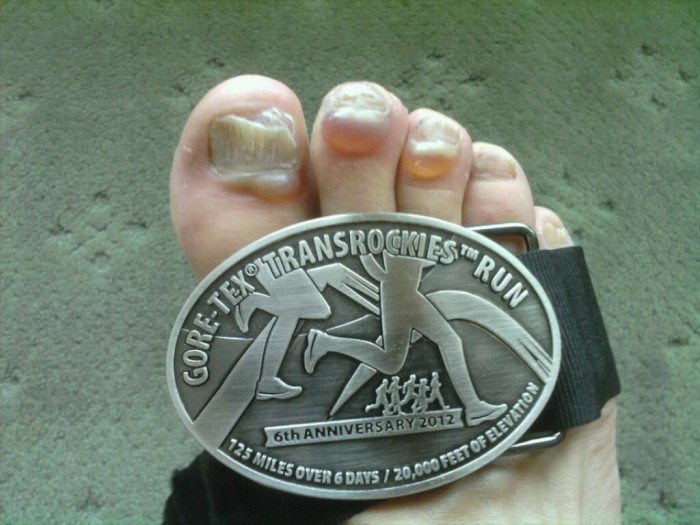 Blisters: You’re not gonna pop that, are you? Nasty. Just be sure to take lots of photos and post them to Facebook right around dinner time.

Puking: Nausea can be the trail runner’s worst enemy and has caused many people to DNF. So if you’re going to get sick, make a display of it, preferably near an aid station or finish line. People will take pity. Be sure to tell your non-runner friends all about it when encouraging them to take up running.

Falling: It hurts your pride as bad as your skin. Damnit, who left a rock there?

Pooping in the woods: Just as you have to eat to complete an ultra, you often have to poop. This is an excellent subject of discussion to be shared with non-runners.

Weather: People will cringe at the thought of running through snow/wind/rain/sleet. But you know nothing is harder than a warm, humid summer day. Pray for cold. You can run all day!

The Gear (because how would you run without complex gear?)

Bladder: A water-hauling device you carry in a vest to ensure a loud sloshing noise that follows you constantly through 100 miles of running. Also useful in ensuring a sopping shirt of back-sweat. 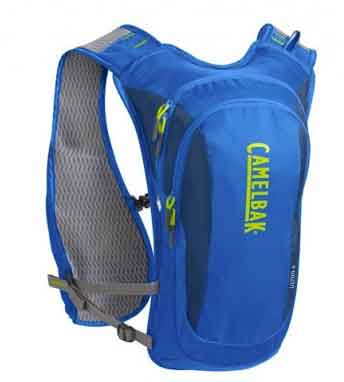 Vest: Covered in sticky old energy gel and hundreds of miles of back sweat, boogers, and dirt, never wash this key item of running gear lest you remove the good luck from past races.

Handheld: A water bottle you carry to serve as a buffer between your hand and the ground when you stub your toe and eat it on a rocky trail.

Headlamp: You’ll be running through the night, so lighting is a must-have. Leave it in your backpack and forget about it until after the sun sets to ensure the battery is stone cold dead and you’re 10 miles from the nearest aid station.

Costume: Wearing a costume during a race is a visual cue that this race is a “C” race, which saves you the trouble of repeatedly shouting “I’m not trying, guys!”

Born to Run: You actually read it before it was cool, back in 2009, before Matthew McConaughey was getting cast for the movie; even before adult men starting adding the prefix “barefoot” to their names and insisted on wearing Vibram FiveFingers (see above) to weddings. Under no circumstances admit that, upon first reading, it spoke to your weirdly primal desire to ditch your shoes and chase a gazelle to the death.

Dean Karnazes: It might sound like you’re dismissive about his race results and self-promoting acumen, but you’re actually seethingly jealous that he has a North Face sponsorship and you don’t.

Ragnar: No nuance here. You can’t stand your own stench after a humid run in August, so why would you cram into a van full of that? Mmmm, human potpourri.

Prize Money: More money in ultrarunning means it’s getting more popular; more attention and development could be great, and the talent being drawn in by potential paydays is lending legitimacy to ultras. But you also hope it doesn’t ruin the down-to-earth, low-key nature of races, or become a corrupting influence. Under the guise of joking, admit you liked it better when fast runners stuck to the roads and left the scraps for those of us running ultras.

The November Project: It’s great that people are discovering the benefits of consistency and comraderie in exercise. And they all seem so happy. Cheers. But you’d like to point out that runners have been meeting in early-morning groups since before the NP founders were born. You don’t really like to be “recruited” or have your toughness questioned, since your morning run is usually longer than a NP workout, and yes, you run outside when it’s cold. What you’re saying is, to each his own, but if they spraypaint that stencil logo onto your $150 North Face running jacket, you will disembowel someone with your bare hands. And no, you’re not jealous of how cheerful they all are. Why does everyone keep asking that?

It’s all about opposites. If you have a road or track background, you initially scoffed when you saw the trails replete with trucker hat-wearing, pack-carrying ultrarunners.

But as you got into it, you recognized how convenient a pack or handheld could be for portable calories and water, especially as you developed a better appreciation for the trudging, all-day, strength-based nature of ultras. God help you, you even saw the benefits of a good cheap trucker hat, which provides a lot of coverage, takes up a lot of sweat, and is even pretty comfortable.

On the other hand, if you started running later and hopped right into the trail scene, you probably started out with more accessories. Better safe than sorry, and your only basis for comparison was other trail runners with their hats, packs, and plaid.

As you shed a few pounds and got a little quicker, you reached a point where you could travel further with less; you ditched the mobile gear closet piece-by-piece until, one day at a starting line, you were wearing nothing but shorts, shoes, and a shirt, with a bottle tucked behind and a few gels in your pockets. Look at these schmucks, all geared up, you thought smugly to yourself – what do they even know about running?

So there’s your primer to talking like an ultrarunner. Hip to the jargon? Toss your latest lingo in the comments below.