Home » Endurance » Running » Think Ironman Is Too Easy? Get Heavy With Leadman

Is one 100-mile trail race not tough enough for you? The Leadman Series offers the next level of challenge for endurance athletes.

As a GearJunkie reader, chances are you’ve completed some sort of endurance run or ride. Then another one — further, faster, or both. And if you’re anything like us, each time you’ve thought, “what’s next?”

“If you can handle a marathon, you might look to a 50-miler, then a 100-miler,” said Josh Colley, the Race Director for the Leadville Race Series, based in the sky-high former mining Colorado town for which the races are named. “Endurance athletes are looking for that next challenge, saying ‘if I’m that good, can I be even better?’”

“The next challenge” might be the best way to sum up the Leadman Series, founded in 2003.

The privilege of putting yourself through two punishing months of racing on dirt above 10,000 feet will set you back $775, not including travel, lodging, equipment, and so on. It also is capped at about 100 entrants per year, so you must enter early. 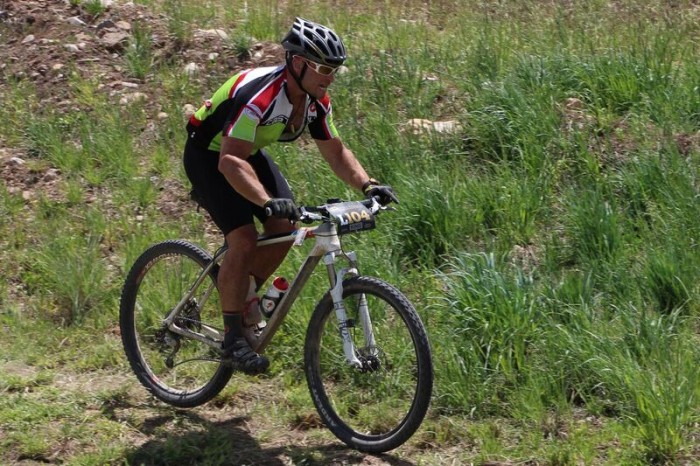 An Option For More

While Leadman hopefuls can choose between the 50-mile bike or run, which take place on July 9 and 10, respectively, Colley said many choose to do both for the extra recognition of “Silver Queen” or “Silver King.”

The crux of this cramped schedule comes during the 10K run, which takes place one day after the 100-mile MTB, and just six days before the 100-mile run.

“There’s the comedy of watching the Leadmen drag themselves up and down the boulevard for the 10K,” said Jason Antin, of Golden, Colorado, who completed the Leadman series in 2014. “It’s got to be the most expensive, and slowest, recovery run I’ve ever done.”

Maybe the question with Leadman isn’t “how,” but rather “why?” The simplest answer in the crazy, at times irrational world of endurance sports, might be that we simply want to one-up the hardest thing we or our friends have done. If bragging rights are what drive you — and we think they might be, at least a little, if you’re still reading — consider being able to tell your Ironman friends that you’ve done something harder.

While the three-sports-in-one-day nature of the Ironman triathlon, along with timing and logistics of swimming and transitions, make it uniquely challenging, Colley said, the Leadman series is harder because of the remote, crowded, rough-and-tumble nature of the races.

“In the bike races, you’re riding in a crowd, where you could more likely have a crash,” he said. “On dirt, for 30 hours on foot, for multiple events, with potentially volatile mountain weather for each, there are a lot of ways to DNF. There is a lot that can go wrong.”

Not to mention the Leadman requires multiple ultra-distance events.

“I think the great equalizer is the 100-mile run at the end,” Colley said. “That’s such a monumental challenge on its own, but then put it just seven days after a 100-mile bike, and six days after the 10K.”

Antin said he trained three times per day to prepare for the 2014 series, but that walking the line between fitness and health was key.

“The Leadman Series is a battle of durability and attrition,” he said. “If you are overtrained or injured and you can’t toe the line and complete the next event, you are done for the season. You need to remain healthy and keep the axe to the grindstone.”

Amazingly, Colley said, the Leadman series on the whole typically sees higher finishing rates than the 100-mile bike or 100-mile run on their own.

“Last year, the Leadman finishing rate was about 46 percent, and it was 45 percent the year before,” he said. “[Overall,] the 100-mile mountain bike had about a 40 percent finishing rate, and the run had about a 30 percent rate.” 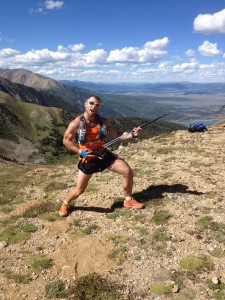 In its first year, only four of 12 starters finished the series.

“That higher rate tells you that the Leadmen and Leadwomen take it really seriously, and have a lot riding on each race,” he said. “Plus, they’ve got it dialed in if they’ve made it this far in the series.”

As with the Leadville Trail 100 — which unlike many other 100-mile trail ultramarathons, requires no prerequisite race performance or other qualifiers — the entire Leadman series is open to anyone, though entries are capped around 100 each year.

The absence of qualifiers or prerequisite races might turn some heads — is it safe to let just anyone run and ride multiple mountain ultras? But Colley said the series holds the hardest events for last for that reason. 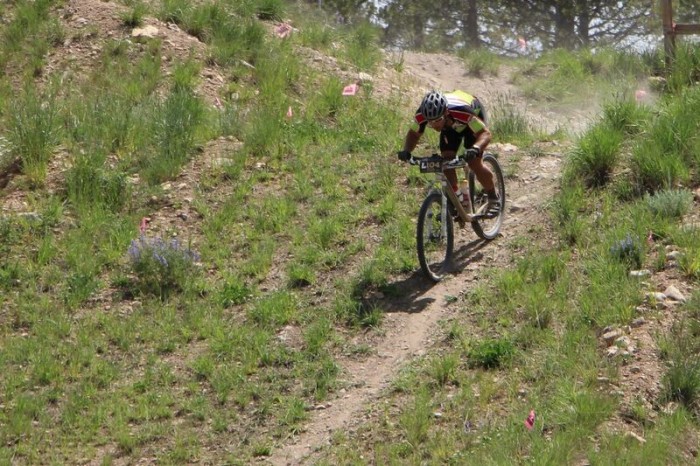 “We have the biggest events last so that, if they come to the marathon and didn’t realize the effect of the altitude, or find that they’re in over their head, it kind of weeds them out,” he said. “No, no one has died.”

Colley also points out one unforeseen perk to registering for the entire series, rather than the individual races: a Leadman registration will automatically get you into the Leadville Trail 100 MTB and Run, which both have a registration lottery and typically fill up much faster than Leadman. If that 100-miler is really on your bucket list, running and biking huge distances to get there isn’t really too high a price, right?

The Next Big Thing

In keeping with the spirit that founded Leadman, Colley said the organizers have entertained ways to make the series even more challenging.

“It still comes down to, ‘what’s next and what else can I do?’” he said. “100-milers have almost become commonplace. You have guys who have finished the 100-mile mountain bike 23 straight years, or the 100-mile run 30 or 31 consecutive times, so why not add 25 miles or a marathon to that?”

He also mentioned incorporating winter sports — Nordic skiing and fat biking, in particular — or coming up with some sort of mountain triathlon.

“None of these are on paper, there are ways to make the races, and the series, more challenging,” Colley continued. “We’re definitely thinking about it.”

Up Next: World’s Highest Tri Debuts In Icy Colorado Waters