Swim, run, swim, repeat. The burgeoning sport of swimrun combines endurance and adventure in an extreme and simple way.

Last year, the exciting and new sport of swimrun finally moved beyond its Scandinavian Roots and exploded onto the world stage, with several events taking place from the United States to New Zealand.

Swimrun’s origins are as iconic as those of triathlon’s Ironman competition. It all started with an alcohol-fueled challenge of “the last team to Sandhamn pays for the hotel, dinner, and drinks” between four friends.

The resulting race took more than a day and left everyone far too tired to party.

In 2006, Ö till Ö (Swedish for island to island) turned the challenge into an official race. That remained the sole event in this new format until 2010 when it caught the attention of the international endurance community. It has seen exponential growth since, the number of events doubling every year. In 2016, swimrun boasted 180 races in 19 countries around the world. 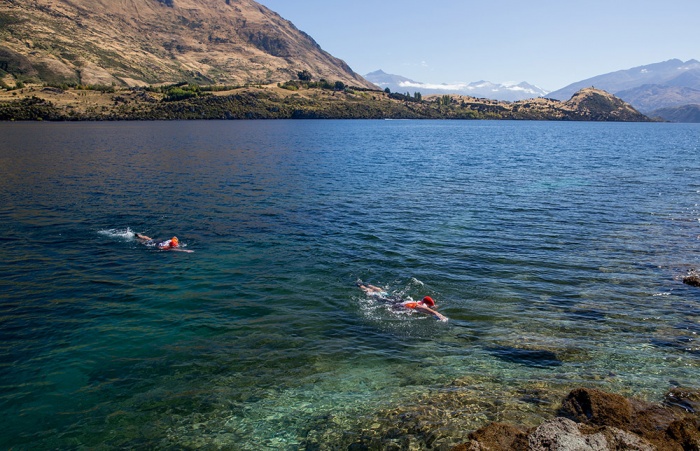 The swimrun format combines swimming and running in multiple stages over the length of a course. Unlike triathlon, there is not a single transition between disciplines. Some of the individual stages are so short that athletes complete the entire race with one set of gear. This usually means swimming in running shoes and running in a wetsuit. Most swimrun events also involve sections of both on- and off-trail running, sometimes with the latter including the challenge of coasteering.

The original events were all big undertakings tackling five miles or more of swimming and as much as a marathon of running. But recent years have seen shorter ‘sprint’ type courses gaining popularity. 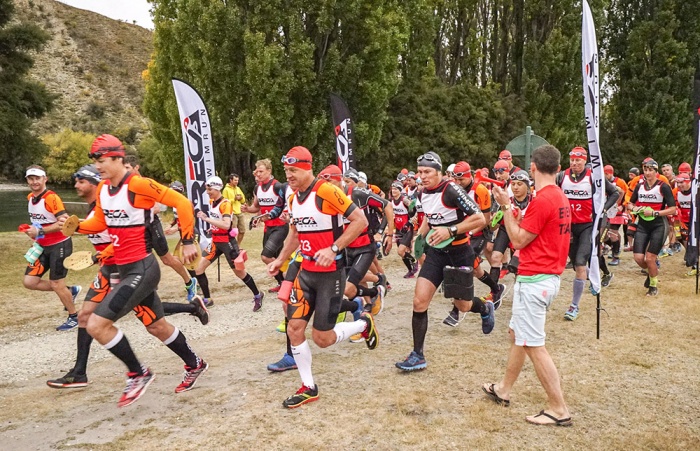 Our Southern Hemisphere correspondent participated in the first-ever race in New Zealand, Breca Wanaka, last March to find out what all the fuss is about. Here he shares five reasons why you should consider swimrun for your next big adventure, and why it is here to stay: 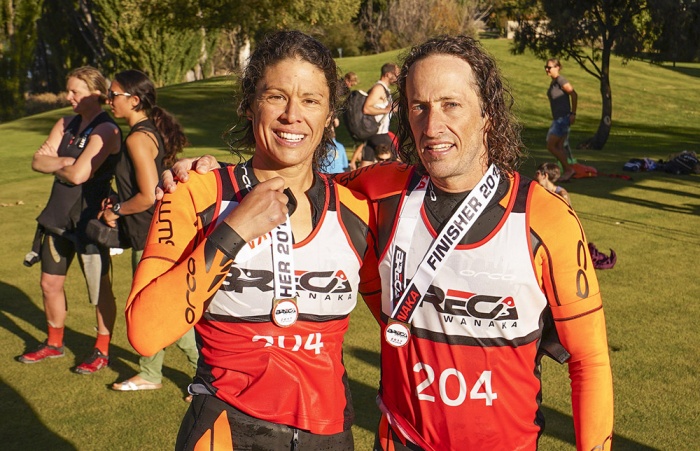 Swimrun offers huge appeal to the triathlete and adventure racer demographic in that it offers a multi-sport challenge. But it feels somewhere between the two. It feels like a triathlon in that it typically follows a marked course (although sometimes compasses are used for bearings during swim sections). Thus, it allows fitness to be a major factor in success.

It feels like adventure racing in the bad-ass factor. Scrambling in and out of the water, leaping off rocky outcroppings, and running in wet shoes with goggles on your head makes you feel like a bit of a crazy person (but in a good way).

Unlike either of these types of events, an entire swimrun kit can fit in a small backpack. As a veteran adventure racer and triathlete, one of the things I hate most about either of these events is the expense and logistics involved in getting mountains of gear to the start line. With swimrun, attend even international events without so much as checked baggage.

I long ago developed a deep respect for distance swimmers, unsung heroes of the athletic world. There are far fewer folks out there who can comfortably swim two miles straight (typically the longest single swim you’d face in even a big swimrun) than who can run a marathon.

So when an event demands both running a marathon and swimming several times this distance split over a number of sections done back to back to back, the pool of folks able to excel on natural talent alone is pretty small. But it’s not the distances alone that make the prospect of tackling a swimrun daunting.

Organizers hold the majority of races in locations with water temperatures between 50 to 60 degrees. Thus, almost all races require wetsuits. If race day is hot, this means that you’re adding a significant challenge of thermoregulation–your body needs to deal with repeated cold water shocks as well as a constant threat of overheating from running in a skin-tight layer of black neoprene.

Because there is no standard format for swimrun in terms of the lengths and number of segments, each race is unique and offers a different experience based on the terrain in which it is held. In this way, swimrun ticks many of the same boxes as adventure racing. I can imagine combining travel and racing to some cool places. Also like AR, most races are set in stunning locations and seek to traverse epic landscapes such as rugged coastlines, chains of islands, or remote beaches.

The natural variability in locations makes each event feel unique.

4) You Get to Compete as a Team 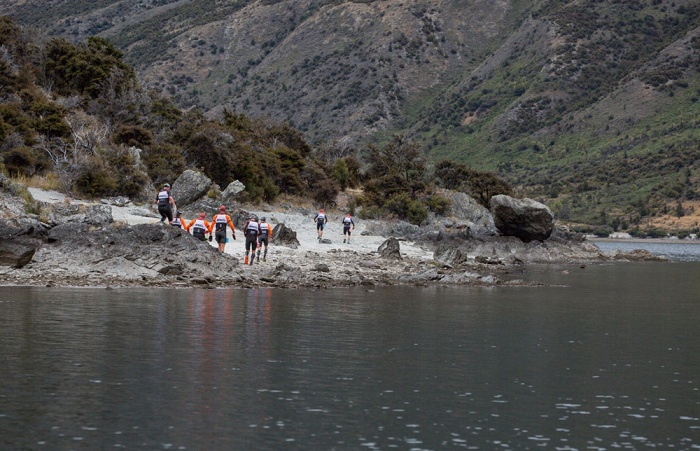 Most swimrun races require teams of two to negotiate the race-course together. This adds both an element of complexity to the proceedings (particularly if you are racing with your spouse as I was), and a level of camaraderie. While this might put those type-A people who want to be solely in charge of their performance off, it is a valuable addition in my eyes.

At the end of the day, at least for most of us mortals, racing isn’t about earning an income or winning. Racing with a partner makes shifting some of the focus toward preserving and supporting a positive relationship during a challenging undertaking a compulsory part of having a successful day out. And ultimately, this makes for a more memorable event whether you cross the finish line in first place or last (as we did).

5) Swimrun Is a Gear Geek’s Dream

The novel challenges of running in a wetsuit and swimming in shoes, along with the rather unconventional and somewhat open-ended rules of swimrun, created a new niche in terms of specialty gear. And gear is cool! Who doesn’t want a new swimrun-tailored wetsuit?

I fully expect the next decade to see continual development and increased offerings in the swimrun specific gear market (if anyone is keen to invent quick-draining running shoes with integrated flip-down fins, get in touch, I’ll invest). One reason for this is because the rules allow for substantial variation of permissible equipment in the swim section. Teammates are not only allowed to tow each other, but they can (in most cases) use other swim aids. Things like pull buoys, hand paddles, and fins aid progress.

Because of its relative newness and the sometimes critical differences between courses, all the kinks about what works best are still far from being ironed out. While many of the teams we raced against in Wanaka used pull buoys and hand paddles, several teams brought fins instead. It took these teams longer at each transition, and they certainly looked awkward running with fins flopping around their waists. But when one of them blew by us during the longest (1.5 mile) swim like we were standing still, all that awkwardness disappeared, replaced by speed that made me jealous.

Simply put, these options in the way teams are able to apply gear strategy to approach the specific challenges of a race adds a level of intrigue not found in more standardized events.

So if you love endurance sports that will test you in a new way, give swimrun a try. A comprehensive calendar of swimrun events around the world, including the 9 events on tap in the USA for 2017, can be found at worldofswimrun.com.

Up Next: 7 Bizarre Items That Powered These UTMB Ultra Runners

Saving…
7 Bizarre Items That Powered These UTMB Ultra Runners
Couch To 50K: My First Ultra In One Month’s Training
×