Mount Everest is a staggeringly dangerous place, yet its call is strong for many who love the mountains. You can now explore it via a 360-degree, multimedia project by Mammut. 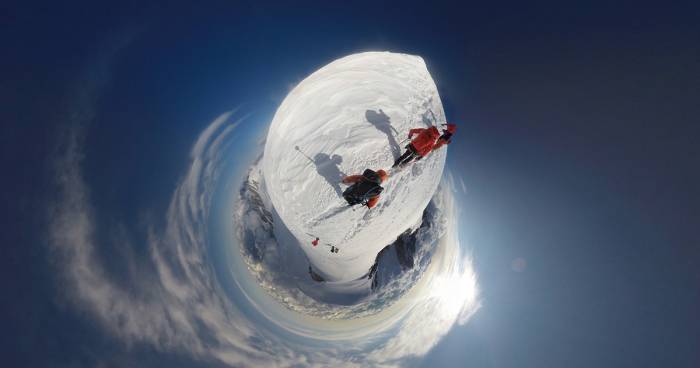 The new media experience offers a virtual experience on Mount Everest. During a summit climb on the mountain last week, Nepalese mountain guides Lakpa Sherpa and Pemba Rinji Sherpa documented the entire route with a 360° camera.

It’s already live online, and the results are stunning. You can explore every step of the way, from Base Camp, through the Khumbu Icefall, Western Cwm, and camps along the way, over the Hillary Step, and to the summit, all from the comfort of your home. 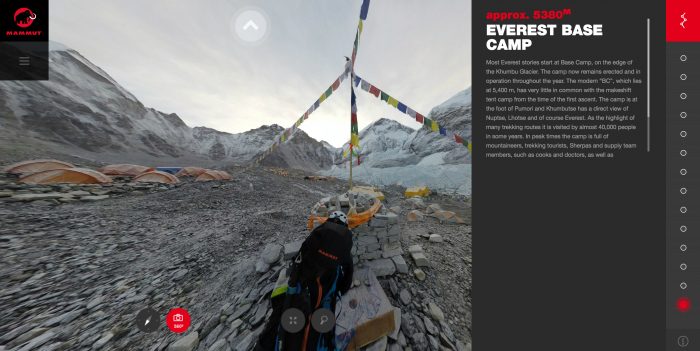 To record the route, the team carried a camera system with a backpack and a cube of six GoPros that record 360-degree imagery and videos. With some serious development moxie, director Matthias Taugwalder finalized a page that can entertain mountain buffs for hours.

Called Mammut’s #project360, it began with a 360º route of the Eiger two years ago. It has now captured more than 40 routes in the Alps and worldwide.

While shooting the immersive video, the four men climbed from base camp at 5,380 meters to the summit at 8,848 meters. They passed Everest icons along the way, and viewers can experience scenes from the steep, icy Lhotse Face and technical cruxes of the Yellow Band, Geneva Spur, and the Hillary Step. 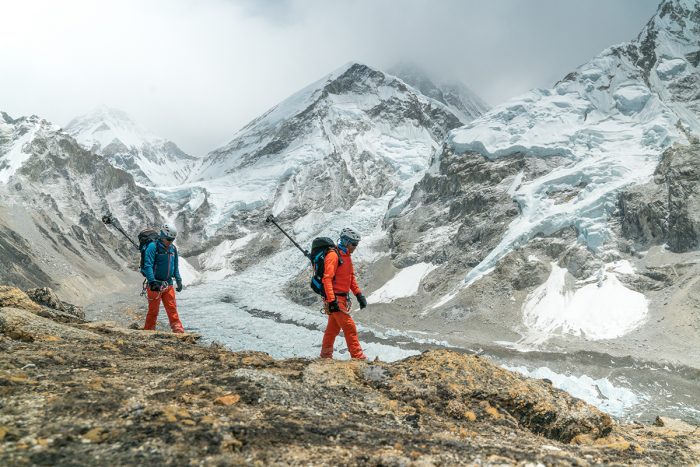 The project is really spectacular. We invite you to click around and explore the dangerous, frozen route on the roof of the world.

Up Next: Mount Everest: American Woman Summits Without Supplemental O2