‘THE RACE FORMAT ENDED UP BROKEN. No teams finished the event. We were swimming with crocodiles, staring down their yellow eyes at night as we breast-stroked by with our backpacks on.’
— Jason Magness, GearJunkie Contributing Editor, racing as captain of Team YogaSlackers during the 2015 Adventure Racing World Championships. 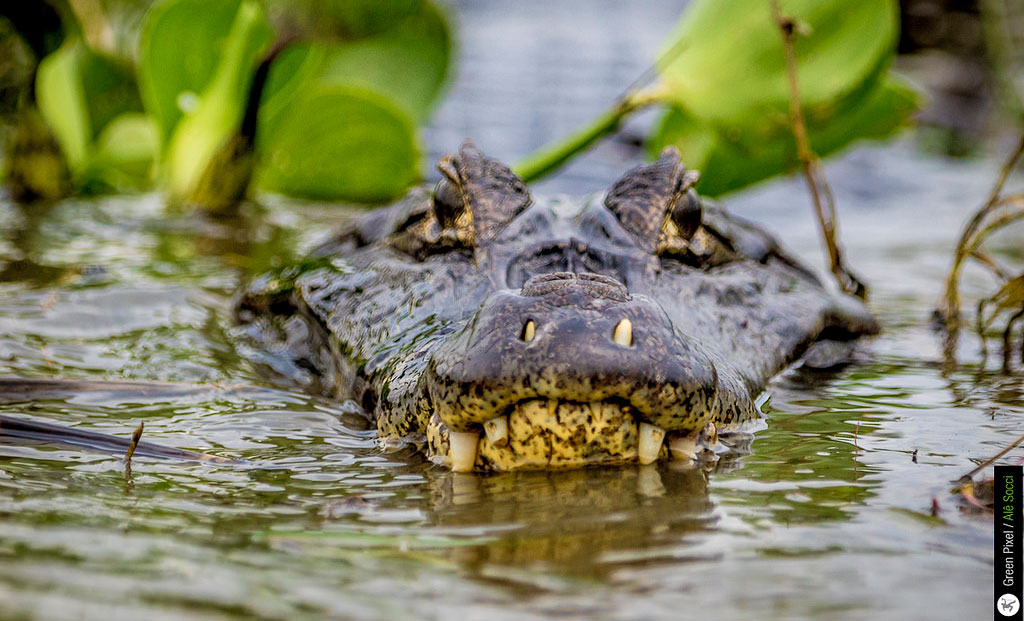 The Adventure Racing World Championships wrapped up earlier this month in Corumba, a town in remote southwestern Brazil.

It was, by many measures, the most difficult, dangerous, and chaotic championship race in the history of the sport.

Thirty-two teams from around the globe had converged to trek, paddle, bike, and navigate a 700KM course through the flood plains, hills and swamps of the Pantanal, the world’s largest tropical wetland area.

On November 14th, as a tropical heat wave swelled over the region, the pack of international teams — 128 racers in all, support staff, medics, and media — were boated to the most remote start line in memory. An up-river paddle began the event; once off, teams would see no civilization until they reached the finish line back in Corumba a week later.

The Adventure Racing World Championships is billed as the top endurance event on the planet. Individual segments on the course might require 24 hours or more to complete.

The format is non-stop, meaning you sleep (or don’t) on the race clock, with most squads pushing through multiple days on just a few hours of rest.

In Brazil this year the race was more difficult than ever. Almost every team got lost. Some requested directions via GPS communicators (normally illegal in competition) and a checkpoint was missing early in the course, causing confusion.

After days out there, near the end, a group of teams refused to go on from a remote outpost. The race directors were forced to fly teams out one by one on a small airplane.

Team Seagate of New Zealand was one of only a handful of squads who did not get the airlift. The team dominated the event, taking first place after nearly seven days of nonstop racing despite dehydration, heat stroke, and a stingray attack.

“It was just on the arch of my foot,” Seagate’s Chris Forne told Sleepmonsters.com of the sting, “and I whimpered quietly to myself for a few hours, then it swelled up a lot, but then it was gone all of a sudden.”

Maladies On The Course

Flesh wounds and worse were common in the race, which included participants experiencing all manner of chafing, blisters, cuts and bug bites. Some received IVs at aid stations to stave off dehydration.

Hot and dry treks were contrasted with endless paddles in kayaks and pack-rafts. Most racers gave up on finding fresh water and drank straight from the swamp.

Fa’avae is considered among the best in the endurance-sports game. He said the Brazil championships was the hardest race of his life. Fa’avae will now retire from the sport.

But even Team Seagate did not finish the entire race course. Time constraints and significant safety concerns forced the race organizers to cut out portions of the route and ordering in the aforementioned airplane evacuation of dozens of the world’s best endurance athletes.

“The Pantanal is a bizarre place, and I still am not quite sure what type of terrain we were in,” said Kyle Peter, captain of Tecnu Extreme, an American squad that took 8th place.

“At times I thought I was living inside an aquarium,” Peter said, adding that the course was “way too long,” and that his team ran out of food on almost every leg. “We were attacked by mosquitos, ants, and Africanized Bees constantly.”

“It was definitely crazy, and it was a complete crap show, too,” said Jason Magness, a GearJunkie contributing editor who was racing as captain of Team YogaSlackers, an Oregon-based squad currently ranked 9th in the world.

“The course designer completely underestimated almost everything, with some sections taking almost triple the estimated time to complete.”

Running out of food on almost every leg added to the mental difficulty of staying on course, Magness said. Crossing the area’s vast floodplains — an area devoid of navigational landmarks — was nearly impossible.

Overwhelming heat did not help. Magness said the swamps and rivers were bathtub-hot. “I never thought heat stroke was possible while immersed in water,” he said.

At multiple points his team trekked and swam for hours on end, trudging toward checkpoints spaced as far as 30 miles apart.

The extraordinary conditions created chaos on the course. Water was scarce in the hottest and most exposed parts. Wild animals were everywhere, including caimans, snakes, poisonous spiders, and stingrays.

“Trekking through the floodplains we were eye to eye with crocodiles,” said Magness, referring to the caiman that live in the region.

Magness has completed expedition-length adventure races around the world. He said the Brazil race dissolved into “survival first, then the race competition as a second priority.”

Commenting after the event, he regards it as “one of the most amazing expedition experiences” of his life, but certainly not a well organized race meant to test the world’s best teams against each other.

The survival sentiment was seen throughout the race pack and staff. Despite rules citing disqualification for using GPS trackers on the course, some of the top teams — after becoming hopelessly lost — took out their devices and requested aid.

However, to the consternation of many racers, no penalties in the end were given for those infractions, Magness said.

Nick Gracie of GODZone Adventure Team noted in a report on Sleepmonsters that the event “turned out to be the most brutal race we have ever done.”

He said the heat plus “very difficult navigation on 1:100,000 scale maps with little detail” as well as poor time estimates by the race organizers that caused teams to run out of food were major factors.

As one example, Gracie noted the race director had given a time estimate of between 13 and 22 hours for a pack-rafting section halfway through the course, and therefore teams had packed 24 hours’ worth of food.

In the end, it took the quickest team 39 hours to complete and the slowest team 55 hours — more than two full days! — to complete just one piece of the mega course.

But of even more concern to Gracie was the unfair use of GPS devices on the course. “It had been crystal clear in the rules that if we used the [GPS] emergency device we would be automatically disqualified from the race.”

He wrote: “Their use clearly had an impact on performance and [teams’] finishing positions, and have left many other teams dispirited and baffled.”

“The race organizers were ambitious and certainly showcased a beautiful part of the planet but they just made it too long and too hard and if you ask any racers it’s really not what we want,” concluded Gracie,

Noted Tecnu’s Kyle Peter, “It was clear that if the GPS was used, our race would be over [via disqualification]. The teams that used GPS to get assistance must have been in such dire straights that they were willing to give up their competition in order to get help and survive.”

“But I am unsure who wouldn’t in that environment.” He continued, “I am not sure the Pantanal is equipped to host such an event, but it is more than ready to host some wild and pure adventure, and that is what we got.”

By the time a huge storm arrived on day six, the race had devolved into a “Wild West feel,” according to Magness.

Race staff at remote outposts were cut-off from communication. Pockets of racers were scattered over a swampy, crocodile-filled course. They all shared one goal — to somehow get out of the wilderness and back to the town of Corumba.

“At that point, no one really had any information about rules or rankings,” Magness said. “And, to be honest, most of us didn’t care. We just wanted to survive.” 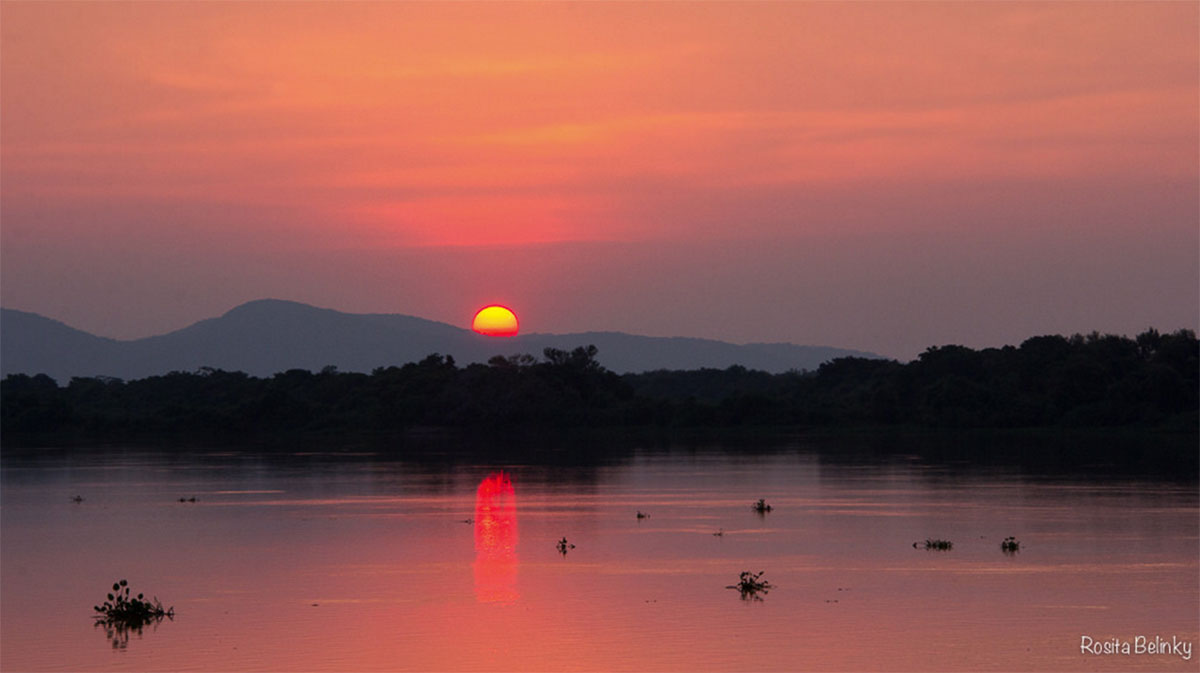