3D printing will soon be commercially available for any runner looking for the latest in shoe technology (and the ultimate fit). 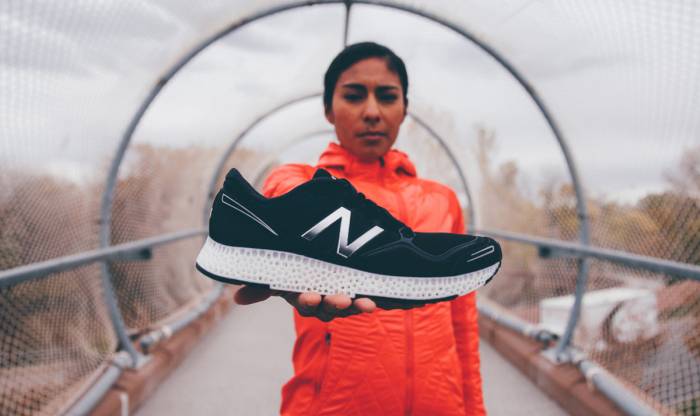 New Balance announced today it will launch its first high performance running shoe with a 3D printed midsole. While other brands are also developing the technology, this is the first that has a release date: The shoes will be on display at the Consumer Electronics Show in January and for sale first in Boston in April, then at New Balance retail locations around the globe.

The 3D printed shoes are made through a collaboration with 3D Systems’ newly developed elastomeric powder, called DuraForm Flex TPU. A “laser sintering” process converts the powder into solid sections layer by layer to make a custom shoe.

The company is thin on details. The shoe has not yet been named, but it is being referred to as “New Balance’s 3D Printed Performance Running Shoe.”

No price has been released, but it will likely be “more expensive than a traditional running shoe but still appealing to the consumer interested in having the latest innovation in running gear,” according to a spokeswoman.

Final weights and other specs are also not yet available. 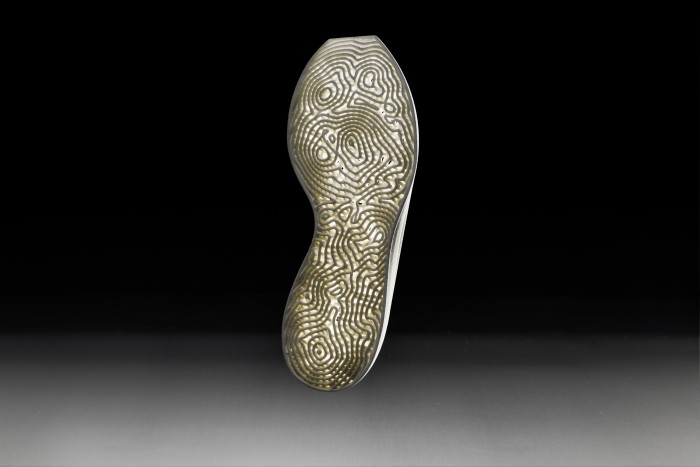 According to New Balance, “the new midsoles leverage the benefits of 3D printing and breakthroughs in materials science to achieve a balance of flexibility, strength, weight and durability.”

The brand goes on:

“The latest designs of the 3D printed midsole are based on underfoot pressure data from heel strikers with more cushioning elements in areas of higher average pressure. For midsole production, New Balance uses selective laser sintering (SLS), a process that converts powder materials into solid cross-sections, layer by layer, using a laser. DuraForm Flex TPU powder gives the resulting parts a previously unavailable combination of strength and elasticity that is ideal for performance running shoes.” 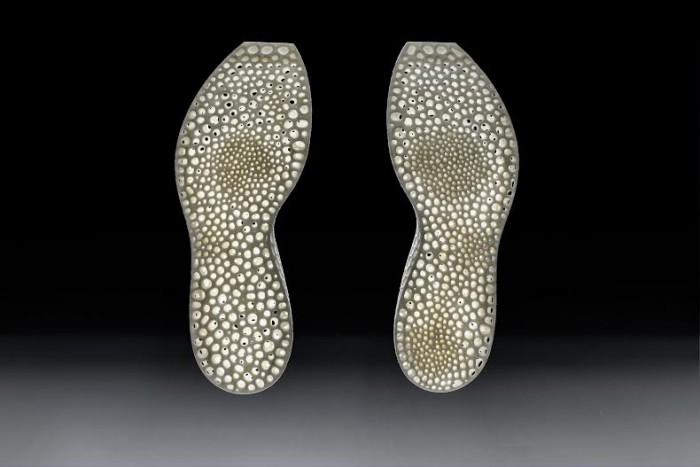 Since then Team New Balance athletes have continued to compete in custom, printed spikes, including US Olympic Athlete Kim Conley at the 2014 USATF Outdoor National Championships where she came in first in the 10,000m.