The Dometic CFX3 is all you could ever want in a mobile refrigerator-freezer but with a hefty price tag.

The Swedish brand Dometic announced over the weekend the release of six new powered coolers. The CFX3 line, ranging from roughly 35 L to 100 L in capacity, promises to be the most rugged, advanced, and feature-laden set of electric coolers Dometic has ever produced.

Last October, Dometic invited me on a multiday overlanding trip over the rugged landscape and widely variable environments of Baja for a sneak peek at the CFX3 lineup for this first impression. I came away amazed by the ruggedness and capabilities of Dometic’s new generation of powered coolers.

The CFX3 line represents the pinnacle of design by a company with a proven track record of producing reliable and efficient 12V thermoelectric coolers. The CFX3 coolers easily survived off-road travel, rough handling, and kept sensitive foods fresh in extremely challenging conditions. These abilities do come with a cost as the CFX3 line comes with premium pricing.

The clean aesthetic of the Dometic CFX3 cooler belies its ability to handle abuse. An ExoFrame with protected edges defended against impacts while aluminum-alloy handles kept all CFX coolers bound and intact while bouncing down washboard and stone-laden doubletrack. 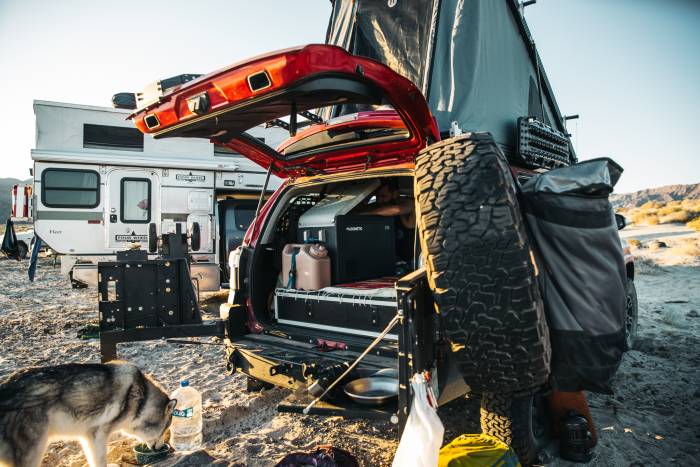 Dometic’s proprietary variable motor speed optimization (VMSO3) compressors never faltered regardless of boulder-strewn terrain or constant dust and sand. And the internal temperatures held steady in the widespread temperatures of Baja: direct and blazing sun, misty and windy cold, and everything in between.

The single-motion latches reliably opened and closed the coolers despite being constantly inundated by sand and grubby hands. And a two-prong 12V plug, which locked down with a threaded collar, hinted at Dometic’s commitment to dependability during harsh use.

Finally, the onboard soft-touch user interface is IP65-rated and certified as weatherproof.

Dometic equips the CFX3 line of coolers with high-end conveniences that contrasted their ruggedness. First up was Bluetooth connectivity to a CFX3 phone app that provided visual confirmation of temperature and power consumption.

The app could also send alerts if the temperature ever deviated from set levels. Additionally, the onboard display panel utilizes a high-resolution color display panel that was visible in sunlight. 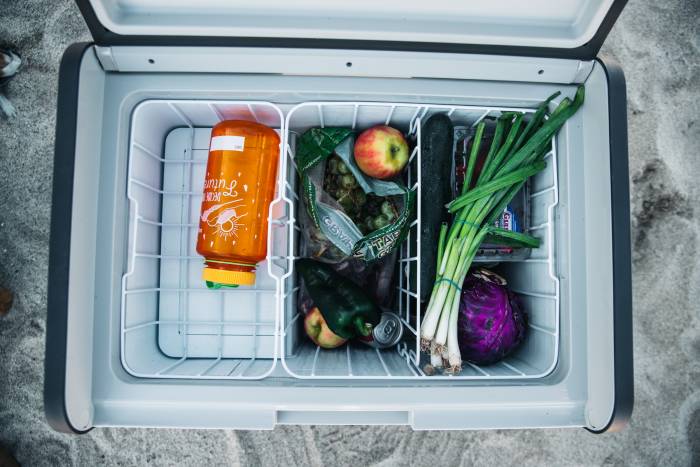 The CFX3 75DZ and 95DZ models have two separate compartments with independent controls, which allowed simultaneous cooling and freezing. All CFX3 powered coolers are capable of maintaining temperatures down to -7 degrees F.

Current draw and cooling efficiency are paramount to the off-grid adventurer. This held true during our Baja trip, as plugging in wasn’t an option at any destination.

The VMSO3 compressor’s efficiency combined with Active Gasket Technology assured low power consumption. A senior product manager stated a rule of thumb of roughly 1 Ah per hour to hold an internal temperature of 38 degrees F with an external temperature of 90 degrees F, with slight variations based on the model.

This 1Ah-per-hour rate mates well with Dometic’s own PLB40 power supply, which was also in play in Baja. The 40Ah capacity of the lithium battery pack is the perfect weekend solution and proved vital in Baja for the vehicles without auxiliary batteries.

For context, Dometic advertises that “the Dometic CFX3 freezes down to –22 °C / –7 °F while using less power than a 60 W lightbulb.”

For use without a secondary battery, the CFX3 line includes a three-stage dynamic battery protection system that prevents complete draining of a starter battery and allows deep draw on dual-battery systems.

The most significant new feature presented, which also happens to be an industry first, was the ability to make ice. The CFX3 55IM model has a rapid-freeze plate that formed ice in a few hours in included silicone ice trays.

The remainder of the single-compartment cooler continued to operate as a refrigerator during ice-forming duties.

To this whiskey-lover, this was a very pleasant treat. Never would I have imagined a portable 12V cooler being capable of forming ice. The game has changed indeed for the whiskey-sipping ritual that ends most overlanding days for me.

The Dometic CFX3 line seems to have it all: rugged dependability, high-end modern conveniences, energy efficiency, and good looks from a brand with a proven history in 12V coolers. The icing on the cake is the ice-making capability of one model.

And, most importantly, over 6 days of travel across rugged environments and heavy use by a large group, the CFX3’s never faltered. Mission-critical items like raw shrimp and Stolichnaya vodka were never compromised. 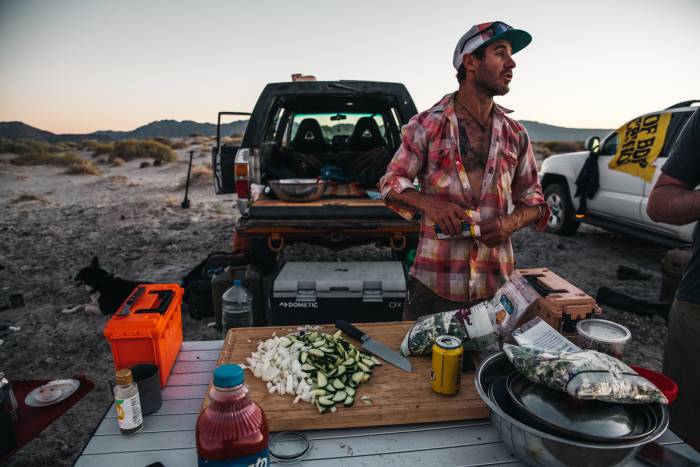 But this impressive package comes with an equally impressive price tag. Prices start at an MSRP of $900 and go to a wallet-stripping $1,400. But for those who demand the best and expect the worst conditions, the Dometic CFX3 is a formidable and entirely capable lineup.

The Dometic CFX3 powered coolers will be available starting February 1, 2020.

Up Next: Pelican Launches ‘Cargo Cases’ for Your Truck, Car, or SUV