Yes, there’s a time and place for the disposable cooler. But now there’s no excuse for that cooler to be Styrofoam. With the Ohana Cooler, Vericool joins the ranks of biodegradable, post-consumer-recycled, disposable coolers that cost just a few dollars each.

Styrofoam is garbage. Quite literally, every bit of Styrofoam ever created still exists either in landfills or, sadly, the forests, plains, or oceans of the Earth. Some experts estimate that it takes 500 years for it to degrade. It’s time we do better. 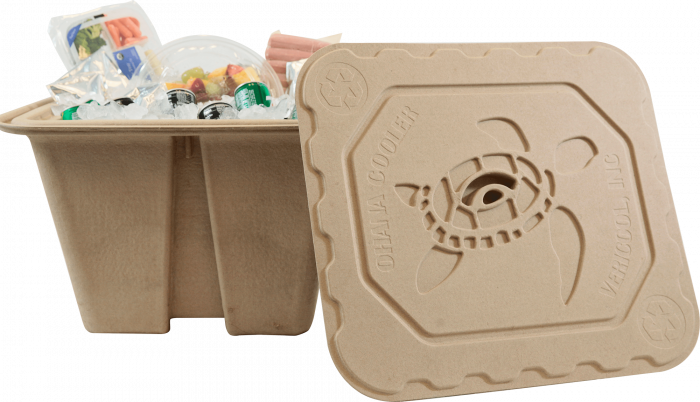 Now, there’s another alternative to Styrofoam coolers. The newest entry in the small-but-growing biodegradable cooler market is the Ohana Cooler from Vericool. Much like the Igloo RECOOL biodegradable cooler we awarded Best In Show at Outdoor Retailer Snow Show earlier this year, its makers intend the Ohana Cooler to be used a few times. Gas stations and big-box stores can replace their Styrofoam coolers with these and reduce the amount of plastic that ends up in landfills.

And while the Ohana Cooler will also eventually get thrown away, you can recycle it like cardboard or it will biodegrade — again, like cardboard.

Ohana Cooler: What It Is

Designed in Maui after Hawaii banned Styrofoam coolers, the Ohana Cooler is affordable (under $10), reusable, and easily placed in curbside recycling. Launching as a 32-quart cooler, the Ohana meets the needs of environmentally conscious consumers who want an affordable and sustainable alternative to EPS (Styrofoam) coolers.

Made entirely of post-consumer materials, the Ohana Cooler can hold up to 100 pounds of water and ice, according to the brand. It also claims the multiuse coolers can hold water for up to 30 days. 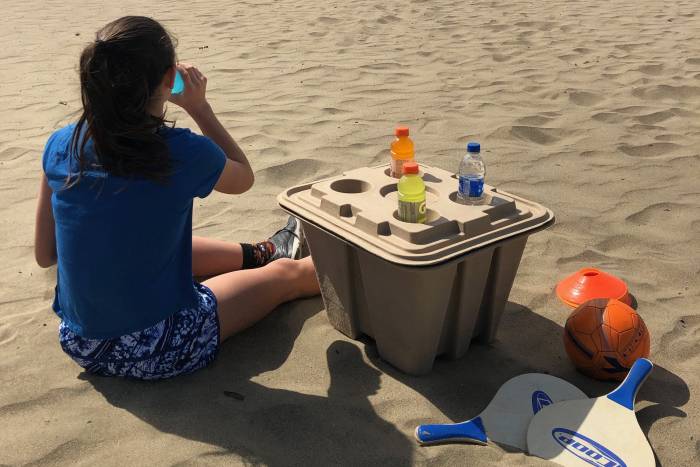 We picked one up and examined it at the Outdoor Retailer Summer Market 2019. It impressed us. It feels stronger than Styrofoam coolers. And with a fun sea turtle design on top, it’s way more classy.

But we really hope to see these sell offline in places like gas stations, big-box stores, and bait shops. It’s time we rethink the way we use plastics and other non-degrading materials, especially for short-lived products. And given that these serve the same purpose as Styrofoam, there’s really no reason to see that garbage on the shelves again.