With ASICS’s latest running shoe, Nike can no longer claim dominance as the fastest shoe on the market. We put the MetaSpeed Sky to the test to see how it stacks up to the vaunted Vaporfly.

It was the super shoe that helped break the 2-hour marathon barrier, and lab tests confirmed it markedly improved running efficiency. It’s the undisputed fastest shoe for serious runners. At least, it was — ASICS is about to change that with the MetaSpeed Sky.

I’ve been testing the MetaSpeed Sky — available for women and men — for the past few weeks, and it’s one of the best shoes I’ve ever tested. Here are my thoughts.

First, some background on these “super shoes.” In 2017, Nike forever changed the sport of running. To stack the odds so Eliud Kipchoge would break the 2-hour marathon, Nike created a super shoe. The Nike Vaporfly 4% is a carbon fiber-plated shoe that got its “4%” from Nike-run lab tests that found it improved running efficiency by 4%.

Later, independent tests confirmed Nike’s 4% claim. Soon after that, the Vaporfly 4% found its way onto the feet of every runner wanting to run faster.

Meanwhile, at the ASICS Institute of Sports Science in Japan, something special was brewing. The ASICS engineers were hard at work analyzing the components of speed in elite runners. In an attempt to improve a runner’s speed through footwear, they narrowed in on the need to increase stride length.

Armed with that data, the team developed two unique super shoes each optimized for the type of runner. The results are the MetaSpeed Sky for the stride runner and MetaSpeed Edge for the cadence runner. 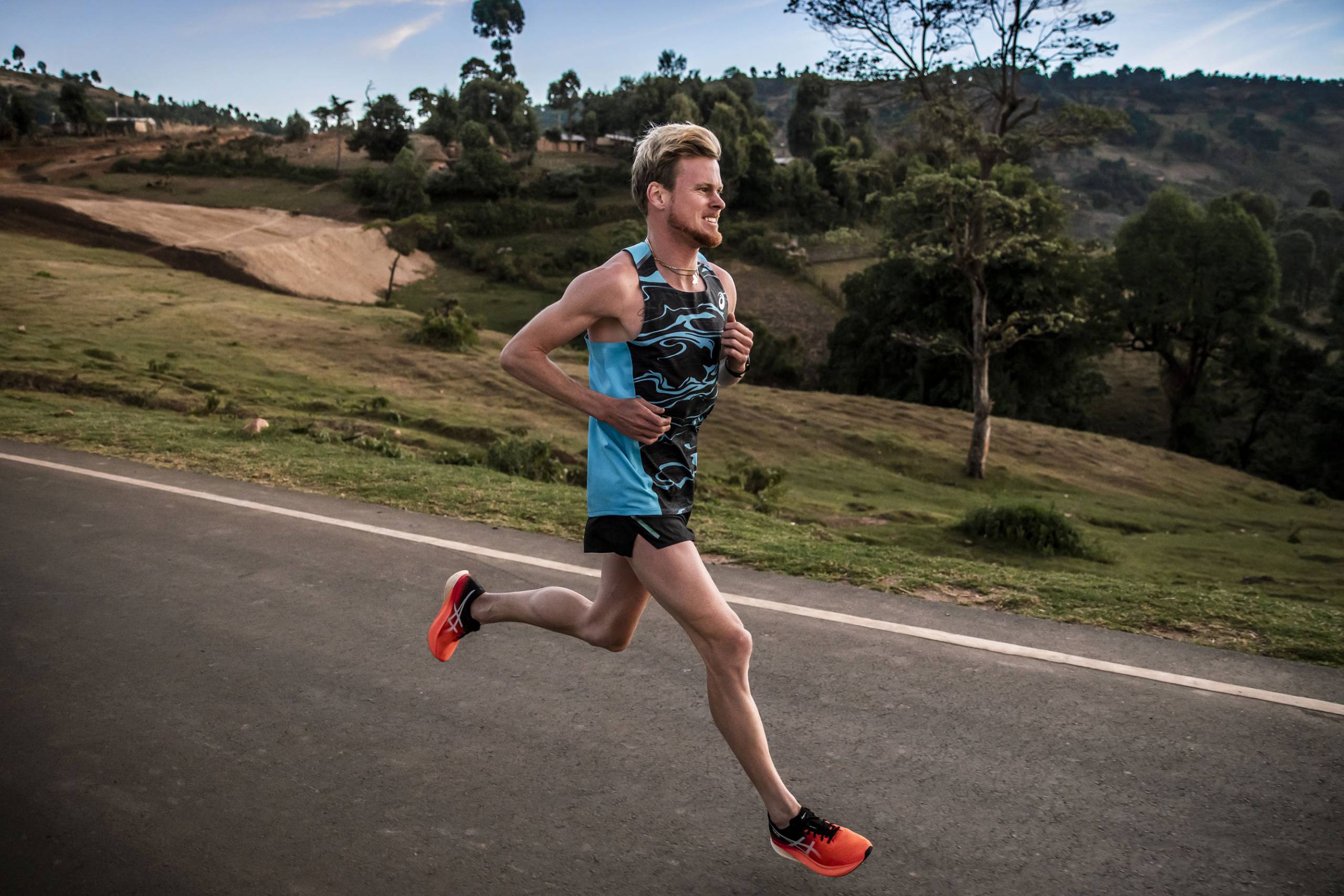 Right out of the box, I was drawn into the aesthetics of the shoe. The subtle design is elegant without being over-engineered and flashy. The fit certainly favors a wide foot.

My normal shoe size yielded a short fit length-wise, with more than enough width. After testing another pair, which was a half size up, I felt confident the smaller size with ultra-thin socks was the way to go.

My advice if you’re between sizes: Go with the tighter fit, especially for a racing shoe.

The engineered mesh upper is made with 100% recycled polyester and is airy and translucent. It’s a bit on the textured side but doesn’t feel harsh against the skin, especially because the heel collar is generously padded and soft fitting around the ankle.

Underfoot, the MetaSpeed Sky has a wide platform, particularly throughout the midfoot. This contributed to a much more stable ride, something more midfoot and rearfoot runners will benefit from, at least compared with the Nike Vaporfly NEXT%.

From the first step, I knew these were special. I eagerly started to pick up the pace. The ride quality was ridiculously smooth and responsive.

The full-length carbon fiber plate, sandwiched between 33mm/28mm (men) and 31mm/26mm (women) stack heights of foam, was barely noticeable. So the harder I pushed them, the bouncier they felt.

Historically, ASICS shoes are known for having a firm midsole, but the all-new FF Blast Turbo midsole is anything but. Brilliantly engineered, the nylon-based foam is light, cushioned, and extremely bouncy. It’s a pleasantly unique ride for an ASICS shoe — or any shoe for that matter.

I find that the difference between a really good carbon fiber shoe and an average one is in the midsole. Inserting a carbon fiber plate in the sole is the easy part. Pairing it with an uber-soft yet equally responsive midsole is where the real efficiency gains happen. Your legs feel less tired and stay fresher longer.

ASICS nailed this perfectly, and it has the numbers to prove it.

ASICS lab tests revealed the MetaSpeed Sky reduced the number of steps during a marathon by over 1.2%, which ultimately led to a 3% running efficiency gain compared to ASICS’s current top racing shoes.

Does that mean every runner can expect a 3% faster race time wearing them? Not at all. But I do think most runners will get some benefit.

When I spoke to the ASICS team about the lab results, they said there are two independent studies underway to further quantify the MetaSpeed Sky’s effects on racing performance. And they seemed pretty confident about the results.

As one of my best testers put it, “This is the best carbon plate shoe I have put mileage in. ASICS hit the motherlode with this design.”

And I echo his comments.

So, the big question remains: What shoe will I pick on race day? I used to say the Nike Vaporfly NEXT% without hesitation. Now, it’s a toss-up between that and the ASICS MetaSpeed Sky. 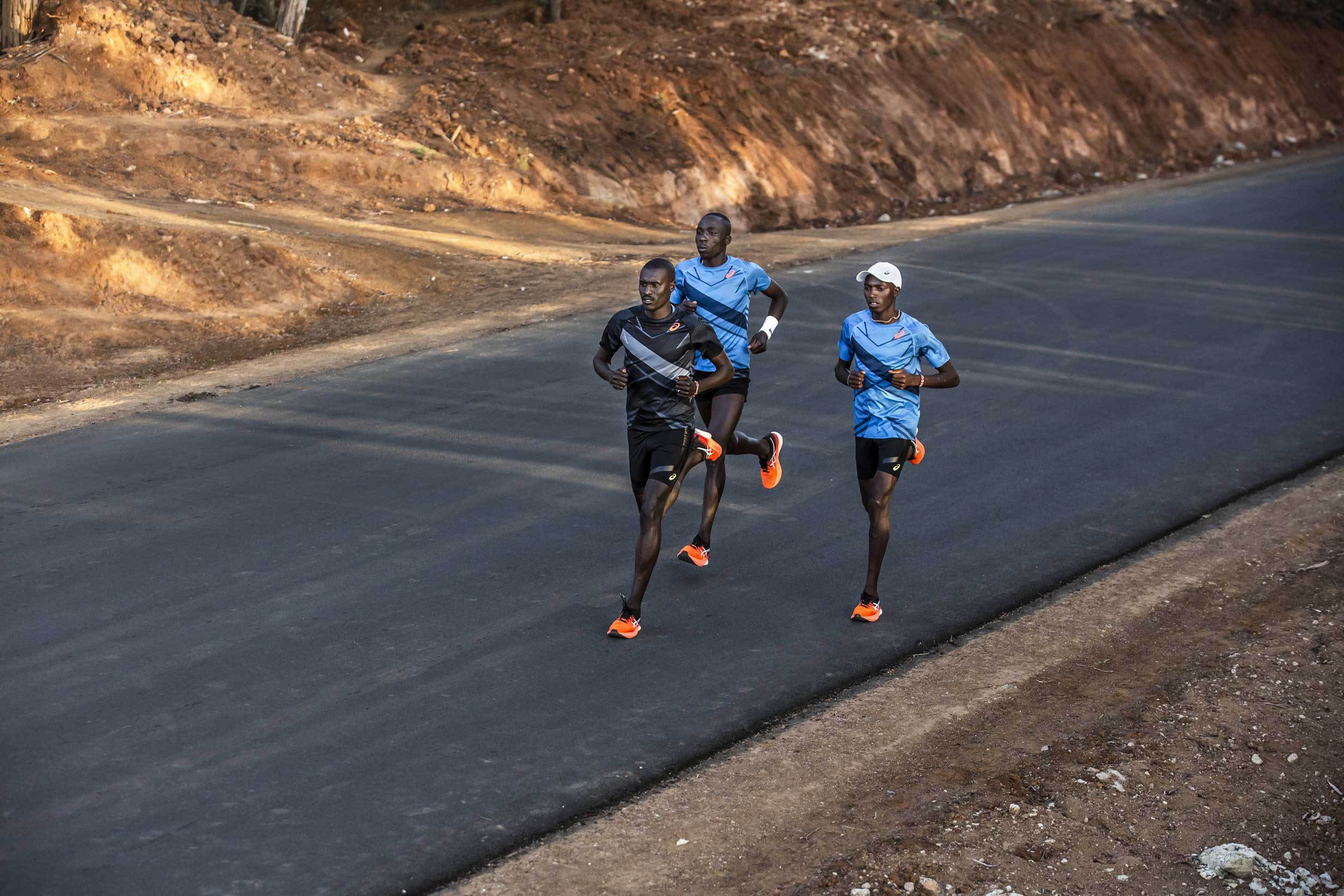 HOKA has a ton of shoes to offer. But in testing over the years, a few models have really stood out. The latest to drop — an update to HOKA's lightweight road shoe, the Clifton 8. Read more…