Danner says its Raptor 650 boots are ‘inspired by life in mountain towns.’ So I beat the crap out of a pair in the frozen fields of South Dakota. Here’s how they performed.

I was bitten by the hunting bug at a late age, but I’ve been hooked ever since. Now, I make a pilgrimage to South Dakota to flush out roosters from the prairie grass every fall.

When I was down for the season opener this October, I wore the same trusty old leather boots I’ve mistreated for years. I left with a pair of soggy boots and a case of swamp foot.

So when I returned in November, I brought along the Danner Raptor 650 and was thoroughly impressed.

In short: The Raptor 650 is a well-insulated, 8-inch (7-inch women’s model) hunting boot. In my eyes, it’s a handsome piece of footwear. But it shines best in functionality. At just 24 ounces per boot, it gives the support, foot protection, and weather resistance needed for upland game hunting. 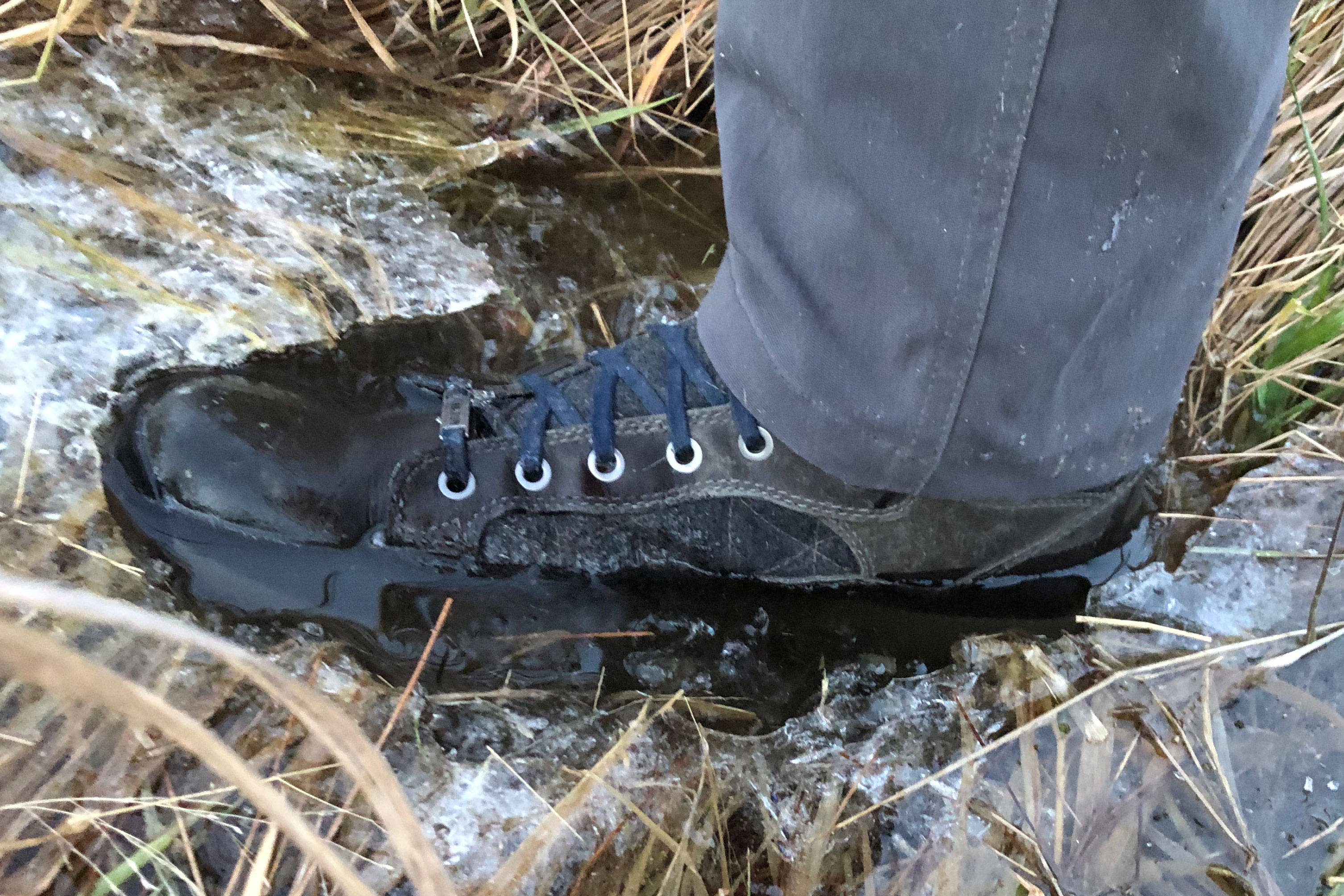 My first outing with the Raptor 650s made for perfect testing conditions. It was 22 degrees Fahrenheit with a 12 mph wind that made it feel like 10 degrees. I intentionally wore a thin wool sock to see how the boots performed.

I traversed a 10-mile mix of tall grass, cattails, thick brush, and recently harvested corn fields. And because this past summer and fall were exceptionally wet in the Midwest, I also encountered a lot of frozen slews and crusted-over lowlands. Here’s a quick taste of the testing conditions:

The boots performed much better than I expected. While my face and fingers were frozen, my feet and toes remained toasty throughout the trek. I also felt less fatigued at the end of the day thanks to the relatively light weight of these insulated boots. And most importantly, they didn’t let in a drop of water despite breaking through ice many times. 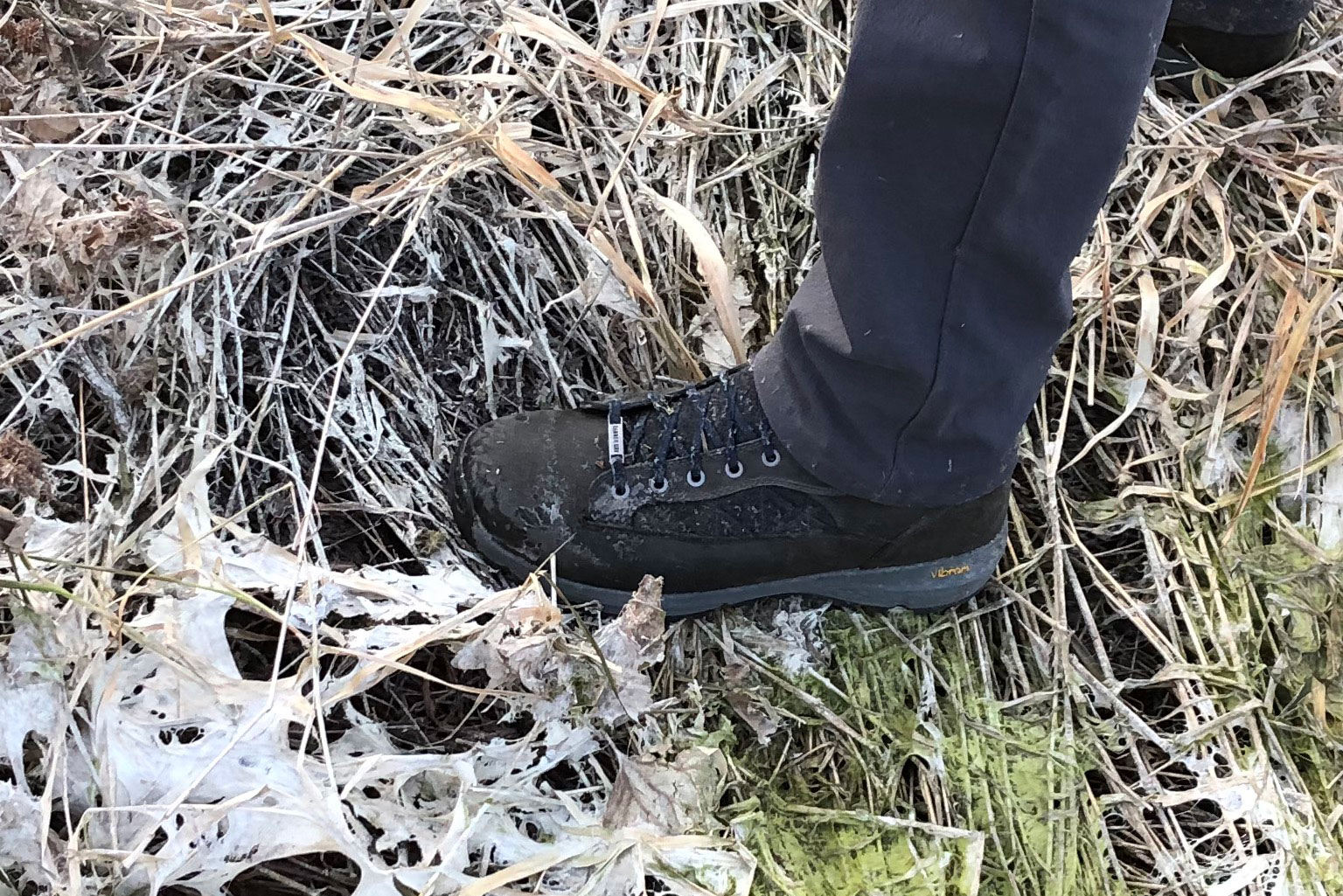 Weight and warmth mark the standout qualities for this boot. Just holding them — before I even put them on — I was surprised by how light they were. With an 8-inch cuff and hefty Vibram sole, they look like they’d weigh a couple pounds each. But in fact, the pair weighs in at a combined 48 ounces.

Inside, the boots’ warmth comes from its 400g Primaloft Gold insulation and a combination of leather and wool in the upper. The boots also sport the Danner Dry membrane to fend off frigid swamp water.

I did experience one small issue with the Raptors’ comfort. Though it may not be universal, I found a slight pain below the ankle bone where the lace eyelets rubbed a bit. I have a high-volume foot, so it’s possible I’m an outlier in this issue. This was also a short-term test, so I’ll break them in a little more and comment below if the issue persists.

That said, the Raptors carry a huge bonus over many insulated boots — they’re extremely versatile style-wise. They look as good around town as they do in the field, so I expect to wear them all winter — whether bar hopping or snow blowing.

Up Next: Must-Watch Hunting Film: ‘The Frank’ Stands Above the Rest