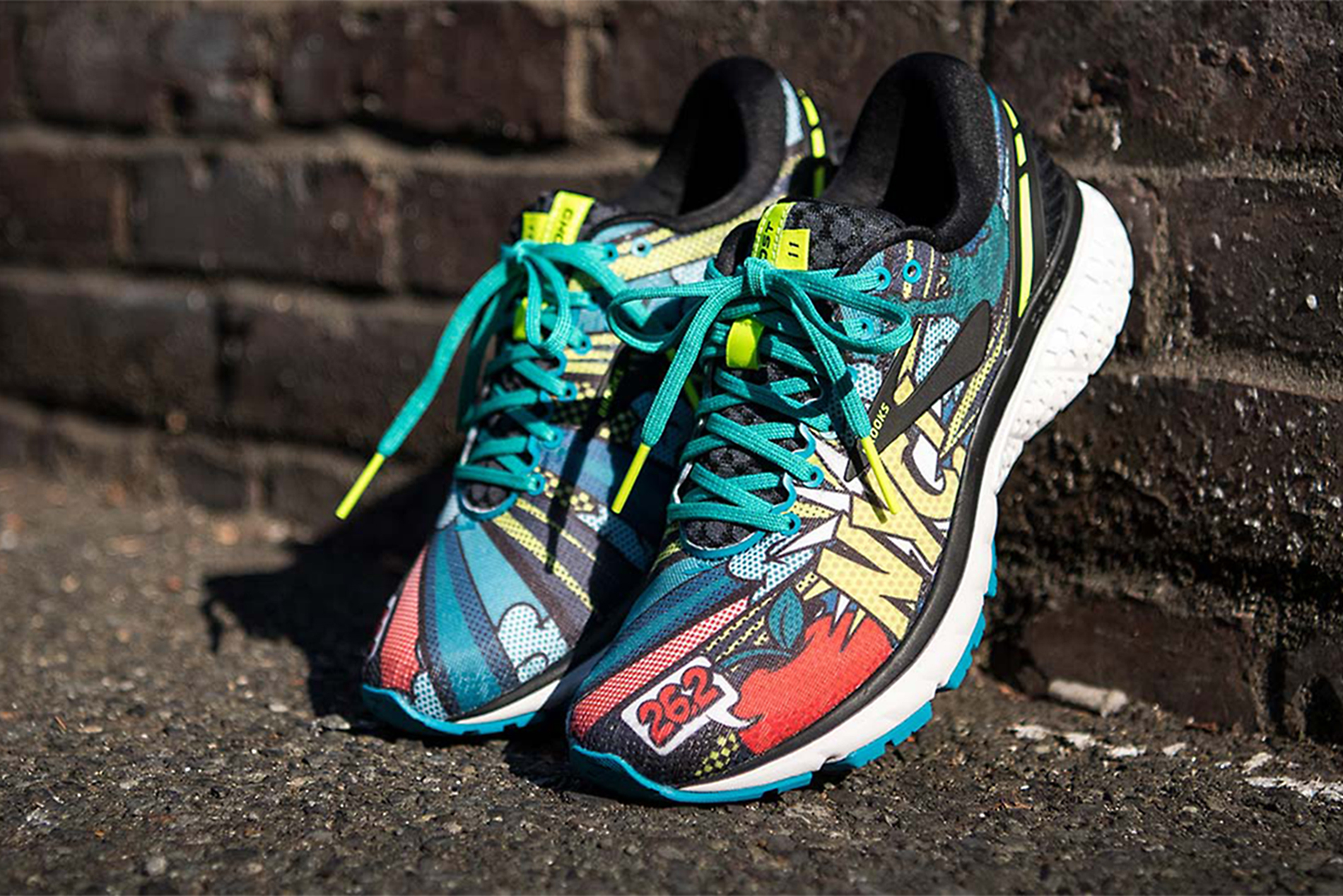 Check out the special-edition running shoes for the New York City Marathon.

For the past decade or so, shoe brands have bent over backward to create special editions of their most popular shoes for big destination races. The New York City Marathon, Boston Marathon, Chicago Marathon, Disney World Marathon, and the Ironman World Championships, to name a few, get their own shoes.

These shoes fit and run the same as the regular models. But they have a one-of-a-kind look meant to memorialize each specific race.

The trend is born out of the notion that runners like to buy practical souvenirs that serve as memories of their races rather than some tchotchke.

Shoe designers seemingly outdid themselves with this year’s crop of New York City Marathon special-edition models. The wide range of designs highlights various aspects of the Big Apple and the 26.2-mile race that will send runners through the city’s five boroughs on the morning of Nov. 4.

One is Newton Running’s Special Edition NYC Fate 4, which has a taxi cab theme. Another is Saucony’s NYC Kinvara 9, a tribute to the Statue of Liberty. The New Balance 860v9 NYC Marathon shoe and Altra’s Escalante Racer NYC are both emblazoned with a silhouette of the city’s skyline. And Brooks Running Company created a version of its popular Ghost 11 shoe to honor several aspects of New York with a colorful pop art theme.

“When creating the NYC Pop Art Ghost 11, we sought a fun way to honor the truly iconic New York City and everyone who runs there,” said Brice Newton, footwear merchandising director for Brooks Running. “We turned to the style of pop art popularized in New York and found design insights that represent the big city which will motivate and celebrate runners inspired by it.”

The special-edition shoes, which range in price from $100 to $180, will be available at the 2018 TCS New York City Marathon pre-race expo at the Jacob K. Javits Convention Center on Nov. 1-3. Some will also go on sale in New York City running stores and various online channels in limited quantities.