The August release of the Salomon Wildcross trail running shoe features a new lug system for grippy connection on loose terrain (think: mud). We put them to the test on Pacific Northwest trails.

Salomon designed a fresh take on the multidirectional lug pattern to go from muddy or soft conditions into technical terrains. And it aimed to keep your feet closer to the ground by reducing drop and stack height. Add in an upper design that focused on fit and breathability, and the Wildcross gives the Salomon Speedcross a gnarly new cousin.

But this cousin comes a bit more streamlined. Weighing 30 g less than the Speedcross, the Wildcross marks Salomon’s take on a breathable, lightweight trail shoe, made to tackle technical terrain.

In short: Salomon didn’t sacrifice technical know-how to get to its $130 speed-focused silhouette. In fact, the fresh approach to trail running offers a different style that brings in plenty of benefits, none more important than the traction-friendly outsole and lug system that easily handled a variety of terrain. The looser the footing, the better the Wildcross performs. 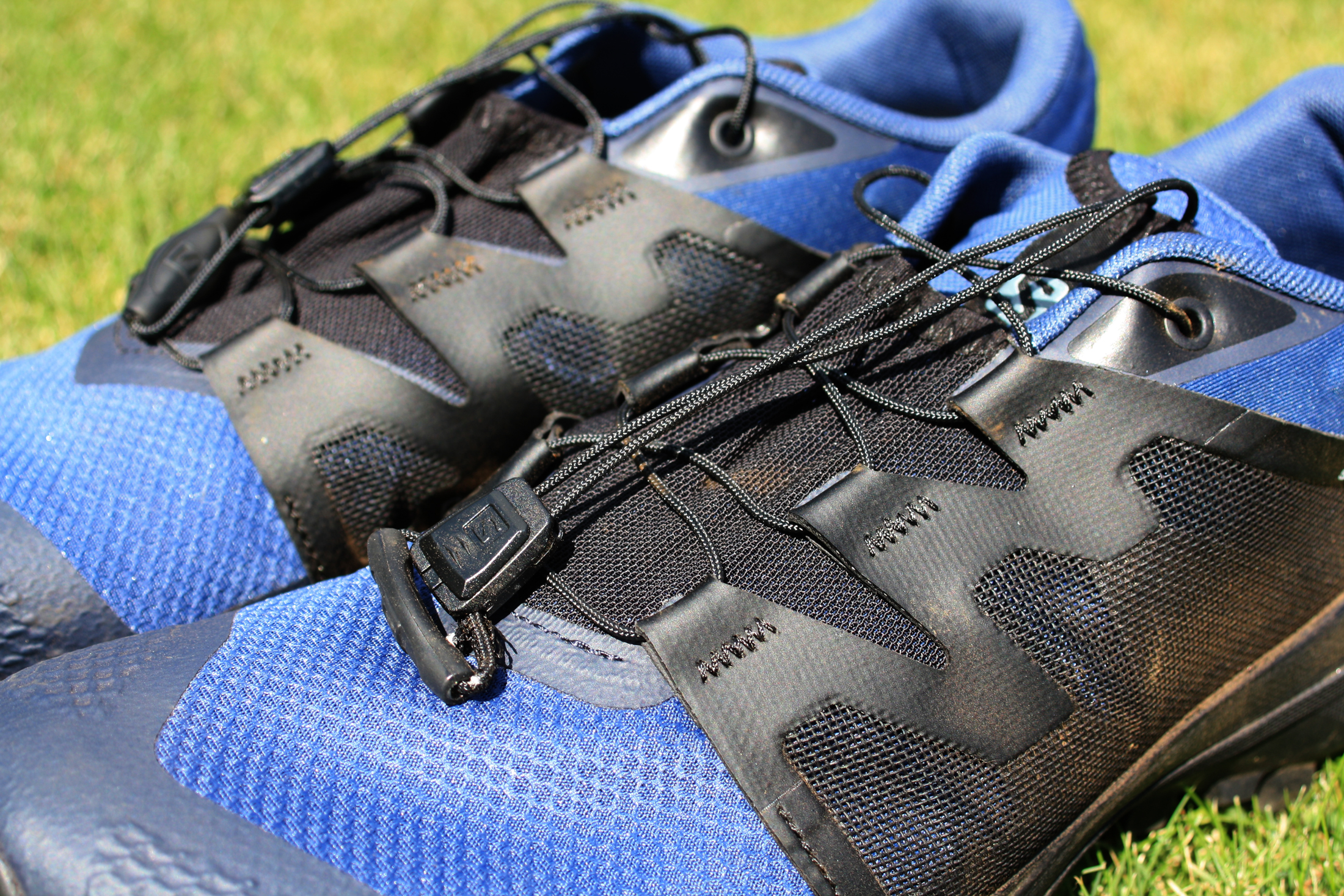 The design of the water-repellent upper created a fine fit with just the right amount of room, all while bringing together some lightweight breathability with a bit of protection along the way. The heel drop and lower stack height keep your foot connected to the trail and remove any of the bulk or clunky feel that can be found in a trail runner trying too hard not to be a boot.

The interior fit was also quite stable, roomy enough to allow for toe splay, but not so spacious to splash about within. The lacing system isn’t the best I’ve seen, but it still does the trick. Don’t expect an overly plush ride with the cushioning system, but that isn’t the focus of a shoe meant to grip in all conditions, something the Salmon Wildcross did without disappointing.

Expect a fast ride. This draws in part from the confidence in the traction, but also in the low-to-the-ground design. The Wildcross sports a 25mm stack height and 8mm drop. The 10.2-ounce weight (for a men’s size 9 and 8.8 ounces for a women’s size 7) actually felt even lighter on the feet.

Whether tackling some steep uphill, mixed-bag terrain, or steady downhill, the multidirectional 6mm lugs dug into the environment and provided a grippy ride, both through the obstacle — even when wet. Salomon said the outsole offers sharp lugs made from a compound meant to balance durability and adhesion. The stability offered additional confidence to go faster and not cautiously brake on turns or changes in the trail.

Compared to other Salomon models, you can expect a bit more room in the toebox. I found an ideal amount of space that let my feet splay, but not splash. The upper fabric helped provide stability to keep the speed up, and the Salomon “SensiFit” system wrapped my midfoot using TPU mesh wings and provided what felt like a customized fit across the upper.

The Wildcross took no time to break in, and that snug feeling was there from the first slip-on right through multiple miles on the trail.

Running atop such hearty lugs provided protection aplenty, especially in a wooded scenario. And while the lugs and protection proved solid against roots and larger rocks, I didn’t have the chance to pit them against very sharp rocks.

I expect that is likely not the Wildcross’ strong suit. After all, the midsole cushioning is adequate, but certainly not plush. Although, if running in softer conditions, such as a typical non-rocky trail — or the mud and loose ground the Wildcross was built to handle — you won’t think twice about your cushioning level.

Salomon boasts its Quicklace system for a minimalistic one-pull tightening. Frankly, I found the system tricky to use and customize, so isn’t a feature I’d say adds value to the Wildcross. That said, the fit was secure enough I wasn’t relying on the lacing to lock me in. And the cord tuck-away points — a pocket in the tongue and a covering across the top of the foot — securely hid any extra lacing material, removing all snagging concerns. 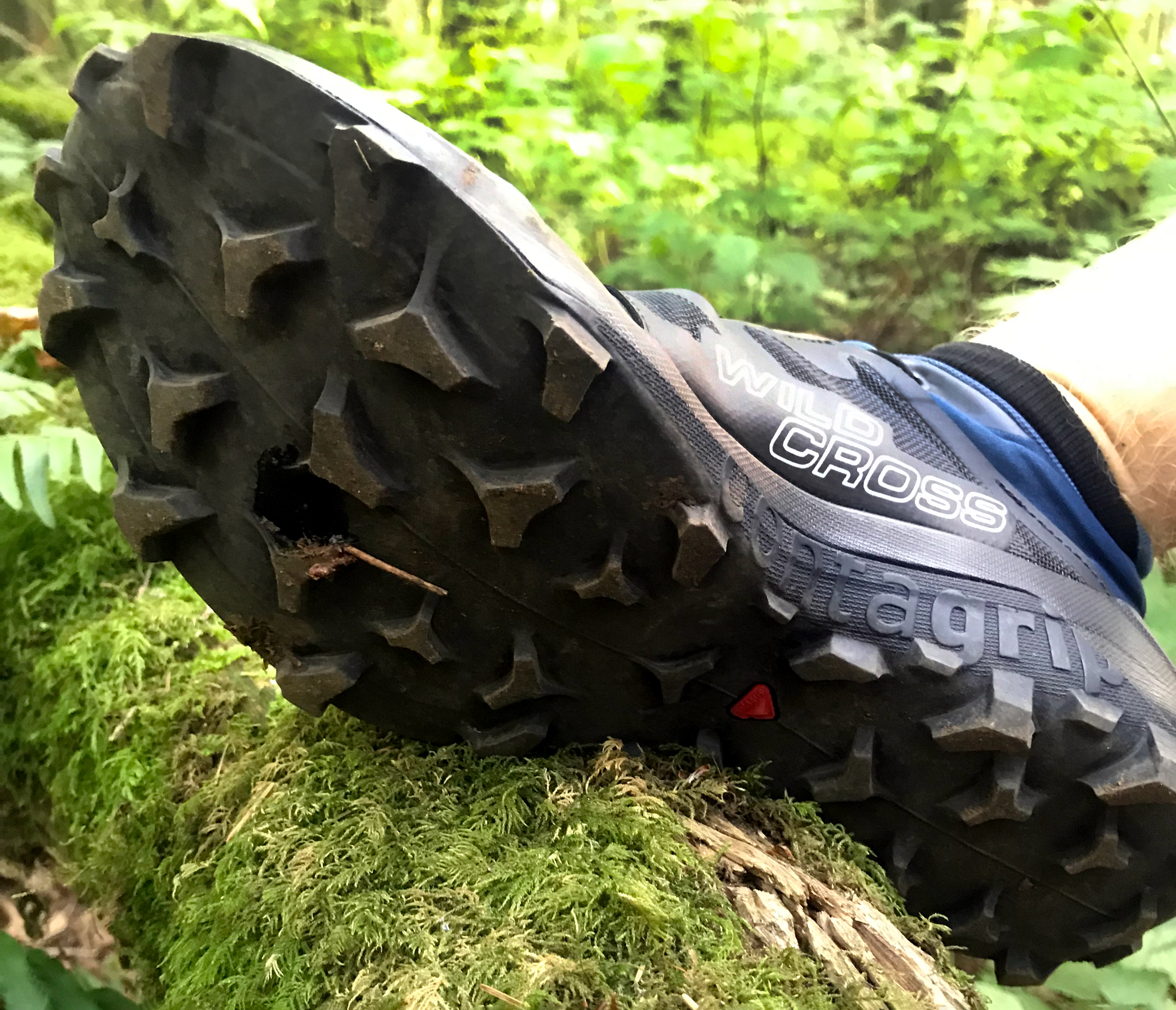 Should You Buy the Salomon Wildcross?

If you want to go fast in sketchy conditions without losing traction, then, yes, the Salomon Wildcross offers up a splendid option for trail running. The lugs were impressive in their ability to grip in multiple conditions. An perhaps just as impressive was the Wildcross’ ability to seamlessly grip as terrain suddenly changed.

I appreciated the design of the shoe’s height, which kept me connected to the dirt underfoot while providing an upper that not only fit quite well but also mixed in durability and security.

The Salomon Wildcross will serve as a stellar choice for trail runners looking for reliable traction in a variety of conditions while gaining that more true running experience with the benefits of trail-ready protection. 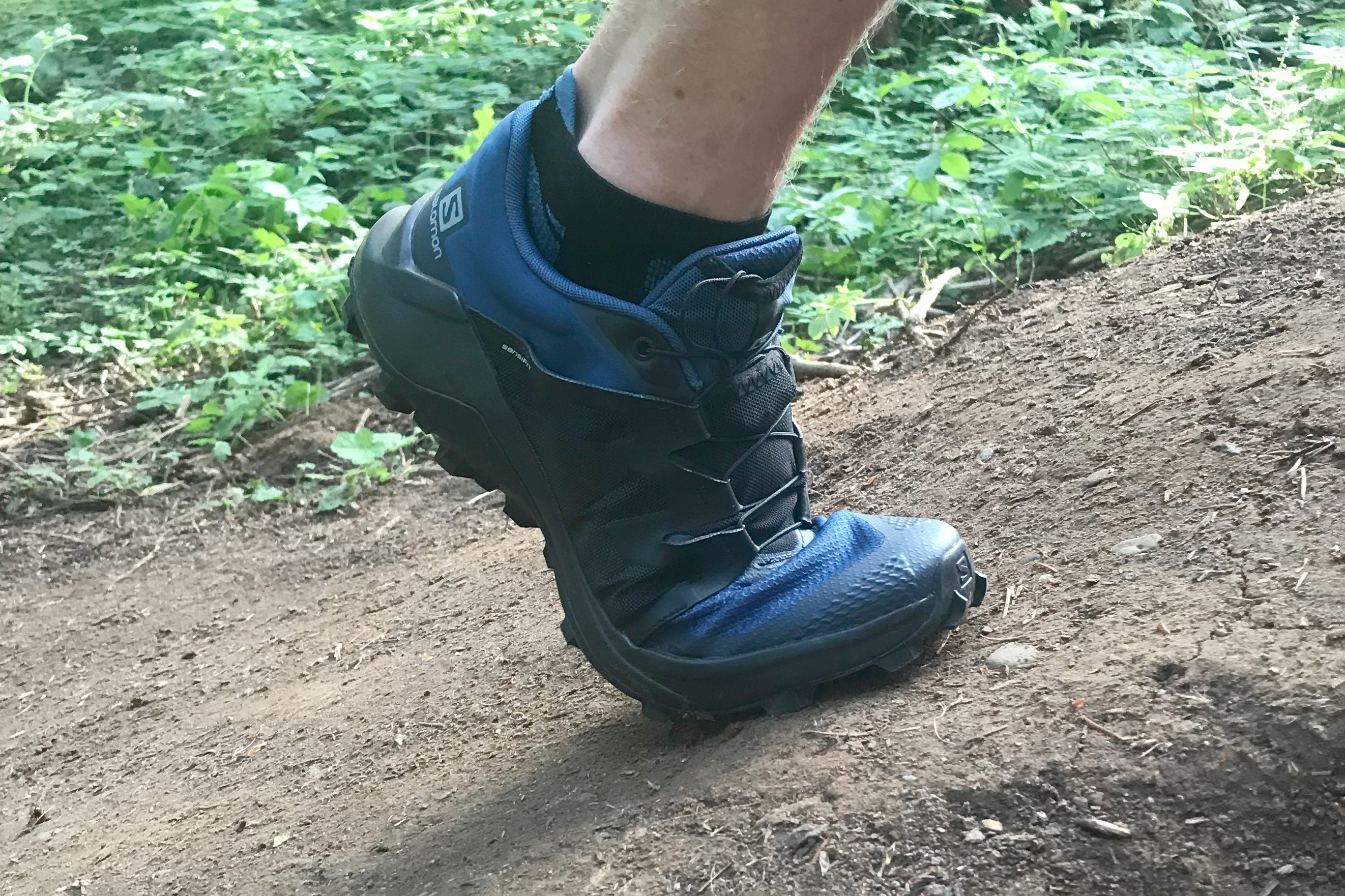 Up Next: Eco-Challenge Interview: What It’s Like to Compete in the ‘World’s Toughest Race’

Saving…
Eco-Challenge Interview: What It’s Like to Compete in the ‘World’s Toughest Race’
‘Fly By’ Hiker Shatters Colorado Trail Record Record by 4 Days
×