A new challenge gives marathoners the chance to win any pair of New Balance shoes they choose. You just have to run the second 13.1 miles faster than the first, ugh! 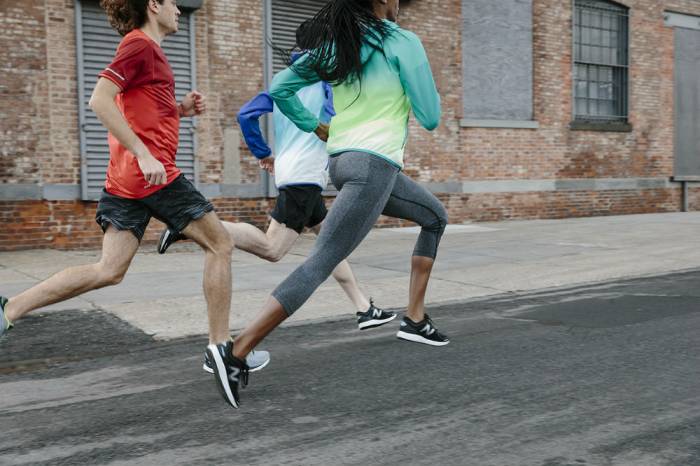 Strava and New Balance are teaming up for the “Back Half Challenge,” offering anyone in a U.S. Athletic Track and Field (USATF)-sanctioned marathon the opportunity to win a new pair of kicks.

The concept is simple: Race in a qualifying marathon between October 9th and December 4th, run the second half faster than the first, and upload the proof to Strava. Then you win your choice of any New Balance shoes.

Even if you finish the race dead last!

The challenge is all about “negative splits,” running a faster second half. In the racing world, it’s one of the ultimate goals and most difficult feats. 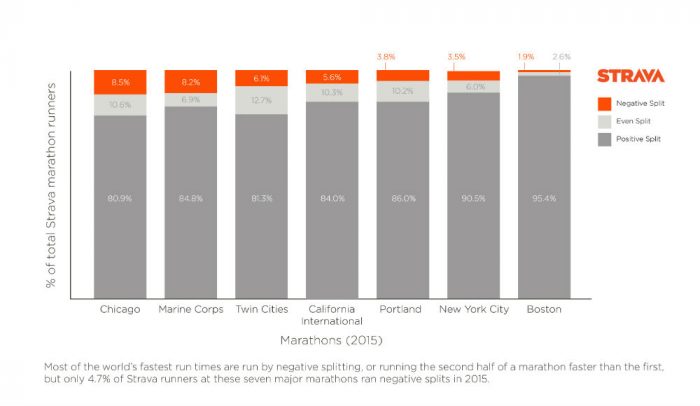 Generally speaking, only around 5 percent of marathoners blaze across the finish line faster than the starting line (Strava data from seven 2015 marathons ranges from 1 to 8 percent).

According to this handy training guide from Strava, there are two big running mistakes that make the negative split so elusive: excitement and “time banking.” 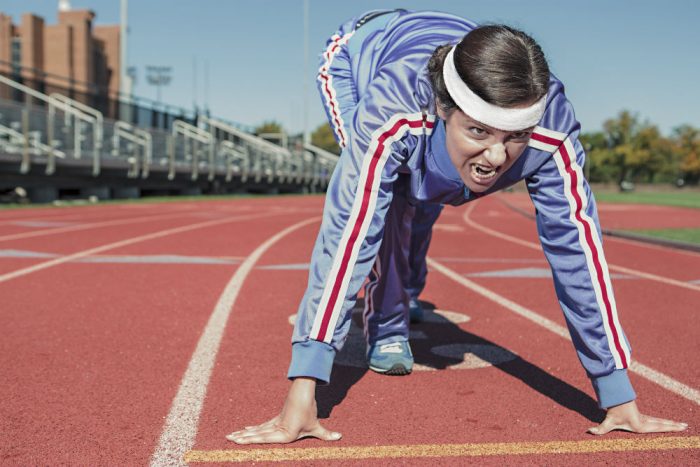 Excitement is understandable. As we noted in the 15 stages of ultra-marathon suffering, pre-race jitters can reach a boiling point. When this happens, runners might fire out of the gate at a blistering pace and sap themselves before the halfway point.

Time banking, by contrast, is the result of over-thinking. This is the downfall of racers who intentionally push themselves too hard in the first half, thinking they can relax a little in the second. This can often result in an anaerobic breakdown during an aerobic event.

In short: to pull this off, you’re going to have to train and plan for it.

The Back Half Challenge

Anyone can participate and take their shot at a new pair of New Balances. The challenge applies only to sanctioned marathons. Here is a calendar of USATF events occurring during the promotion.

The series kicks off with the Chicago and Portland marathons, then wraps up with the California International Marathon.

Be sure to record your stats on Strava to prove your superhuman feat. Upload the data and submit the link in the Back Half Challenge entry form by December 12.

Once your mettle has been approved, you will receive a code redeemable on the New Balance website for any, yes any, pair of shoes.

What are you waiting for? Lace ’em up and get your back half in gear!