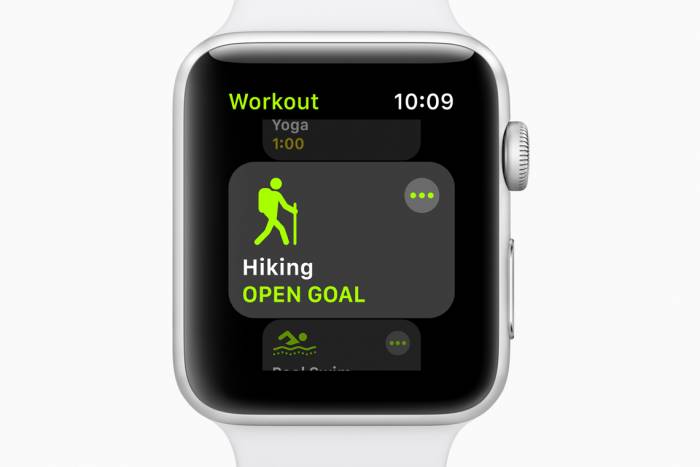 The watchOS 5 revealed a host of new innovations. Though Apple announced the key features last week, they want hit wrists until the fall.

But there are some exciting updates for the fitness-minded wearer. Here’s what athletes should take note of regarding the forthcoming Apple Watch download.

It remains to be seen how accurately the new Apple technology counts calories burned and exercise minutes earned during slower workouts or on varied terrain. But Apple said hikers will be able to track elevation changes in real time and receive “calorie credit for those tough hills.”

People like to share how hard they play, especially in the outdoors. Apple is upping its game in the activity-sharing space with an invite option. With watchOS 5, Apple Watch wearers can challenge another owner to a weeklong physical competition.

Participants earn points once they complete an “Activity Ring.” Virtual coaching notifications try to keep the rivalry going strong all week long. And of course, victories earn users a virtual trophy in their Activity app. 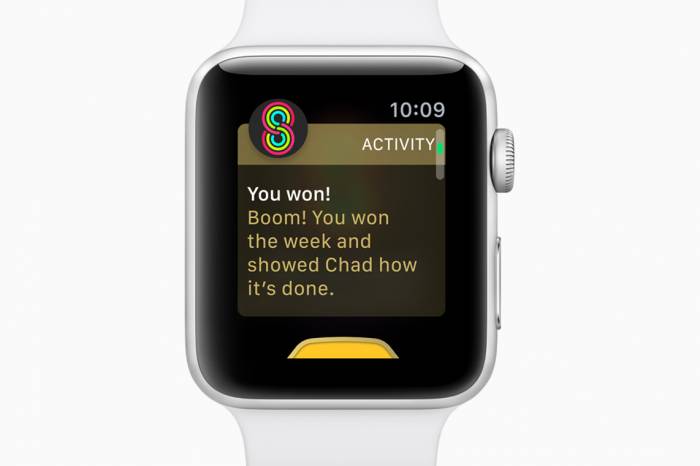 As part of the update, watchOS 5 brings a new cadence counter geared toward runners. It displays the important steps-per-minute stat, from walking to running speed. And a new pace alarm works when running outdoors. A bell tells you if you’re behind or ahead of your target pace.

The “rolling mile pace” is another new metric. It lets athletes view pace for the most recently completed mile as well as average and current pace.

Other watchOS upgrades include auto-workout detection, which reminds users to start the correct workout, end a session after a period of inactivity, and get retroactive credit for moving.

The watchOS 5 also launches a speedy watch-to-watch walkie-talkie feature. Basically, Apple Watch athletes anywhere in the world can talk training (or whatever) on Wi-Fi or cellular. Podcasts will also automatically sync to the Apple Watch after the update, and Siri gets a little more predictive, too.

Bottom line: There are enough watchOS 5.interactive upgrades coming that athletes might want to start a summer-long countdown.