Meet the ‘People Walker,’ a pro who gets paid to take people for walks.

In a world where puppy psychiatry is a real practice, and people are so busy they’re forced to hire a personal shopper; it makes sense that “People Walker” is now a job title.

Yes, millennials will do just about anything to stay out of a traditional office setting, including, but not limited to, inventing an occupation that previously was not a real thing at all. 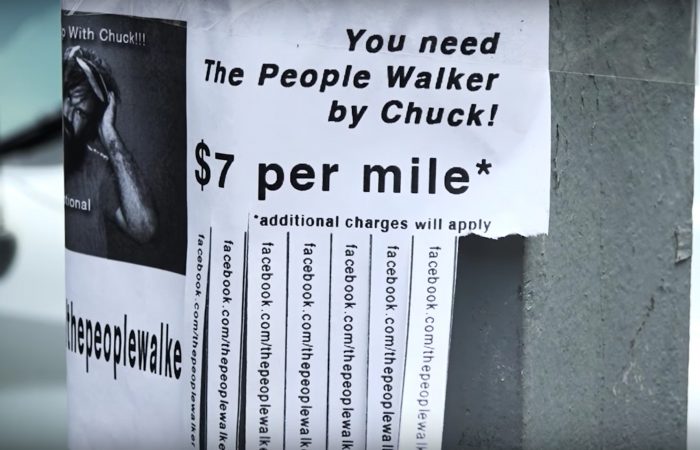 The Start Of People Walkers

Chuck McCarthy, who looks like Captain Jack Sparrow’s larger older brother, is a walker of humans. Similar to a dog walker, but without the messy cleanup (we hope). After a few months without work, the struggling actor was looking to pad his piggy bank in the absolute easiest, albeit insanely inventive, way possible.

Chuck decided people needed a companion for their promenades. For $7 per mile, Chuck accompanies strangers on strolls through the streets and parks of the Los Angeles area. 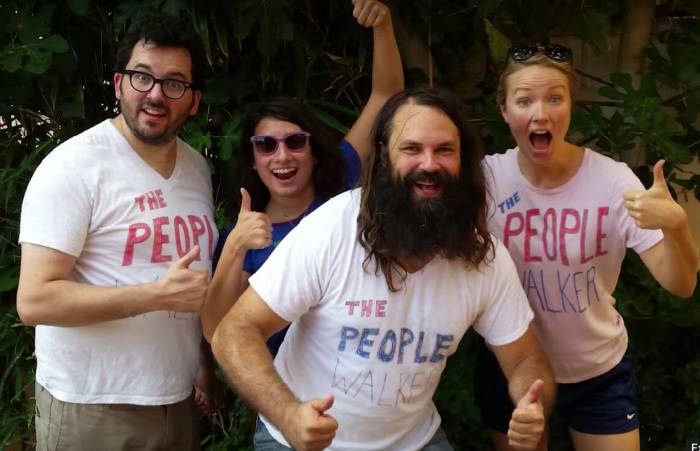 Now, I know what you’re thinking. This has got to be a joke, right? This guy is trolling society, poking fun at just how ridiculous we’ve all become.

Nope, it’s not a joke. McCarthy has a website and Facebook page, hell, you can even buy merch.

For legitimacy, he advertises by taping homemade flyers to neighborhood telephone poles and walks about town in a white t-shirt with a Sharpie-drawn logo. 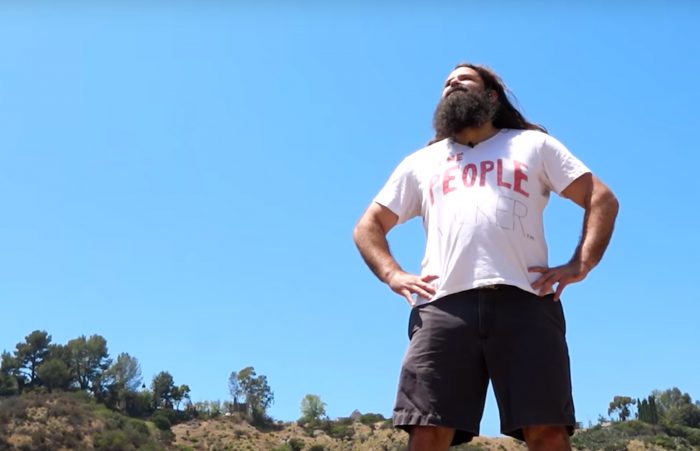 “I’m more about motivating someone to leave their house and walk than being a drill sergeant shouting at them,” McCarthy told The Guardian. “I try to listen more than talk.”

And it’s all working. McCarthy has gone on hundreds of walks with multiple repeat clients since starting the biz last spring, and he’s working on expanding internationally. McCarthy went so far as to trademark the job title and hire additional walkers. He also recently created the International Motivational Walking Association, a forum to share and discuss best practices and techniques.

Really, Chuck McCarthy is a genius. He gets paid to wander in the wilderness or saunter in the streets, chatting about, well, anything. His overhead is limited to socks, a pair of grey New Balance 574’s, and the occasional cup of coffee or squirt of water.

The idea of a People Walker, while hilariously absurd, is another great example of American entrepreneurship. Now, if you’ll please excuse me. I’m late for my Lego Architecture Consultant meeting and I have to prepare for my lecture tomorrow at the Interpretive Dance Fighting seminar.

Up Next: Survival Stunt: Week-Long Mountain Trek With ‘Prival’ Tool