[leadin]Kick back with a good adventure tale with these titles, a mix of new and enduring reads on river descents, human perseverance, arctic ice shelves, and alpine walls. Happy reading.[/leadin] 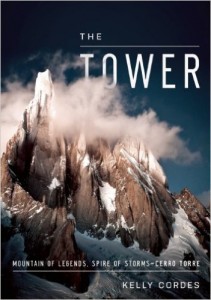 THE TOWER — Kelly Cordes’ book (full title: “The Tower: A Chronicle of Climbing and Controversy on Cerro Torre”) explores Cesare Maestri’s 1959 reputed first ascent of Patagonia’s Cerro Torre. Cordes, himself one of alpinism’s finest climbers, threads a narrative of the famed South American summit, the survival story that took place, and he pokes a stick at the psychology of why people climb. The publisher calls it a “chronicle of hubris, heroism, controversies and epic journeys.” Cordes received a 2015 National Outdoor Book Award for this title. more info; buy now 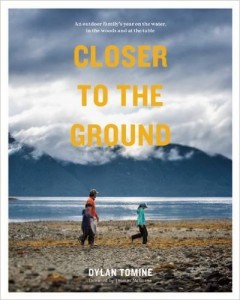 CLOSER TO THE GROUND: An Outdoor Family’s Year on the Water, In the Woods and at the Table — In an attempt to live a more natural life, author Dylan Tomine writes on how his family spent a year “foraging and exploring” the natural world. Loaded with recipes for wild foods and amusing tales on life in the outdoors, this is an inspirational book for anyone who wants to live closer to the Earth’s natural rhythms. Follow as the family “hunts chanterelles, fishes for salmon, digs clams, and gathers at the kitchen table to enjoy the fruits of their labor.” more info/buy now 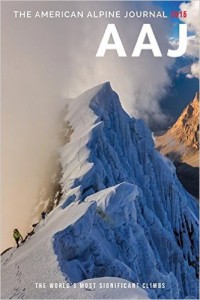 THE AMERICAN ALPINE JOURNAL — Climbing junkies and anyone obsessed with reports and photos from far flung peaks will love the annual Alpine Journal, published by the American Alpine Club. The AAJ features reports on notable first ascents and mountain expeditions made around the world during the calendar year. Stories range from route descriptions to personal reflection essays. The journal offers a wide selection for the serious climber, including in this year’s edition an in-depth “recon” section on Cloud Peak in Wyoming that covers the history, recent climbing activity, and new-route potential of the “little-known alpine gem.” We find ourselves going back to our dog-eared journals from years past for a dose of alpine inspiration. more info/buy now 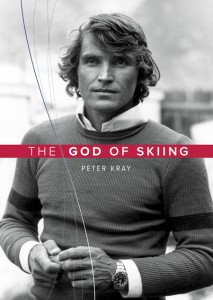 THE GOD OF SKIING — Peter Kray, a Colorado ski writer, created a fictional world and a character, the title’s namesake “god of skiing,” Tack Strau, to serve as a lens into the culture of alpine skiing in America and beyond. Strau skis, drinks, and philanders his way around the wild world of mountain towns in this fast, white knuckle read.(Read GearJunkie’s full review of “The God Of Skiing” here.) Pick it up or a buy a copy for anyone who loves the sport of skiing and the culture that surrounds it. more info/buy now 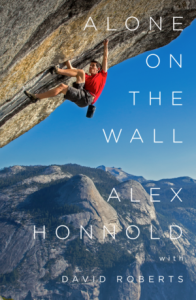 ALONE ON THE WALL —  Alex Honnold is a climbing superstar, making a name as one of the boldest athletes on the planet with rope-less rock climbs and speed ascents from Patagonia to Yosemite. Without a rope, without a partner, climber Alex Honnold has likely put up more free solo routes than anyone else in the world. In his book, “Alone on the Wall,” Honnold and author David Roberts recount Honnold’s top climbing accomplishments, including the Fitzroy Traverse and Mexico’s Sendero Luminoso free solo, and shed some light on the mind of this bright young climbing star. more info/buy now The Calling: Life Rocked by the Mountains — Barry Blanchard

Coming of age in the era of punk, Barry Blanchard waged his rebellious tendencies against rock and ice. Along the way he set the bar for technical alpine standards, with angst-filled lines up Robson’s Emperors Face, the North Twin and Mount Fay. The Calling follows Blanchard’s life from his rough upbringing to his rising success as one of North Americas leading alpinists. More Info/Buy Now In the Kingdom of Ice: The Grand and Terrible Polar Voyage of the USS Jeannette — Hampton Sides

Nearly 30 years before Shackleton’s epic escape from Antarctica, James Gordon Bennett, the owner of The New York Herald, had his sights on gaining great wealth by becoming the first to sail to a mythical island at the North Pole. Now we all know how these polar expeditions play out: The ship sails, becomes ice bound, the hull is breached, the team perseveres. Yet this tale of determined heroism against the odds still captivates the reader. More Info/Buy Now The Semi-Rad.com author tells his story of heartbreak and the search for purpose while traveling the Western roads of the United States. Amusing and thought-provoking, Leonard strings a series of short stories together using a road trip as his narrative device while looking for answers to some heady questions about love, the American Dream, happiness and success. More Info/Buy Now Astoria picks up where Lewis and Clark left off, following entrepreneur John Jacob Astor’s two expeditions to expanding his fur trade business in a new raw land. Stark painstakingly reconstructs the two arms of the expedition, following their hardships and successes as they march west to the mouth of the Columbia River to build the largest colony west of the Mississippi. Though short lived, Astor’s efforts helped blaze the trail for expansion and the eventual establishment of our nation as a Pacific Ring powerhouse. More Info/Buy Now My Life at the Limit (Legends and Lore) — Reinhold Messner

Reinhold Messner was the Himalaya’s leading man of the 70’s and 80’s best known for being the first to summit all 8,000m peaks without supplemental oxygen, the first solo ascent of Everest, and his famed first ascent of Nanga Parbt’s Rupal Face (where he lost his brother Günther). My Life at the Limit gives readers a deeper glimpse at the man behind the myths, including his seat at the European Parliament and his claimed encounter with the yeti. More Info/Buy Now The infamous 1924 Everest expedition still sends ripples of consternation through mountaineering’s annals. After all, it’s on this expedition where Mallory and Irvine were swallowed by the mist and with it the secret of their summit fate. Everest Revealed is a collection of expedition leader E.F Norton’s private diaries and sketches, which give a personal view of the 1924 expedition and pre-war Tibet. This title will release January 1, 2015. More Info/Buy Now The Call of the Ice: Climbing 8000-Meter Peaks in Winter — Simone Moro

Climbing any 8,000m peak is an ambitious pursuit; doing it in winter might as well be doing it on Mars. But Italian Simone Moro has had more success than any other person, climbing Shishapangma, GII and Makalu all in winter. The Call of the Ice was penned during Moro’s unsuccessful (12th!) bid on Nanga Parbat and pokes at his successes and losses and the ultimate question of why climb in winter with such low odds of success. More Info/Buy Now In 1991, one sockeye salmon returned to spawn Idaho’s Redfish Lake. The story of northwest fishing cannot be told without the impact of dams on the land and its native travelers. As Mike Barenti slid his kayak onto the Middle Fork of the Salmon, he launched into a 2-year journey exploring the rich web of complexity that makes up the river system and puts our salmon at increasingly oppressive odds. Amazon nominated Kayaking Alone as one of their best reads for 2014. More Info/Buy Now Training for the New Alpinism: A Manual for the Climber as Athlete — Steve House and Scott Johnston In 2007, McKittrick and her husband Hig walked, skied, and pack-rafted from Seattle to the far reaches of the Alaskan Aleutian chain…a journey that threaded 4,000 miles of enchanting coastline and a story that was told through her first book, A Long Trek Home. Seven years later, now with two young children in tow, the family lives out of their 450-square foot yurt outside Seldovia, Alaska, where McKittrick reflects on living a purposeful life in the wilds of Alaska. Small Feet was awarded top prize by the National Outdoor Book Awards for 2014. More Info/Buy Now The Emerald Mile: The Epic Story of the Fastest Ride in History Through the Heart of the Grand Canyon — Kevin Fedarko

With hues of Sebastian Junger, The Emerald Mile follows the intersection of an El Niño summer, above average snow melt and three river guides in a wood dory, hell bent on leveraging this cumulative force of nature to send the fastest time down the Colorado River. The Emerald Mile weaves the story of the crew’s adventure with that of the Colorado and its struggle with man to run free. Winner of the 2013 National Outdoor Book Award, Amazon selected the paperback release as one of its best reads of 2014. More Info/Buy Now Buried in the Sky: The Extraordinary Story of the Sherpa Climbers on K2’s Deadliest Day — Peter Zuckerman and Amanda Padoan

Like a belayer tied to the lead, the Sherpa’s role is deeply woven into the rich tapestry of Himalayan mountain lore. August 1, 2008, on K2 tested this bond perhaps like never before. Considered the single worst accident on K2—the second-highest mountain on earth—the 2008 season unraveled as a series of deaths and injuries accumulated on the peak’s high icy walls. All told, eleven climbers died but two Sherpas survived. Buried in the Sky peals back the overlapping story behind Chhiring Dorje Sherpa and Pasang Lama, from their poverty stricken upbringing to the moment Chhiring finds Pasang alone on the wall without equipment, awaiting certain death. With allusions to Pete Shoening and the ’53 K2 expedition, Buried will likely become our modern telling of mountaineering heroism. More Info/Buy Now