Hunters in the heartland and on the East Coast feel both inspired and left behind by a burgeoning Western influence in American hunting media. A GearJunkie writer set out to better understand what this means.

Flat-billed hats, pursuing big game with a bow (only) on public land (only): These are just a few social-media stereotypes of Westie hunting bro culture.

Casey’s coffee-sipping, Pop-Tart popping, treestand-sitting on private land (only): the perceptions of the truck-hunting Midworseterner, an Instagram rant I’ve read far too many times.

But are these stereotypes realities? Certainly, there are still plenty of men and women — young and old — trekking the mountains and plains out West with a rifle over their shoulder, in worn leather boots and blue jeans.

They’re as deadly with a bolt gun as Clint Eastwood when he returned to Lago. And there are surely dedicated whitetail folks in this country’s heartland who plant food plots and cut deer trails to prepare for the rut.

There are good and bad influences stemming from the hunting community out West, just as there are in the Midwest and East. But the reason some of us are at odds with one another is that Western influence is seeping its way across America. You can find it on the prairies of Kansas and in the trout streams in Pennsylvania.

It’s a culture shift: to be healthy and fit not just to hunt and fish, but as a lifestyle choice so you can better enjoy the outdoors. It’s causing some of us to pontificate on why we kill animals to eat their flesh — to think more deeply about our impact on lands and waters.

Some are accepting of it, challenged by it, and want to be part of it. Some have grown just plain sick of it, annoyed that too much of the actual killing — and tradition — is being sucked out of hunting, replaced with wannabees parading as public-land advocates. For them, it’s become too much about how killing makes us feel rather than blood and gut piles.

Changing Culture: What Hunters Are Saying

So that begs the questions: What exactly is Western hunt culture? Is it reflective of what we all see on social media, or are social media influencers just cherry-picking? What do folks in the Midwest and East think of its influence?

We asked a trusted and diverse group of hunters — from Montana to Missouri’s Bootheel and beyond — what they think.

Jess Johnson grew up on ranches in Northern California, Montana, and Wyoming. Her passion is spot-and-stalk mule deer bowhunting.

She admits to having an ego about it. It’s her way to hunt. And for a long time, she had a preconceived bias against whitetail hunting in the Midwest. But a trip to Wisconsin changed that perspective. 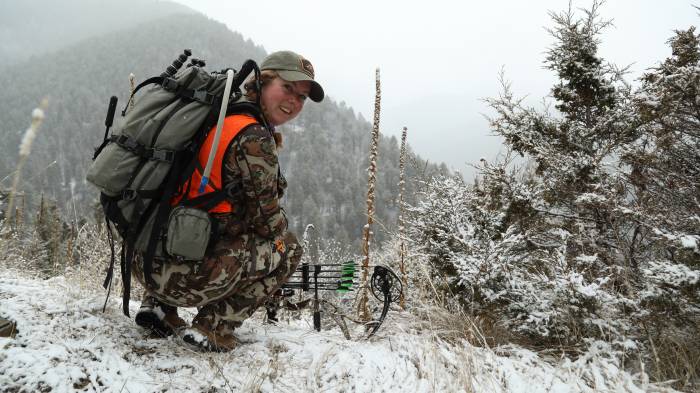 “I was guilty of thinking treestand hunting was a simple endeavor,” said Johnson, who works for the Wyoming Wildlife Federation. “You just sit there and wait for a deer to walk by. I cannot tell you how wrong I was.”

She found managing local whitetail populations, planting food plots, setting stands, and knowing what wind was best for hunting those stands took a hell of a lot of work — and even more experience on the ground.

For someone who has never shot a private-land whitetail, it’s not an uncommon viewpoint to think it’s a chip shot. This is particularly true when you scout mule deer all year long, hiking hundreds of miles over that period to find the buck you want to shoot when the season rolls around, like Johnson does.

“The confrontation between East and West happened because, as hunters, we don’t encourage empathy for another’s view,” Johnson said. “We become so engrained with ‘this [style of hunting] is what I am.’ Many of us hunt our local place and never leave it … Sometimes, to have respect for something, you need to go and experience it.”

Michael Hunsucker is a hardworking Midwestern whitetail deer hunter. He lives just outside Kansas City, planting food plots and hanging his own deer stands. When GearJunkie called to chat, he was on a tractor getting ready for fall.

He is also the face of “Heartland Bowhunter” (along with buddy Shawn Luchtel) on the Outdoor Channel, which has allowed him to hunt all kinds of ungulates across America, including the West. Along the way, he has met and talked to a variety of hunters, and he doesn’t see Western perspectives intruding upon his Midwestern values.

“(The West) has opened a lot of people’s eyes to different ways of hunting,” he said. “I feel like we are all on the same team and our goal is to promote hunting. It doesn’t do any good for hunters to be against one another.” 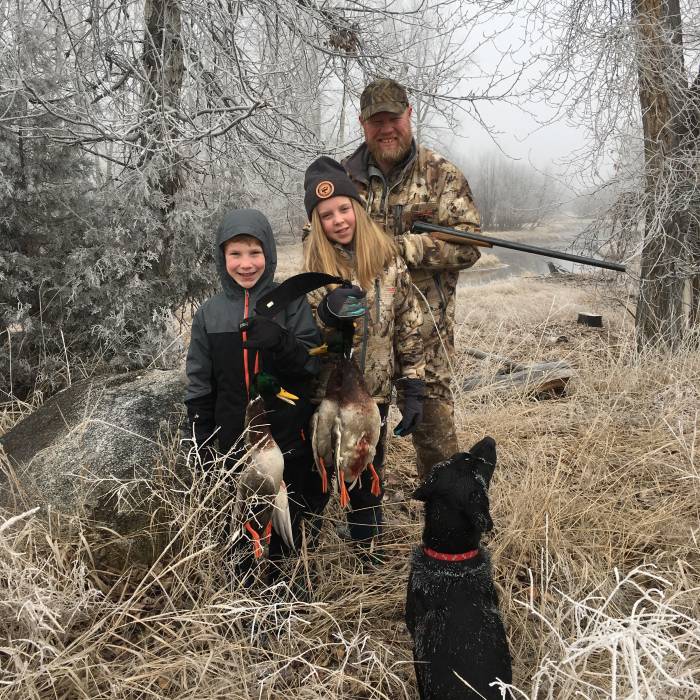 Land Tawney is president and CEO of Backcountry Hunters & Anglers. The Montana organization is dedicated to outdoor heritage and fighting to keep public land open to all who want to enjoy it. BHA’s roots are Western, but it pushes its message nationally and comprises chapters across the U.S. and Canada.

That message stems from the ideology that the land is for all of us to experience, though there is some pushback that BHA is too hipster. Too much about drinking craft beer with your bros. Too liberal.

What have they really done? Well, they’ve helped save 80,000 acres of Oregon wilderness for hunting and recreation, kept water rights public in New Mexico, and raised awareness to stop large-scale copper mining in Minnesota’s Boundary Waters, just to name a few.

BHA is also bringing more young people into hunting and fishing. Seventy-five percent of its 38,000 members are under 45.

“I don’t think there is this huge schism that exists between East and West,” Tawney said. “If someone says [BHA members] just drink beer, I shrug that off. I’m amazed at the volunteer effort and money our folks are putting forth. It’s as much or more than anyone in the country.”

Zac Simon is a former waterfowl guide from Kansas, and he’s now a fireman and paramedic. Burnt out on client hunts (he still guides rafting trips out West), Simon ditched his decoy trailer for a custom boat to chase greenheads and geese.

His experiences are vast and perspectives unique. Simon believes hunting has become too serious and that we should all be focusing more on spending fall in a blind with close friends — no matter where we hang our hunting boots. 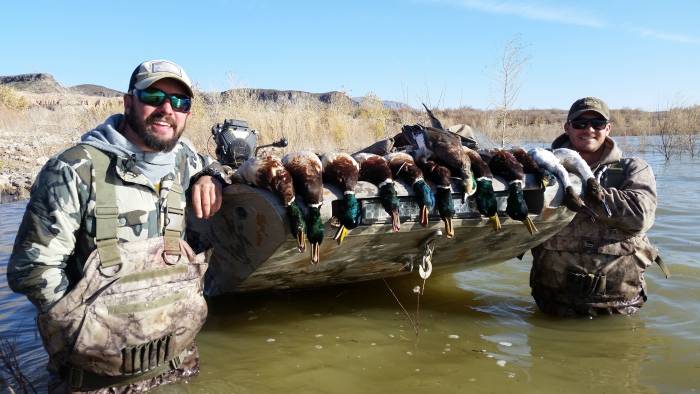 “People act like we’re saving the world of duck hunting. But we should just be having fun, watching the sunrise, drinking a cup of coffee, and shooting birds with their feet down,” Simon said. “Once more hunters understand that — and that this isn’t about being on a team or wearing the right camo — we will all be better off.”

Though he’ll turn his phone off for weeks at a time, Simon is uneasy about some of the content he sees on social media from Western and Eastern hunters. His reward for working hard all year is spending a month on the road duck hunting, not likes from “friends.” He often wonders if the stories he sees on Instagram of big bunches of ducks or a banded bird are self-promoting or just genuine, cool stories.

“So many people, they can’t go hunting, or do much of anything, without posting it to Instagram,” Simon said. “They feel like they have to share this to get some kind of gratification out of it. Social media has brought hunters from East and West together, but it’s also driving us apart because we see the way others are hunting and judge them for it.” 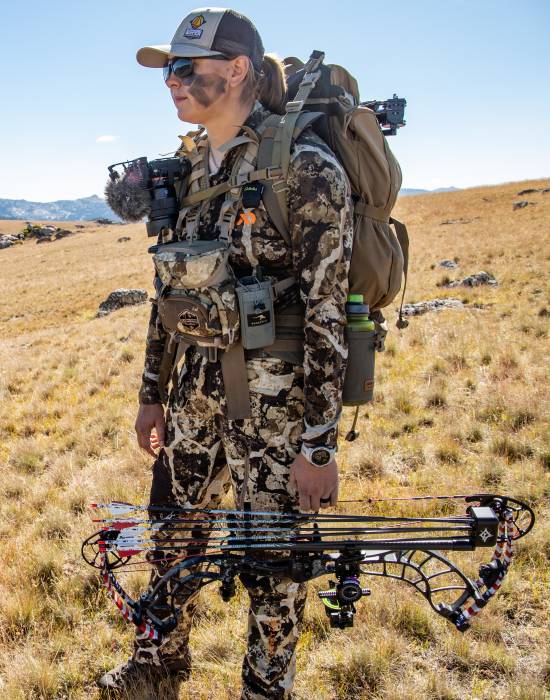 Jordan Budd and Jordan Adams guide mule deer, whitetails, antelope, and more while helping Budd’s family run a 7,500-acre cattle ranch in the sandhills of Northwest Nebraska. Plus, they run a media company on the side, filming hunts on the ranch and further West for elk and sheep.

Budd ostensibly lives where the Midwest becomes the West. She’s not full-blown Rocky Mountain but has filmed many hunts and hunted in that range. She has also guided Eastern hunters and sat in treestands (all day) across the Midwest, so she has a feel for how the West views the East and vice versa.

“There are some Eastern hunters that eat Casey’s pizza and sit in a treestand and bash on Western guys in the gym, trying to make themselves better,” Budd said. “Well, to hunt the Rockies and high elevations, you pretty much have to be in good shape.”

She said it goes the other way, too. Western hunters will poke fun at fat, lazy, truck-hunting Eastern hunters. But it takes an incredible amount of patience and will to shoot a whitetail on a small parcel of land in Iowa or Illinois.

The East versus West battle, which mostly plays out on social media, rubs Budd the wrong way. Both sides attacking each other frustrates her.

“There’s this huge public-land push, that you if you kill an animal on private or with a guide, it’s not as pure,” Budd said. “I think everyone needs to do just themselves and hunt the way they want to hunt.”

All people are insular to some degree. For a long time, I never pursued quarry outside the boundaries of Illinois, and — like Jess Johnson so eloquently pointed out — I knew nothing other than local haunts for ducks, deer, rabbits, and squirrels. I got my views exclusively from hunters at the Quick Stop and public boat ramps, most of whom had also never stretched legs beyond state lines.

As a Midwesterner, I’ve come to understand that there’s more to this Western movement than craft beer and big-mountain archery shoots. And the stories and traditions of the hunt in other parts of the country also go far beyond what hunters post via social media.

Every pursuit eventually has a fight, and this seeming divide between East and West is certainly one worth exploring. From my perspective, the West is challenging those of us who are elsewhere to be more appreciative of what we have and fight for it. And in the process, many people are getting into shape in an attempt to live longer and enjoy the hunt more.

If hunters find themselves in this same insular space, then maybe it’s time to consider expanding horizons on an out-of-state hunt. That could be anything from pheasants in North Dakota to squirrels in the pines of Appalachia to elk on the rugged ridges of Colorado.

Along the way, maybe we’ll all learn a bit more about each other and find these lines becoming less divisive.

Up Next: 5 Sportswomen Changing the Face of Hunting