All backcountry hunters know that boots and backpacks can make or break your hunt. Over the past four months, I used the Kifaru Crater backpack both personally and professionally for this review. 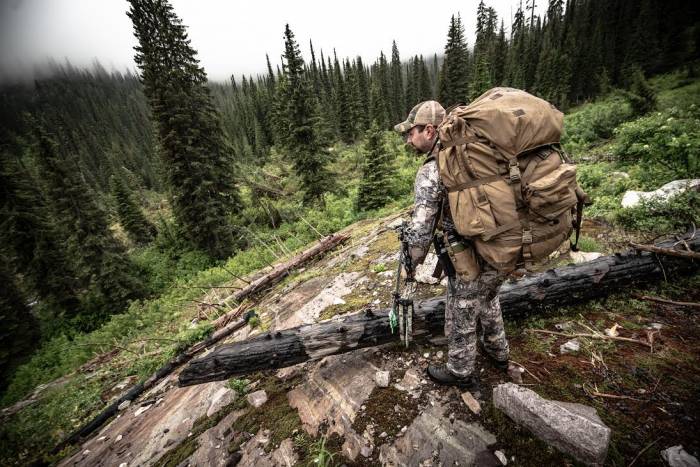 At 8,000 cubic inches (9,100 with the lid), the Kifaru Crater pack is meant to be put to work. It’ll likely haul more than your legs could ever handle.

As a hunting photographer, I like a pack that’s large, comfortable, and, most importantly, will never fail. This may seem simple, but I’ve broken numerous packs over the years. So when I had the opportunity earlier this year, I was excited to get my hands on the Crater and give it some abuse. 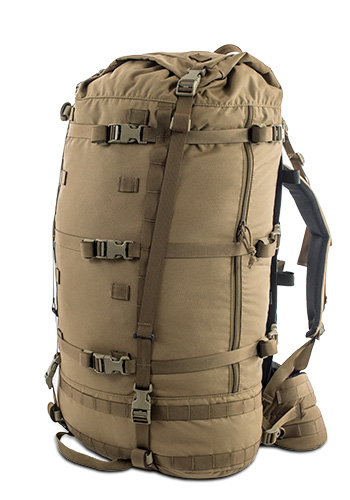 Anyone familiar with Kifaru knows the brand gives you choices. With a wide array of bags, frames, pockets, lids, and accessories, you can really customize the pack for how you intend to use it. Here’s what I went with for my setup:

Versatility: Can One Pack Do It All?

Typically, when you think of a pack with a capacity of 9,000 cubic inches, you think “multiday hunting pack.” For me, this was true, but not the rule. With the Crater’s ability to compress down, so far I’ve used this pack for everything from day trips to eight-day backpacking excursions.

This pack has three compression straps down each side, three across the front, and two on the bottom. The Kifaru Crater has the ability to do it all while still allowing for expansion to pack out meat.

While on a few of the day hunts, I took advantage of the Crater’s ability to operate without a lid. Just fold the collar over and connect it to the bottom straps that your lid would normally attach to. (I didn’t do this to shed weight but rather the 1,100 cubic inches of extra space I didn’t need.)

Although I’ve only been running this pack for four short months, I’ve been able to put it through a variety of trials. This has included two personal bear hunts where all the meat was packed out in a single trip, as well as six other hunts I documented, with a total of seven animals packed out.

The terrain wasn’t that of your typical Canadian bear hunt, where you simply pack out an animal from a bait to the ATV. We hunted the northern Rocky Mountains of British Columbia, approximately 14 hours north of the Idaho border. 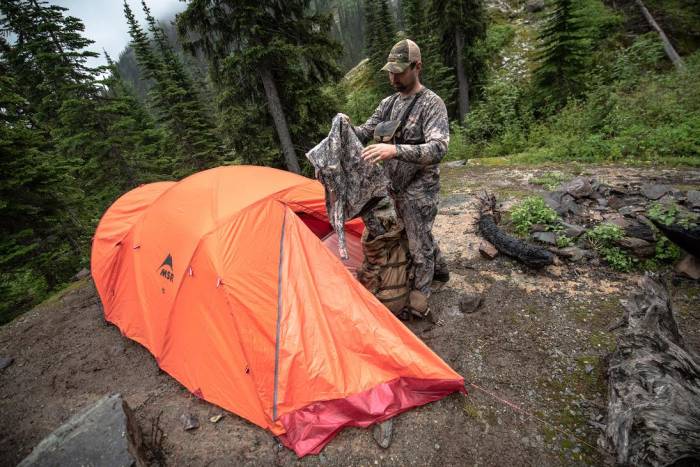 We trekked several miles into the mountains. Our trips left us tired at the end of the day from hiking, let alone packing something out.

The pack can handle more than your body ever could. On a few occasions, our loaded packs well exceeded the 100-pound mark, and the Crater handled it without so much as a noise. This eliminated a quite common (and annoying) attribute of hunting packs once thoroughly loaded down.

While I find it hard to think of downsides to the Crater, there’s nothing out there that’s perfect for everyone. And you can make some minor tweaks to customize it. I made two adjustments. 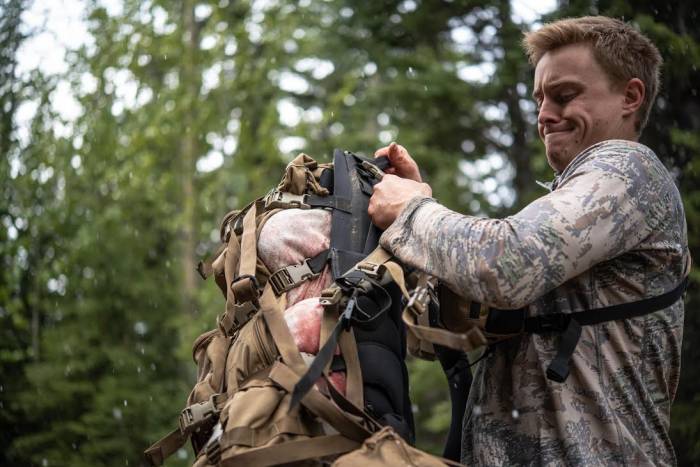 First off was the meat shelf. When you separate the frame from the bag and expose the meat shelf, you need to adjust a few small clips in order to use it. Having needed to haul regularly, I decided to leave the meat shelf attached for ease of use.

This was all fine and dandy. But when the pack was back together and I lifted it up from the bag, the top of the bag popped off the frame. Now, is this a major issue? No. It’s purely driven by me being lazy and not wanting to move a few clips each time I pack something out — which is something I’d like to see Kifaru change.

However, the only thing I didn’t like about this was that, unlike the two lower compression straps that angle upward, this one does not. Again, not a major issue. But if there was a way to keep the top compression strap on the frame while lifting the bag upward, I’d be all for it.

There’s good and bad with every pack. Having owned and abused almost all of the top packs on the market, the Kifaru Crater is definitely one you don’t want to overlook! The customizability, load carrying capabilities, and overall comfort and design are second to none.

If you’re an avid hunter who likes getting out of the treestand, off the road, and into the backcountry, this pack might just do everything you’ll ever need. I highly recommend checking it out.

Nick Trehearne is a professional hunting and wildlife photographer based out of Prince George, British Columbia. With a passion for mountain hunting, Nick is able to spend over 150 days per year afield, where he can really put his gear to the test.