Home » Knives » The Best EDC Knife and Flashlight for Every Budget

Having reviewed more than 500 different knives and flashlights, I’ve experienced everything from perfectly crafted collector’s items to beginner-friendly budget gear. Here, we focus on getting the highest-performing gear for the money. While it’s awesome to have a high-end knife or light, we also understand the need for a wallet-friendly option.

And though you could conceivably get by without either, adding a tool and light greatly expands your capabilities, whether you’re on the trail or in the skyscraper canyon. Below you’ll find the best everyday-carry (EDC) knife and flashlight broken into four price brackets for the pair of tools: under $50, under $100, under $300, and under $800.

Getting a tool and a light for $50 isn’t hard. But getting a good tool and light is. At this price level, materials are substandard, performance is always compromised, and designs are less than ideal.

Here, the knives are so bad that the “jack of all trades, but master of none” penalty associated with multitools doesn’t matter. As such, I’d opt for a multitool over a knife in this price bracket. 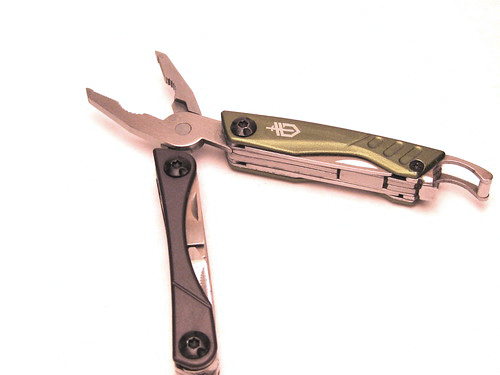 The Dime, on paper, is the best subcompact multitool on the market. It has a decent knife, spring-loaded pliers, an innovative cap lifter that doubles as an attachment point, and a clamshell cutter (which no other multitool this size has).

The problem is the fit and finish are meh at best. If you can, handle or inspect the Dime you purchase. A good one is quite a find. Pro tip: Opt for a colored one — not only are they cheaper, but they are also easier to find if you drop them. Getting black and camo gear is stupid unless you’re an operator, and you probably aren’t.

Multitools are a backbone piece of outdoors gear. This review presents a list of our current favorites. Read more… 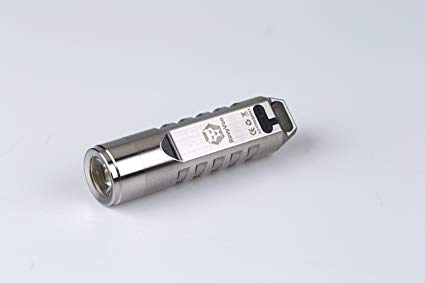 This tiny light is a spec beast. It’s half the size of your thumb and outputs 550 lumens. The v2 version of the A3 has two important upgrades over the original: a Hi CRI emitter option for more natural colors and an improved UI that starts on low.

The light charges through a mini USB, and linking it and the Dime together with a split ring makes for a dynamic, capable, lightweight package. It’ll fit in the coin pocket of your jeans or the tiny pockets in women’s clothing.

See the RovyVon A3 V2

At this price range, you’re starting to get very solid designs and, in some cases, good materials. The problem is, for this amount of money, you rarely get both. Unlike in the $50 price range, you’re getting good stuff with only one or two drawbacks, some of which are minimal.

This is also the last price range where multitools are competitive for EDC. Beyond this price range, they are clunky, expensive, and have underwhelming knives (the most commonly used implement), both in terms of design and in terms of steel. 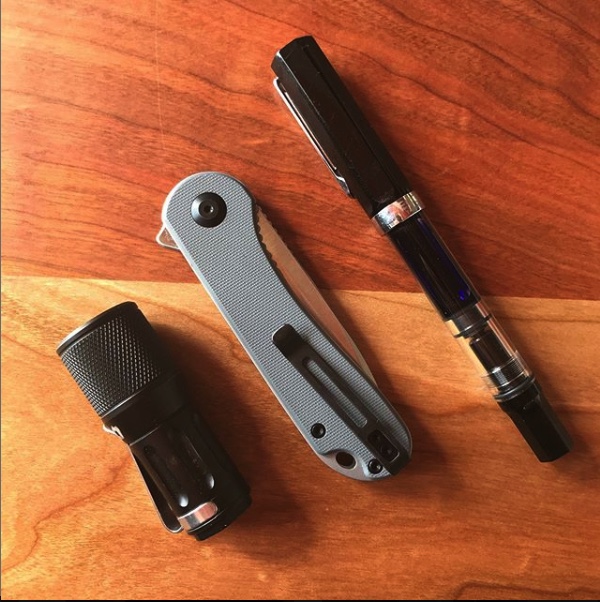 This is a new knife, and boy is it good. For $100, you can get some fancy scales or exotic hardwoods, but skip those and go for the no-fuss G10 handles. The Civivi is WE Knives’ budget offering, and it ports over the fantastic finishing and excellent detents.

The Elementum is the tamest knife in the Civivi lineup, sporting a conservative yet beautiful drop-point blade, an excellent and simple over-the-top clip, and classy-looking letterboxed scales. The blade steel is D2, which probably the cheapest good-to-go (but not great) steel on the market. Overall, the Elementum feels and cuts like a much more expensive knife. 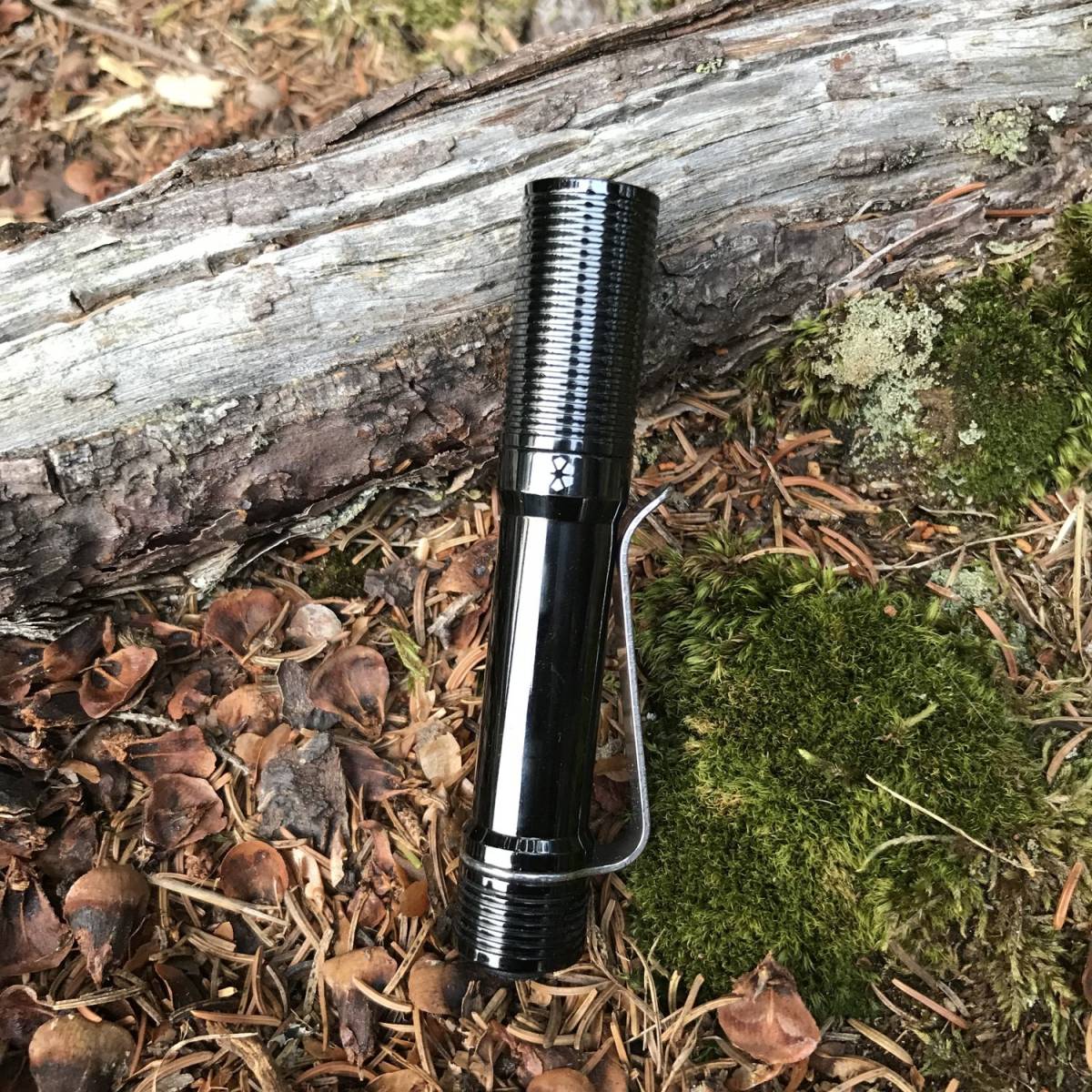 Since its purchase by Jason Hui of Prometheus Lights, FourSevens has been on an absolute tear. The first light from this new era was the Preon 1 Mk. III, and it easily laps the field at this price range.

While not as bright as some of the cheap “burner” torches, the Mk. III has great runtimes, decent throws, and carries like an absolute dream. It also looks stunning. Finally, it sports a HI CRI emitter, rendering colors much better than other, lesser LEDs.

If you have three bills to spend on a tool and light, you can land some real gems. It’s here that the market reaches an inflection point. Beyond this point, you’re paying for luxury and not performance. The steels and emitters here are top-notch, as are the designs.

You won’t get bling or a headlining collaborator, but you will get solid, durable, reliable performance. This is also the point where you can start landing gear built here in the USA. This is my favorite price point for gear.

The Benchmade 555-1 is a fantastic knife. The steel, 20CV, is among the best available. The lock is ambidextrous, and the over-the-top pocket clip is excellent. And the handle, given the name, is truly superior. There is literally nothing that could be done better performance-wise.

You will keep this knife for years because it’s 100 percent reliable and the blade seems impossibly large given the knife’s footprint. This is a Benchmade staple for a reason. 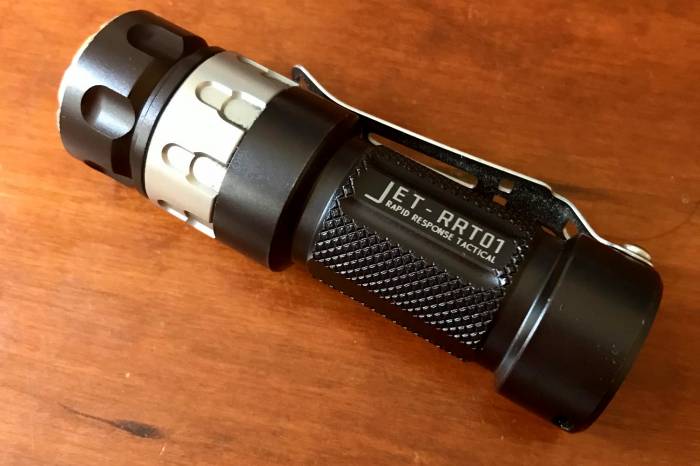 The v1 Raptor was amazing. It, like the v2, has a selector ring UI, which allows for easy and precise control the output (on the v2 from 0.1 lumens up to 950 lumens). Both lights are small (though not so tiny as to pose a challenge when being held) and have bolt-on clips.

The v1 couldn’t tailstand and had a crummy reflector that resulted in mediocre output with lots of artifacts. The v2 fixes both of those problems and instantly becomes the best value in flashlights. Add to this the fact that the battery is directly rechargeable with a mini-USB cable, and you have a real winner.

The jump from $300 to $800 might seem huge, but it really isn’t. The difference these days between $150 and $300 is virtually nonexistent, either in terms of performance or materials. To get that next substantial bump, you have climb over the “Sebenza barrier” — that is, the current market price for a base model Sebenza.

The Chris Reeve Sebenza has long been the standard for high-end production knives, and that hasn’t changed much. What has changed is just how crowded this part of the market is. Benchmade, Spyderco, Reate, WE Knives, and a slew of others now make blades that cost as much or more than the Sebenza.

This is also the point at which you leap from great lights to technical achievements. The Aeon, for example, survived a trip into space, and the BOSS is programmed via a video online that is a series of pulses. Lights in the $400 range are tanks with built-in supercomputers.

Beyond this point, there is no real justification to buy production stuff. Custom stuff may warrant more than $800, but at that point, you’re buying for collection reasons, not utility.

It’s also worth noting that, because of the small niche these products make up, many will be hard to find. Happy hunting! 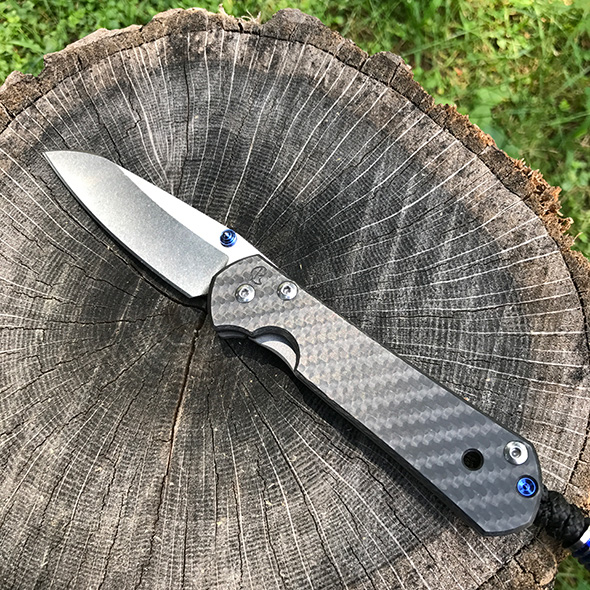 With the 31 right around the corner, it might seem silly to recommend a version of the 21. But that only makes sense if you’ve never handled this particular Sebenza. First, it’s a Knife Art exclusive (the blade shape was designed by one of Knife Art’s owners). Beyond the exclusivity, there is pure knife perfection.

Chris Reeve’s small Sebenza 21 Insingo in carbon fiber is the best custom knife you can buy without selling your Subie. Find out why in this review. Read more…

The Sebenza is a classic for a reason, and this knife improves the blade shape (opting for a sheepsfoot instead of a clip point) and adds a carbon fiber show side scale. The result is the apotheosis of the form, the best of the best. You get all of the Sebenza goodness minus a full ounce of weight.

And while I’m sure the 31 is outstanding, it might be a while before they get around to a 31 version of this particular knife. Until they do, this is the go-to choice for high-end general-purpose blades. 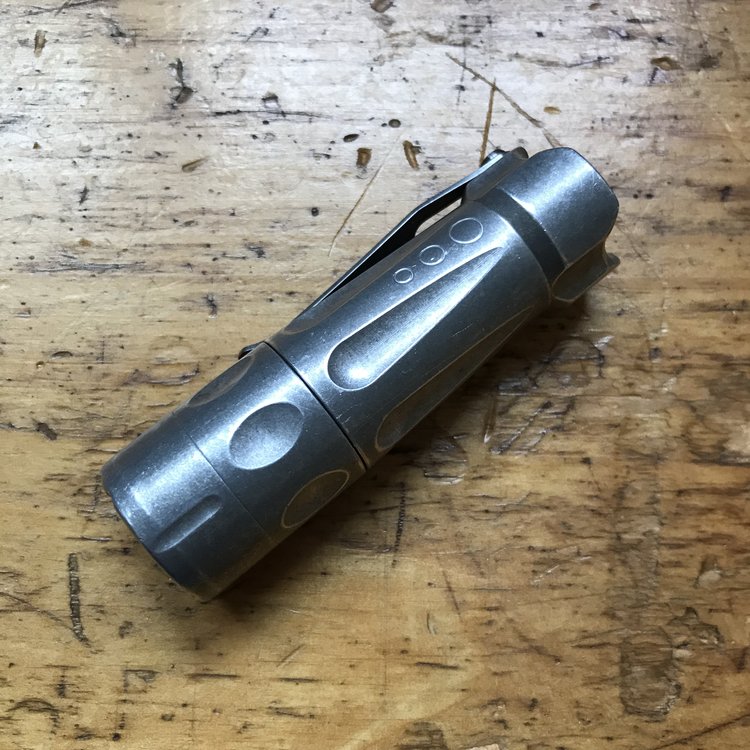 A flashlight this expensive is a bit silly. You’re paying for unbridled performance, and with the BOSS 35, that’s what you get. This is a flashlight the size of your thumb that belches out as much light as the headlight on your car. It has the best body tube ever designed, it tailstands, and has a low that whispers like a faraway star. Plus, it’s built like a bank vault.

But its programming is a real marvel. Using an optical sensor in the head of the light near the emitter, it can be programmed on the light’s website (yes, the light has a website).

Once the programming is configured as you want, you drop the light into “programming mode” and hold it toward your computer. A YouTube video plays consisting of a series of pulses of light. The flashlight “reads” those pulses and configures the output as you want. It’s no-fuss, no-muss and never fails to work. All you need is an internet-enabled device.

And the programming isn’t just rearranging different outputs in a new order — it’s changing the lumens in high, low, etc. You can even disable the heat sensor that turns the light off when it gets too hot, you know, in case you want to cook some eggs with a flashlight. The light is 3 years old and still 10 years ahead of the competition.

Looking for more EDC blades? Check this out:

The 5 Best Pocket Knives for EDC

This is the year of the everyday carry knife, a blade that needs to perform well, withstand daily use, and fit in your pocket. After rigorous testing, we found the best EDC folding knives of 2018. Read more…

Up Next: Top-Selling: What GearJunkie Readers Bought in August