One of the most innovative knives in recent years just got a remake. Meet the CRKT Imperial White Provoke.

Joe Caswell is one of those knifemakers that has a strong mad scientist vibe to his designs. His early customs were relatively straightforward folders with cleverly design clips that could be hidden when the knife was open, resulting in a very good grip during use.

His next, more exotic release was the EDX, a very small run of custom knives that were beefy and, again, innovative. The EDX’s blade and clip were mechanically linked so that opening the blade retracted the clip and vice versa. It also had a very unusual lock design.

But those were mere warm-ups to his most popular design — the Morphing Karambit.  This knife has had three iterations: a full custom that served as a prototype, a mid-tech sold via Kickstarter, and a wildly popular production knife made by CRKT called the Provoke.

With its pair of precision linkages and tight tolerances, the Provoke is a strange and visually striking design.  The small, curved blade doesn’t fold into the handle so much as it retracts up next to it.

The above image is the knife open while this image, below, shows the knife closed. 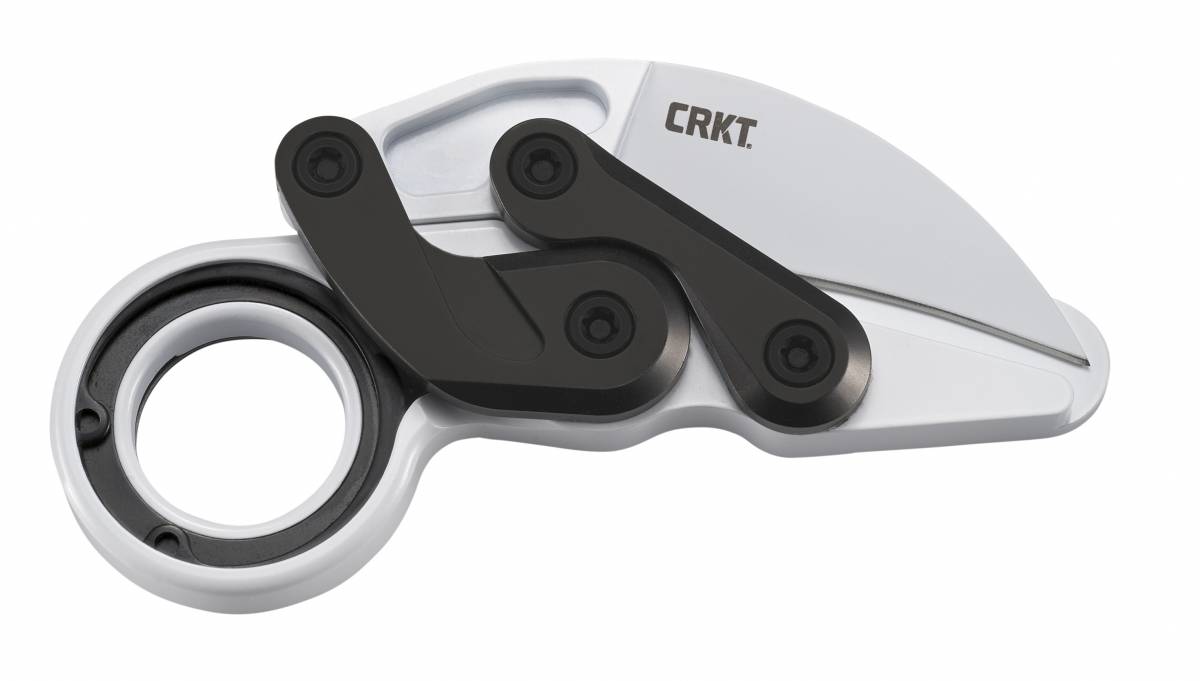 The knife opens with a quick nudge of the rear of the blade, and the overall feel is one of speed and solidity. The Provoke fires as fast as an automatic knife with a bit of experience.

But CRKT took this very popular design and made it stunning with its new Imperial White version, pictured here. The steel and the specs are the same, but this Provoke takes the already-striking knife and renders it in Imperial colors (i.e., Storm Troopers of Star Wars lore).

The result is a clean-looking blade that evokes the sinister sterility of galactic bad guys from the big screen. While the Imperial weapon of choice is a blaster, if they had a standard-issue knife, this would be it.

The Imperial White Provoke will be available soon for the same cost as the original — a street price of $200.

Up Next: Which Swiss Army Knife? Expert’s 5 Top Victorinox Choices