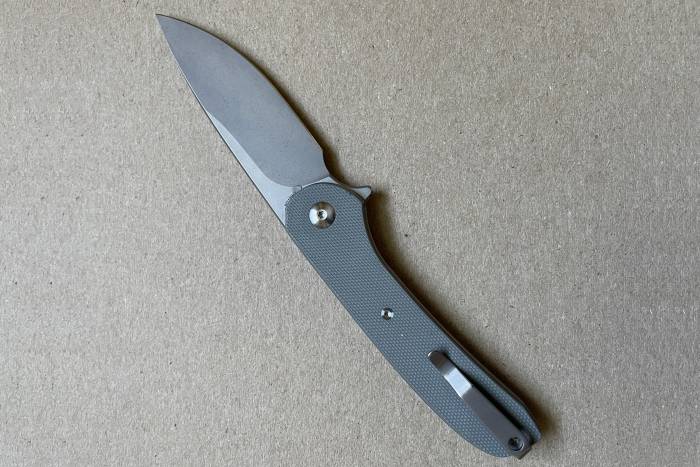 With Mass Drop divesting of the knife market, Ferrum Forge picked up the baton of this classic folder.

The Gent is one of my favorite pocket knife designs and was one of the first Massdrop (later just “Drop”) knives. I owned four different versions over the years. It was the starter’s pistol for a run of really impressive designs for Drop.

Mysteriously, Drop decided to focus on keyboards and headphones, but some of those old run Gents are still available. Given Drop’s decision to leave the knife market, Ferrum Forge moved to resurrect the design in-house.

In doing so, it made a few big changes. All but one were really good, making a great knife even better … kinda.

In short: Some promising improvements are offset by decisions in steel selection. There is a lot to love here, but the value won’t be there for purists.

The Gent 2.0 is available in multiple color schemes, and there is a Jade G10/D2 exclusive for Blade HQ. The knife is a very simple design with a flipper, a deep-carry pocket clip, a finger choil, and a drop point blade.

In many ways, this is the Platonic Idea of a modern folder — modest size, simple design, and easy carry.

As implemented, there are a lot of small upgrades. First, the original clip was an off-the-shelf number that did not fit the knife’s look well and caused hotspots. If there was one flaw in the original Gent, this was it.

The new clip is smaller, less hot-spotty, and ties in with the knife’s look quite well. Additionally, the brand changed the pivot, eliminating the free-spinning pivot on the original.

For people who like to clean their knives or take them apart, this is a sizable improvement.

Ferrum Forge also provided something of a launch path for your flipper finger, making the knife even more fidget-friendly.

Finally, and most importantly, this is a sequel that is less expensive than the original. This does not happen often in the knife world, as success tends to warrant a fancier model the next go-round.

Here, the price is about $40 less. But as the knife gods giveth, they also taketh away …

Not So Great Changes

Instead of retaining the S35VN steel of the original, Ferrum Forge dropped way down the steel ladder to 9Cr18MoV.

Now, 9Cr isn’t bad, but it is not as good as S35VN. It is not a powder steel and is not as corrosion-resistant or wear-resistant. 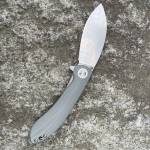 The price savings almost certainly comes from this move and as a knife enthusiast, this is a bit of a disappointment. But even non-enthusiasts will note that very few knives in the Cr family cost $75.

This is a budget steel only. Now, the Gent 2.0 has premium action and a wonderful design, but this knife is not a good value.

There was one last change that strikes me as neither a positive nor a negative. Ferrum Forge added a bit of jimping to the flipper tab. I find it totally unnecessary but also not offensive, so a wash.

I do think there will be fancier renditions of this knife down the line, and using 9Cr is an easy way of doing product differentiation, but this first release of the Gent 2.0 is pretty OK. If it were $50, I’d be less vexed by the steel choice. Recommended, but not by much. 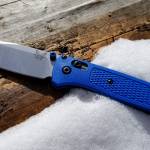 The Best Knives for Hiking & Backpacking of 2022 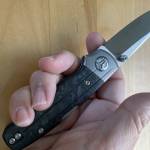