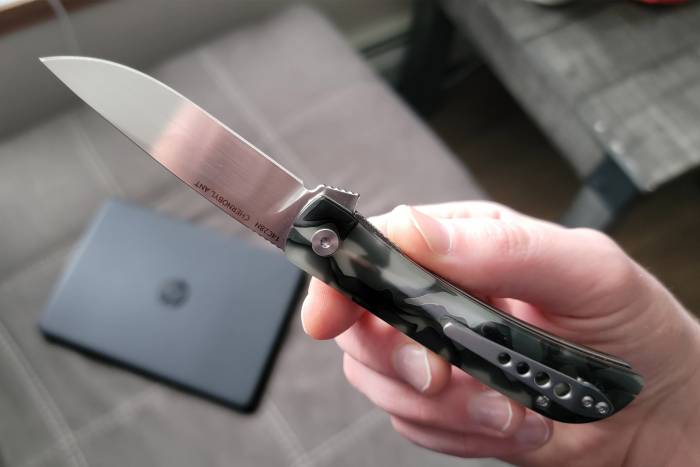 Well made, affordable, and performance that punches well above its class, the Finch Knife Co. Chernobyl Ant deserves a glowing recommendation — literally.

What the heck is a “Chernobyl Ant”? When I first heard the name, it conjured up images of sci-fi horror films from the 1950s. But alas, no, Finch Knife Co. isn’t selling giant, irradiated bugs.

As it turns out, the Chernobyl ant is a type of fly fishing lure dating back to 1990. Suffice to say, the name carries the weight of that lure’s success.

“The original Chernobyl ant has stood the test of time on the river,” Finch said in its marketing. “Designed to catch cutthroat trout, its unique shape has also proven the ability to catch other species of fish including bass and panfish. Our Chernobyl Ant, a sodbuster flipper designed for hard-working folks will be happy serving as a daily carry or floating the Snake River.”

But there’s a big difference between a hook and a blade. And some pocketknife makers have been known to apply bombastic names to models that don’t quite live up to their promise. However, Finch recently made a big splash on my radar with its Model 1929. So when the brand offered to send not one, but two Chernobyl Ant flippers ($129) for testing, my personal Geiger counter may have skipped a beat.

In short: In its effort to apply modern tech to a classic design, the Chernobyl Ant is a thorough success. Finch Knife Co. (and its manufacturer, QSP) have put together a noteworthy blade at a surprisingly solid price. Its handle and blade are thoughtfully sculpted, and definitely more useful than any number of radioactive formica.

As stated above, Finch describes this knife as a “sodbuster flipper.” This fun combination of words is in line with the company’s other models — classic pocketknife shapes, updated with modern mechanics. And like the 1929, the upgrades here lie in the opening mechanism and lock.

The Ant’s flipper tab is smooth and well textured. After the knife swings open, it serves nicely as a blade guard. I found the action of the 1929 to be a little snappier, but both testers open and close very nicely. The liner lock does a fine job, holding up during multiple spine-whack tests.

The Ant surprised me in the kitchen. But in a pleasant way; not “Oh no, there are insects in my corn flakes.”

Garlic, scallions, carrots, celery, and more — it cut through each of these with ease. And though it’s not shown here, I used the knife to tackle several onions. The slices it produced were shockingly thin, especially for a blade that’s less than an inch tall. I’ll credit this to the excellent flat grind on its 14C28N steel (which, by the way, showed no signs of staining).

But even before I got to cooking, I was caught off guard by the Chernobyl Ant’s width. The handle is about half-an-inch wide, which felt a bit chunkier than expected.

This sounds like a gripe, but it’s not. It actually offers surprisingly excellent grip. The knife manages to feel somehow elegant and substantial, with the jimping and long blade making short work of packages, cardboard, and cordage.

Wide-ish as the handle may be, the Ant carries like a much thinner knife. This is due to the narrowness of the design, along with a solid (not literally) pocket clip. These factors, along with the slight hook at the back of the handle, help it to nestle itself against the back side of your pocket.

And while they may not be radioactive, both of Finch’s test samples happen to glow in the dark.

As for downsides, well, let’s see. I like the price, and Finch’s craftwork is, as usual, on point.

If I had to nitpick, I’d say that the inset shield doesn’t sit quite flush with the handle. And the jimping, perhaps, could extend a bit further up the blade.

But I’ll be honest, folks, other than that, the team from Stilwell, Kan., and the manufacturer overseas, pretty much nailed this one.

So, there you have it. The Chernobyl Ant knife, like its fly fishing namesake, is something of a modern classic. Its shape, materials, and performance are on point, even compared to knives with a significantly higher cost.

This one gets a solid recommendation and furthers my belief that Finch is a company to watch. 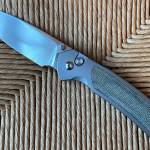 CJRB Pyrite Review: The Best Knife in the World Under $50

CJRB is a budget label that is part of the Artisan Cutlery brand. The Pyrite is a button lock folder with three basic designs. Read more… 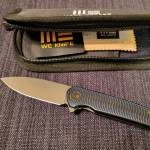 I tested the award-winning EDC knife from Blade Show West, the WE Knife Shakan. It did everything right — so why was I left wanting something more? Read more…