Made in Sweden, and known for their simple, reliable design, Mora knives have a cult following around the world. Here we test the largest Mora, the 11.6-inch Pathfinder model. 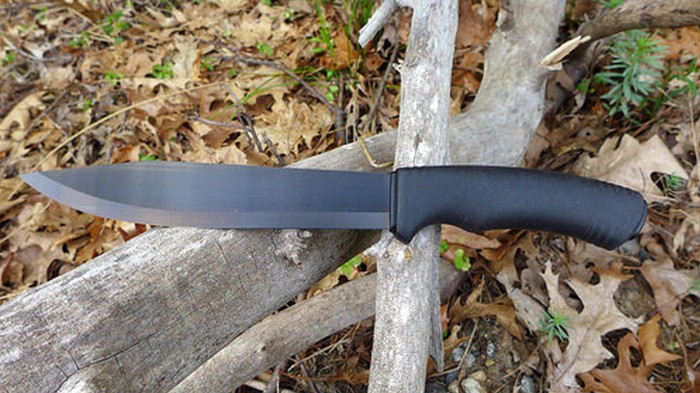 As a part of the “bushcraft” series of Mora knives, the Pathfinder has much thicker than normal blade stock. Its business end is long by Mora standards, too, with a 6.75-inch blade.

At $130, the Pathfinder is high-price by Mora standards, with some models costing literally $100 less.

Like many Mora knives it has a rubber over-molded handle and comes with a razor-sharp scandi grind, which is a single grind, without a primary grind and a cutting bevel. It comes with a woven nylon sheath and a hard plastic insert.

The blade is a carbon steel, though the specific type is not listed on the Mora website. It is coated, and the spine is squared off for use with a firesteel.

The blade is a clip-point, and the weight is very far forward with a balance point just in front of the handle. That balance point is much more forward than other Mora options, indicating that the company intended this knife for swinging chops more than precision cuts. 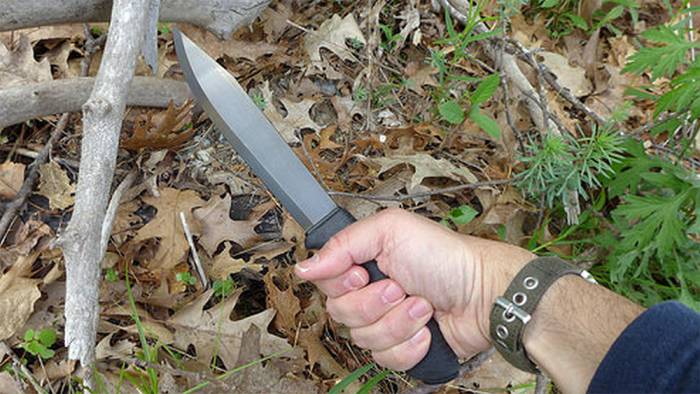 As is customary with Mora knives, the Pathfinder came razor sharp. The handle, again as is customary, has excellent ergonomics, producing zero hotspots in use.

I put the Pathfinder through two separate testing phases. In phase one it was compared to two true choppers, the Ka-Bar Becker BK9 and the Utility Tools Battle Axe. They were all put through a series of tests from de-limbing green trees to processing firewood to batonning through different woods.

In these tests the Pathfinder did very poorly. Compared to a true chopper, the Pathfinder was flimsy, light, and unable to handle even the easiest tasks like de-limbing green pine. 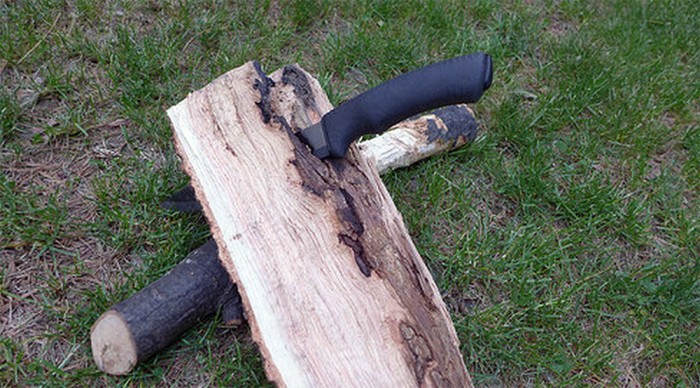 It did not have the heft or the grind to do serious chopping. I thought it might have an advantage in the batonning tests, as it had the thinnest blade, but it just got wedged deeper into the wood, lacking the thickness and the heft to “pop” the wood apart.

It also got chewed up by these tests. Dry oak chipped the ultra-keen edge and the rubber handle looked like it had been gnawed on by mice.

A few weeks later, I grabbed the Pathfinder again and used it for some food prep and light fire prep. In this role it did very well. It sliced food, including things like apples, just fine. It made kindling quickly and with ease.

I am not sure it offers any advantage over a Mora Companion (which can be had for $16), as that knife did these tasks equally well without the extra weight or the extra blade length of the more cumbersome Pathfinder.

This is really a tweener knife — not a true chopper but too big to be a camp knife, or at least offering no advantages over a smaller camp knife.

It is quite light, and the sheath is excellent, both easy to use and secure, but I don’t see a reason to own this knife instead of a true chopper or a true camp knife.

Furthermore, flexing across both roles reveals that it is subpar at both. I can’t recommend this knife for really any reason. Most importantly, it lacks the classic Mora trump card — price.

At $130, it’s more expensive than a Ka-Bar Becker BK9, a great true chopper, and it is around the same price as a Bark River Lil’ Creek, a superior camp knife. Heck, it’s the same price as my handmade Jesse Jarosz JFS, one of the best camp knives I have handled. 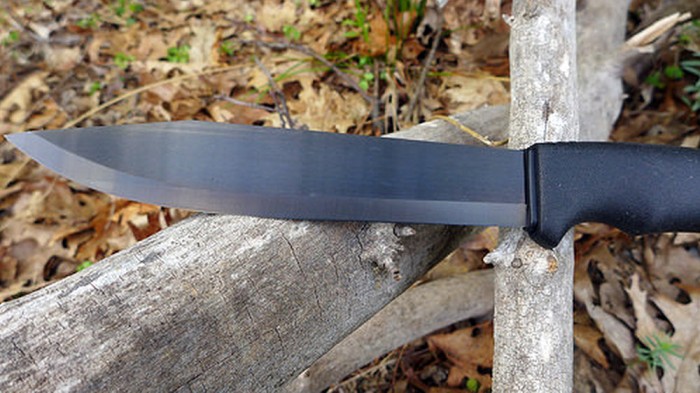 There is a long line of fighting knives that are the same size or shape as the Pathfinder. The Marine Raider Bowie from the Pacific theater in World War II has an almost identical blade shape with a bit longer blade. The UMSC Ka-Bar and the Fairbairne Sykes Dagger both have the same blade length.

The Mora Pathfinder needs to be redesigned and the designers at Mora need to figure out what this knife is, or more accurately, what they want it to be.

In its current incarnation no one but the most completist of Mora collectors should bother buying the Pathfinder.

Up Next: Benchmade Valet: The Almost Perfect EDC Knife