The SHOT Show is one of the biggest outdoor trade shows in the United States, and while the focus is largely firearms and tactical, many brands release outdoorsy products useful to hikers, campers, and more. Knives are at the top of this list.

This is the top knife news from 2016 SHOT Show.

KAI USA, the parent company of both Kershaw and ZT, showed off a huge 2016 lineup filled to the brim with collaborations with custom makers. They had new knives coming from partnerships with Rick Hinderer, Todd Rexford, Les George, Dmitri Sinkevich, Jens Anso, and Grant and Gavin Hawk.

Of particular note was the ZT0220, the first collaboration with Jens Anso. The knife has a blade length of 3.5 inches and runs the very good S35VN steel and bead-blasted titanium handle. It also has Anso’s custom backspacer/lanyard hole. It’s beautiful to the eye, and at $285, a reasonable value for such high-end materials.

Spyderco had quite a few new knives to show off, which was a treat since it usually rolls out products at the German outdoor show IWA. In the line was the Mantra Titanium ($279). This knife is a bearing pivot flipper that runs M4 steel and shares a strong resemblance to a Delica, albeit with titanium handles and a frame lock.

Spyderco also featured sprint runs (short, limited edition productions) of classic blades with premium Hitachi steel called HAP40. With high hardness (around 64-68 HRc), but with ease of sharpening like a softer steel, HAP40 looks like another great steel for Spyderco fans and steel snobs to sample.

CRKT’s lineup for 2016 is, like KAI’s, very large, but CRKT continues to focus on the middle of the market. It doesn’t have any exotic steels — mostly 8Cr, AUS-8, and the occasional dollop of CTS BD-1 — but it does have a wide range of collaborators. There is a Jesper Voxnaes collab called the Amicus that looks very promising. My favorite knife in the CRKT 2016 lineup is either the Tom Krein fixed blade collab called the Mossback Hunter ($70) or the Robert Carter designed small EDC folder called the Jettison.

The Mossback Hunter is a versatile looking knife with a 3.2-inch drop point blade and G10 handle. As a hunting knife, this looks like a solid option that can flex into other outdoors roles.

The Jettison is notable for its use of titanium handles, a premium material not usually found in CRKT knives.

Benchmade released a flurry of new blades, many of which are now available, including upgrades of various classic folders. The most interesting are the G10 Griptilians. The scales are gray and the liners are blue, but the big upgrade is the steel — switching from 154CM to 20CV (an American made steel similar to the great M390).

The Benchmade Hunt North Fork looks like a big, bold knife and is probably my favorite new blade, but too big for everyday carry.

For those working in blade-restricted environments, Leatherman released this knifeless version of the popular Rebar multi-tool. It still packs 16 tools, including tough scissors, to get work done where knives aren’t allowed and sells for $80. 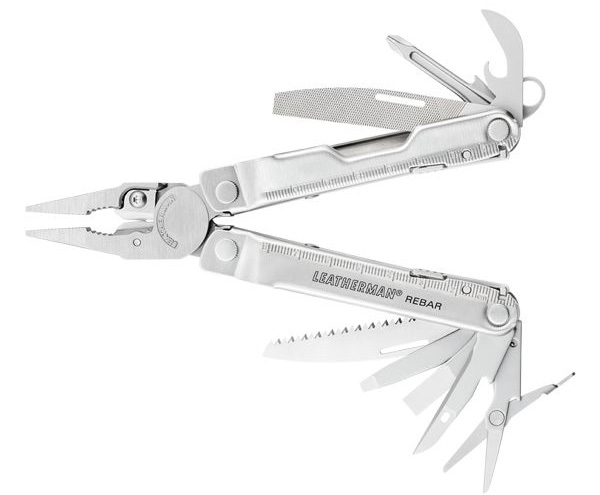 DPx Gear showed off its Kickstarter darling, the HEST Urban. This USA-made folder (a first for the brand) raised more than $100,000 on Kickstarter and now may enter the brand’s lineup. You can sign up for updates about it now. 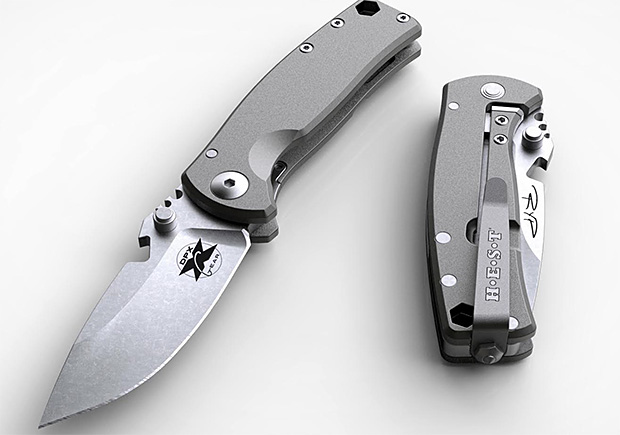 With a titanium frame, S30V steel blade, and some multi-tool features (wire strippers, quarter inch drive, glass breaker), this “hard use” knife sells for around $300. 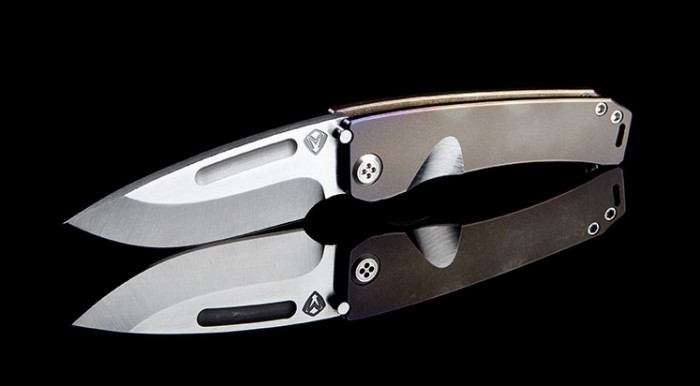 Coming with a whopping $600+ price tag, the fine fit and finish of the Dress Marauder carries a high-end D2 steel (add $100 for S35VN) and stainless steel hardware.

Keep An Eye On Kizer

Kizer, a small brand that makes some extremely fine knives, had a great showing and hung with the big boys. The brand has dialed in tolerances and is making some of the best knives in the world right now. In particular, the Michael Vaganino Velox looked good. Kizer released a “budget” line of knives with G10 scales instead of titanium, and VG10 steel instead of S35VN, which could bring this luxe brand into the realm of reality for consumers in the near future.

Overall, KAI USA dominated the show. Spyderco and CRKT had good showings as well but didn’t have as many “Instabuy” blades. Benchmade again had a bland show, but is still churning out quality American-made knives for mid-price consumers. Five or six years into the titanium frame lock flipper obsession and they still don’t have one — that’s a bad thing we hope they fix soon.

Up Next: ‘Credit Card Axe’ Zip-Ties To Shaft