RAM Trucks’ Multifunction Tailgate adds a new dimension to the longstanding American truck war. But isn’t a tailgate just a tailgate? Not anymore.

The competition for the biggest, most powerful, most luxurious American truck has been raging for decades. But a new feature has recently taken the limelight: the almighty tailgate.

Last week, RAM Trucks entered the competition at the Chicago Auto Show with its new Multifunction Tailgate. The brand showed it off on its latest 2019 RAM Rebel, a new truck that’s getting a lot of accolades already. Check out how it works in the video below.

RAM Multifunction Tailgate: What Does It Do?

The new RAM Multifunction Tailgate works just like a traditional tailgate but also has 60-40 split swing-away functionality. It retains the remote-release, fully dampened drop-down features of the standard RAM 1500 tailgate as well.

Panoramic sunroof, 22-inch wheels, and bigger everything, the 2019 RAM 1500 presents a truly modern full-size truck. So we took it for a test drive. Read more… 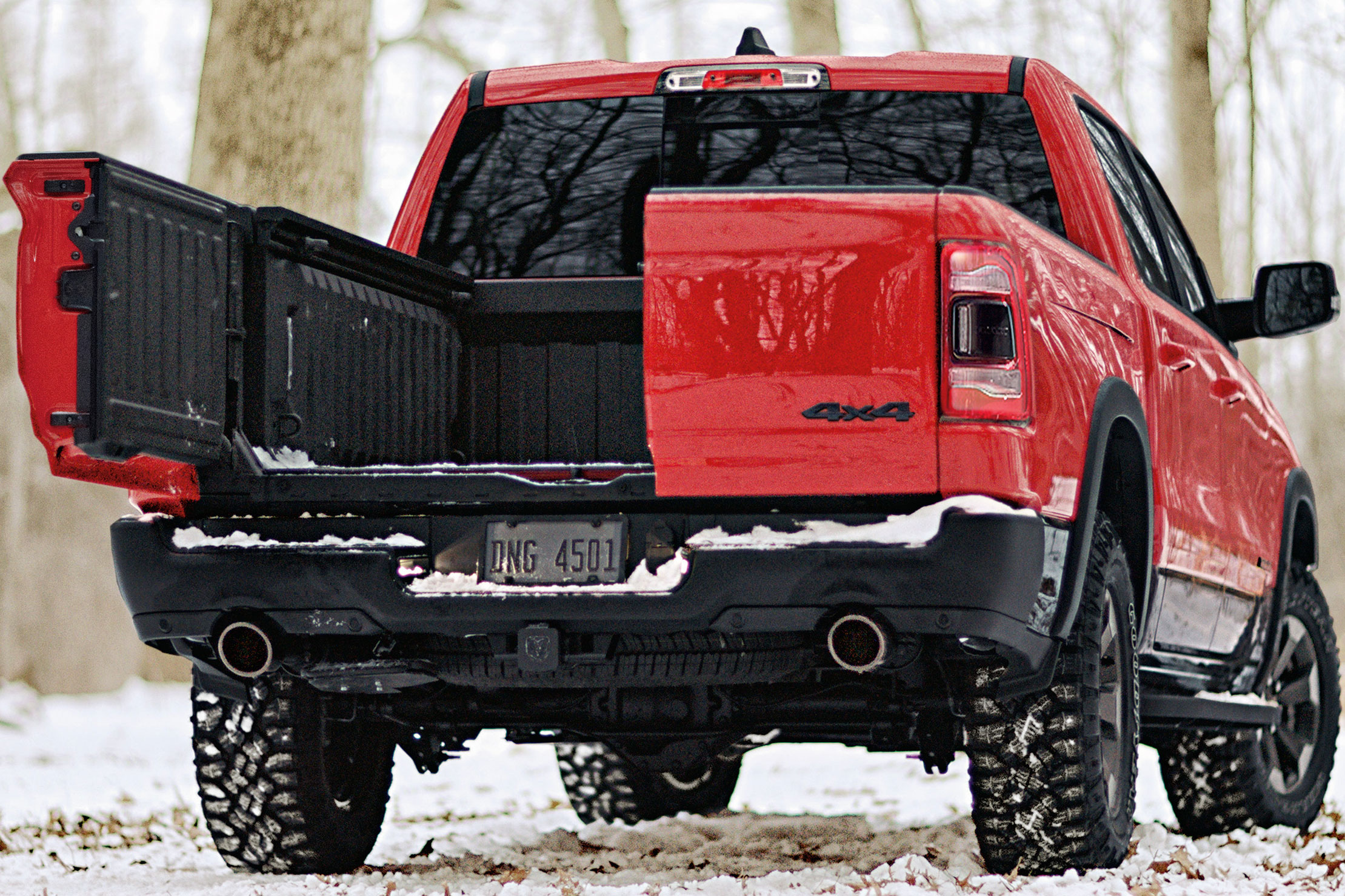 The key benefit of this design is that you can get much closer to the gear in the truck bed without having to reach over the tailgate. This is especially handy when loading and unloading heavy or bulky items.

RAM also developed a new kick-down retractable step to complement the new tailgate design. The step is mounted under the rear bumper and allows easy entry and exit of the truck bed when both tailgate doors are open. 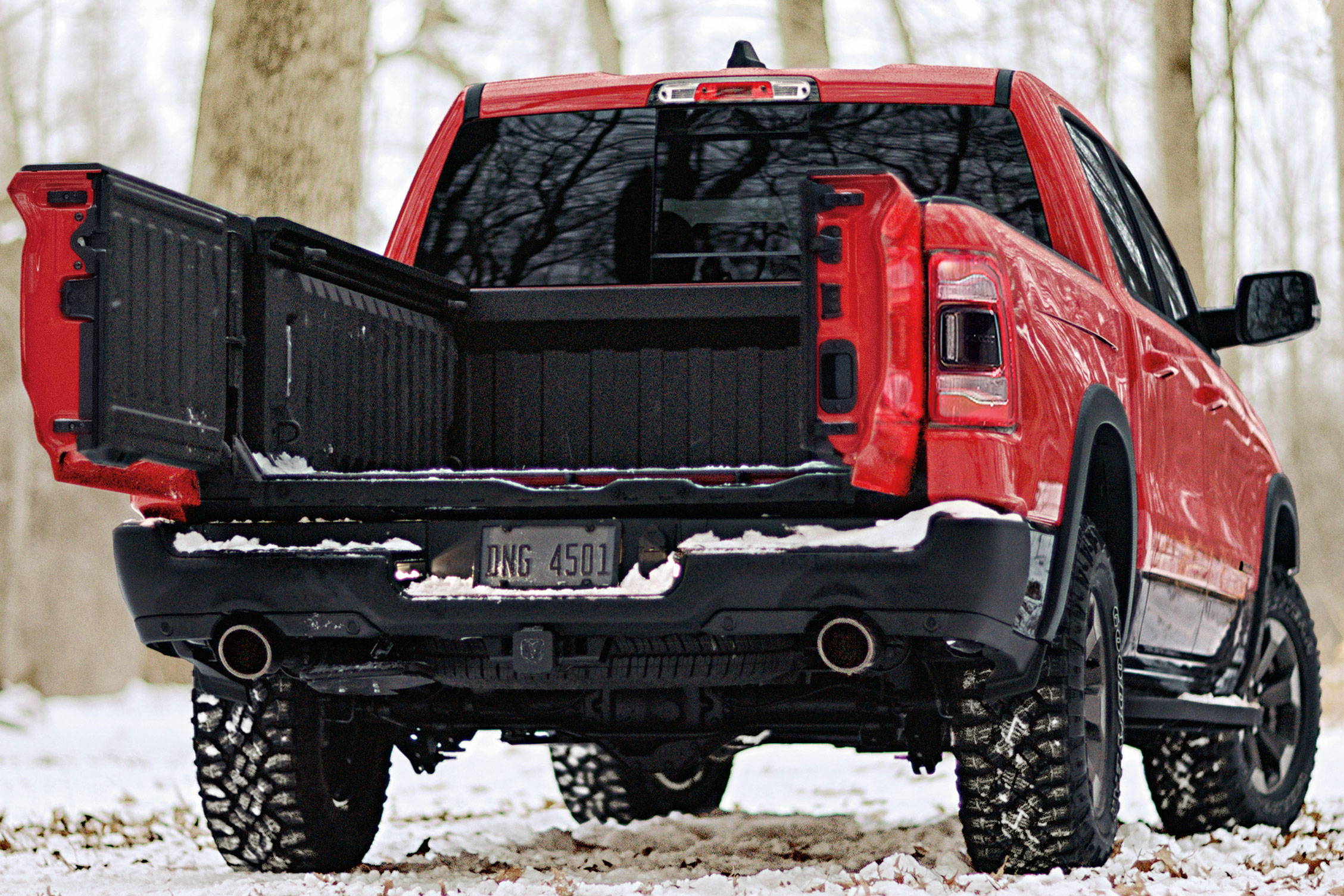 Trucks are meant to do work. And one added benefit of this new swing-out tailgate design is that it makes forklift loading into the truck that much easier.

By the Numbers: RAM Multifunction Tailgate

The Multifunction Tailgate carries a load rating of 2,000 pounds. That’s impressive given its many parts — and especially considering the truck’s overall load capacity of 2,300 pounds. 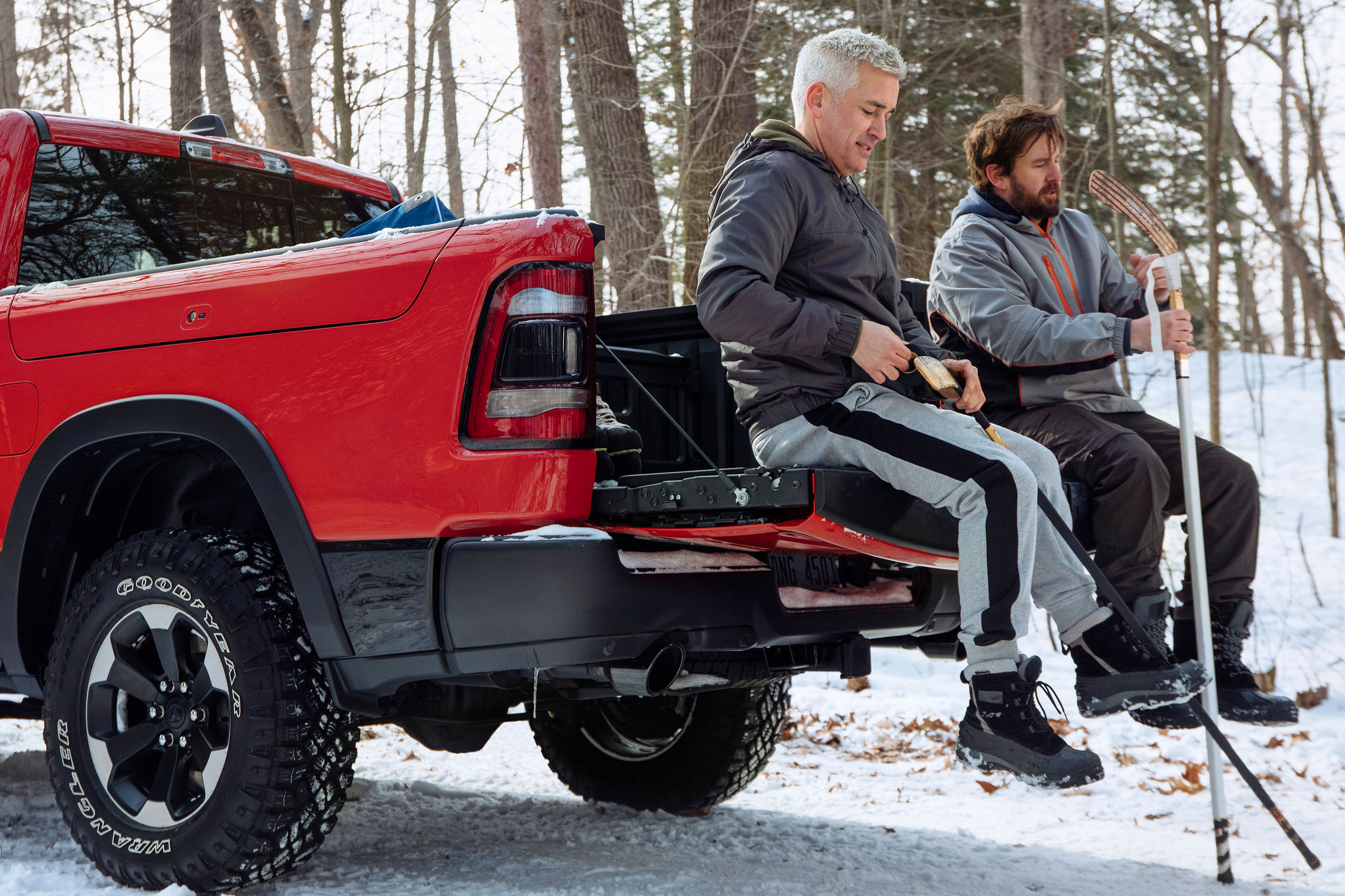 You will be able to get any 2019 RAM 1500 truck with the new tailgate in the second quarter of 2019. The tailgate upgrade will run you an additional $995. If you also want the optional retractable center step, it will cost you another $295.

The only other truck on the U.S. market with a swing-out tailgate design from the factory is the Honda Ridgeline. That design folds down like normal and also swings out as one piece to the side.

The all-new 2019 RAM Power Wagon is a big truck. It's also packed with the latest technology, luxury, and off-road capability options, not to mention a big Hemi V8. The new RAM HD trucks, including the Power Wagon, will hit dealers in April. Read more…

Perhaps surprisingly, Ford is the brand that actually fired the first shot in this tailgate war. It integrated a pull-out bed step into its tailgate. However, by today’s standards, this design looks simple, if still a useful feature.

Then, GMC really escalated things with the MultiPro Tailgate, which debuted on the 2019 GMC Sierra 1500. While it has six very useful positions, it has no swing-out functionality.

While RAM Trucks’ response to the growing tailgate tech trend will undoubtedly sway some buyers’ decisions, it also raises a few questions. 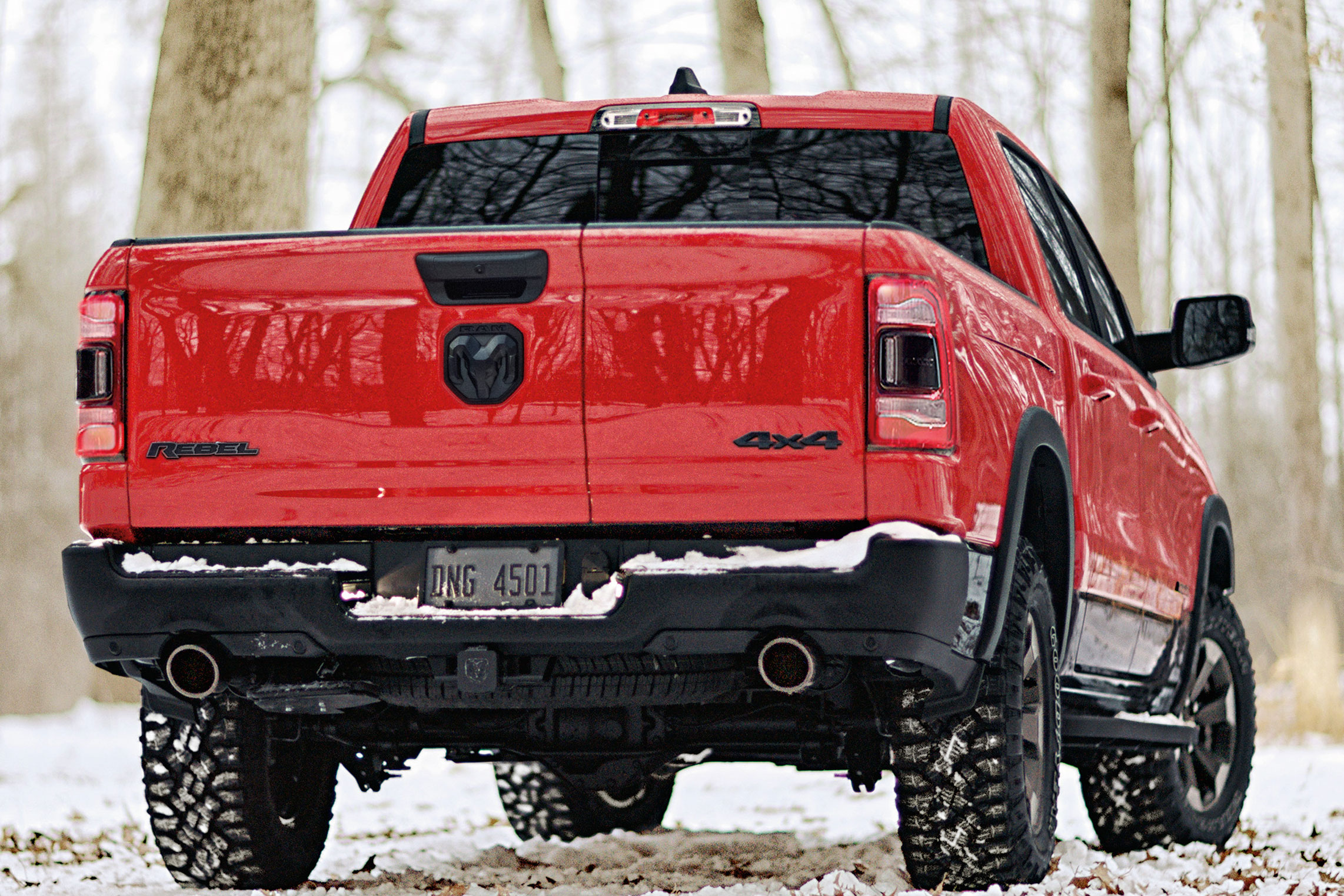 What will the next tailgate of the future look like? How much more complicated can tailgates get before durability is compromised? Most importantly, is the added functionality of these new tailgate designs worth the added cost?

Got a great idea for the perfect tailgate? Let us know in the comments!

Up Next: 2020 Land Cruiser Heritage Edition: Retro Good Looks, But We Crave More