It’s been a decade since Nissan introduced the Leaf, the world’s first mainstream battery-electric vehicle. Since then, sales have slowed to a trickle, but the automaker hopes to kickstart its market momentum with the launch of the new Ariya.

The all-electric 2023 Nissan Ariya finally made its debut in Los Angeles on Tuesday night, ahead of its official public unveiling at this year’s downsized Los Angeles Auto Show. The project has suffered a number of delays, and potential buyers will have to wait just a little bit longer. The latest pushback means it won’t reach showrooms until early in 2022.

Nissan once ruled the emerging battery-car market with the Leaf, which made its debut in 2010. But demand has all but dried up, and the second-largest of the Japanese automakers is now shifting focus to Ariya. 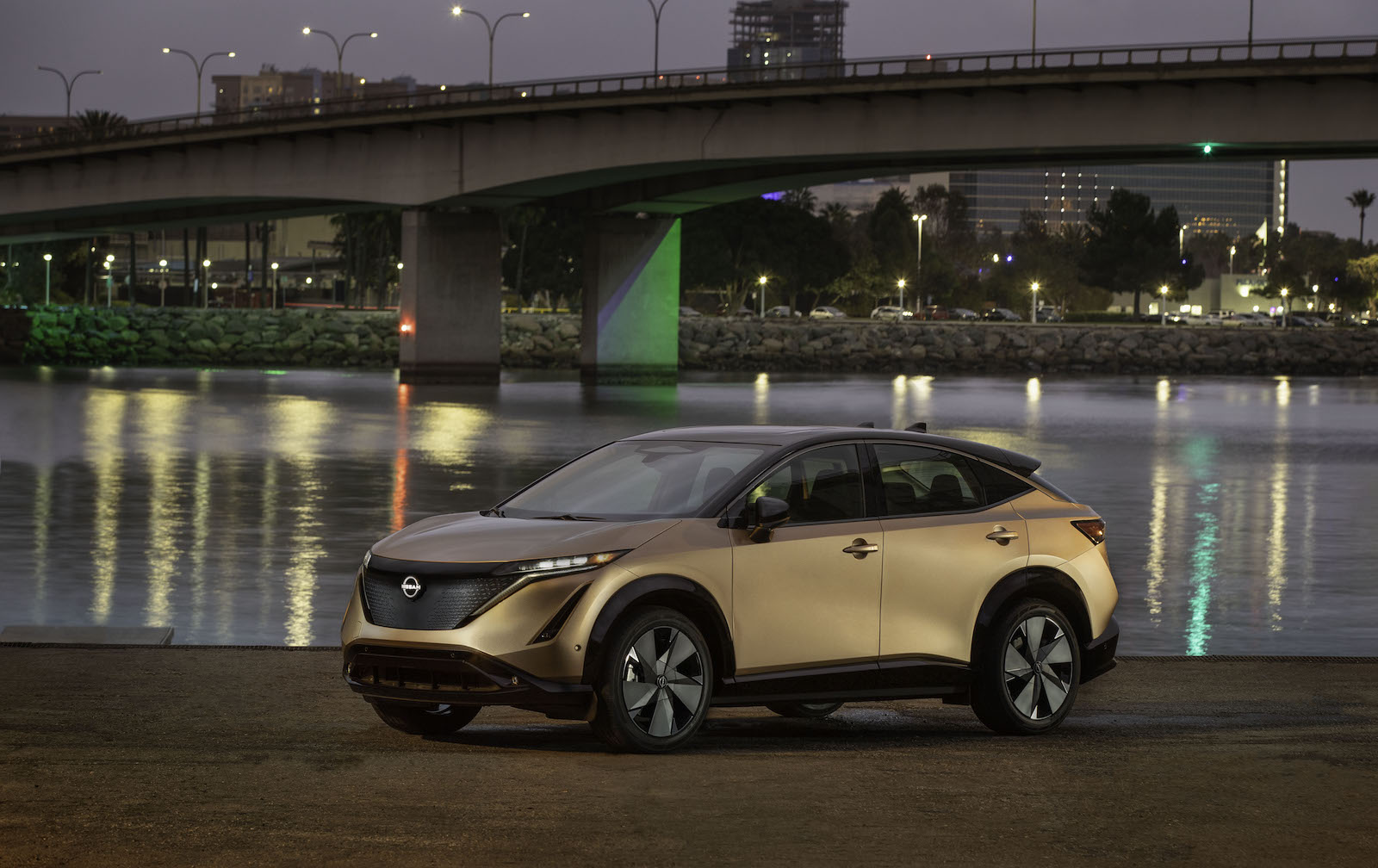 Both front- and rear-wheel-drive models will be offered. Nissan expects them to deliver as much as 300 miles per charge. If confirmed by the EPA, that would put the Ariya among the upper tier of new battery-electric vehicles.

Concept versions of the Ariya (pronounced like the operatic solo) have been shown on a number of occasions, starting with the 2019 Tokyo Motor Show and, a few months later, the Consumer Electronics Show in Las Vegas. The production version revealed in Los Angeles doesn’t stray far from earlier prototypes, but for adopting more practical (smaller) wheels and more conventional mirrors.

It’s a sleek, coupe-like crossover, with the sweeping roofline flowing into an integrated spoiler. The front end is dominated by an oversized version of the familiar Nissan V-Motion grille framed by slit-style LED headlamps.

As with most of today’s BEVs, the grille is actually sealed, with no need for cooling air under the hood, as the drivetrain — motors and batteries — has been moved beneath the load floor.

(This underlying skateboard-like platform will be used for a variety of BEVs to come, not only from Nissan but its two alliance partners, France’s Renault and Japan’s Mitsubishi.) 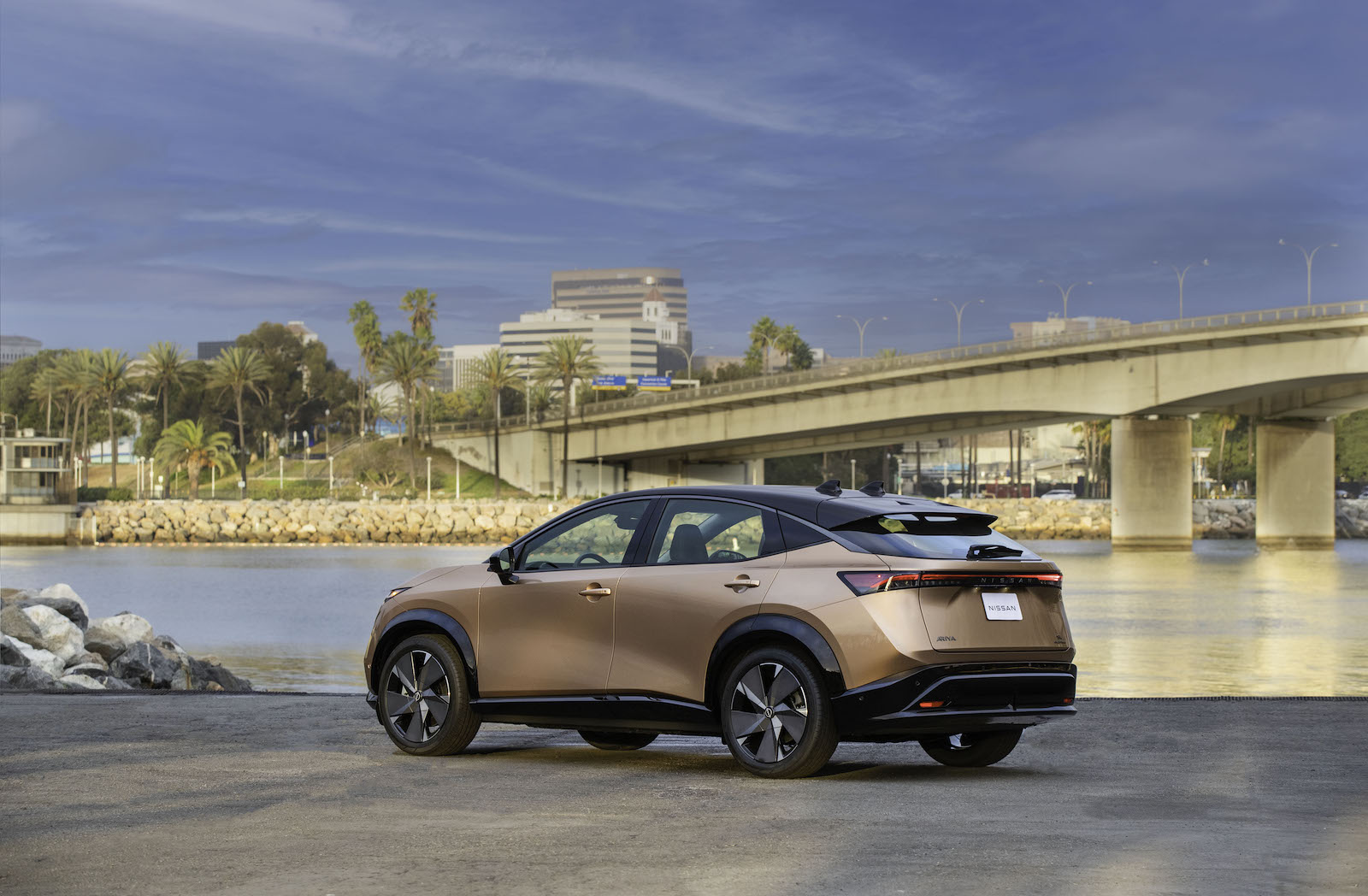 In for a Shock

By moving the wheels to the corner and then packing Ariya’s climate control hardware under the hood, Nissan engineers freed up a significant amount of space for both passengers and cargo. That means a near full-size interior despite Ariya’s compact exterior footprint.

The sense of roominess is enhanced by the minimalist design of the cabin. A large infotainment screen and a digital gauge cluster are interlinked, allowing a driver to move things, such as a navigation map, from one to the other. 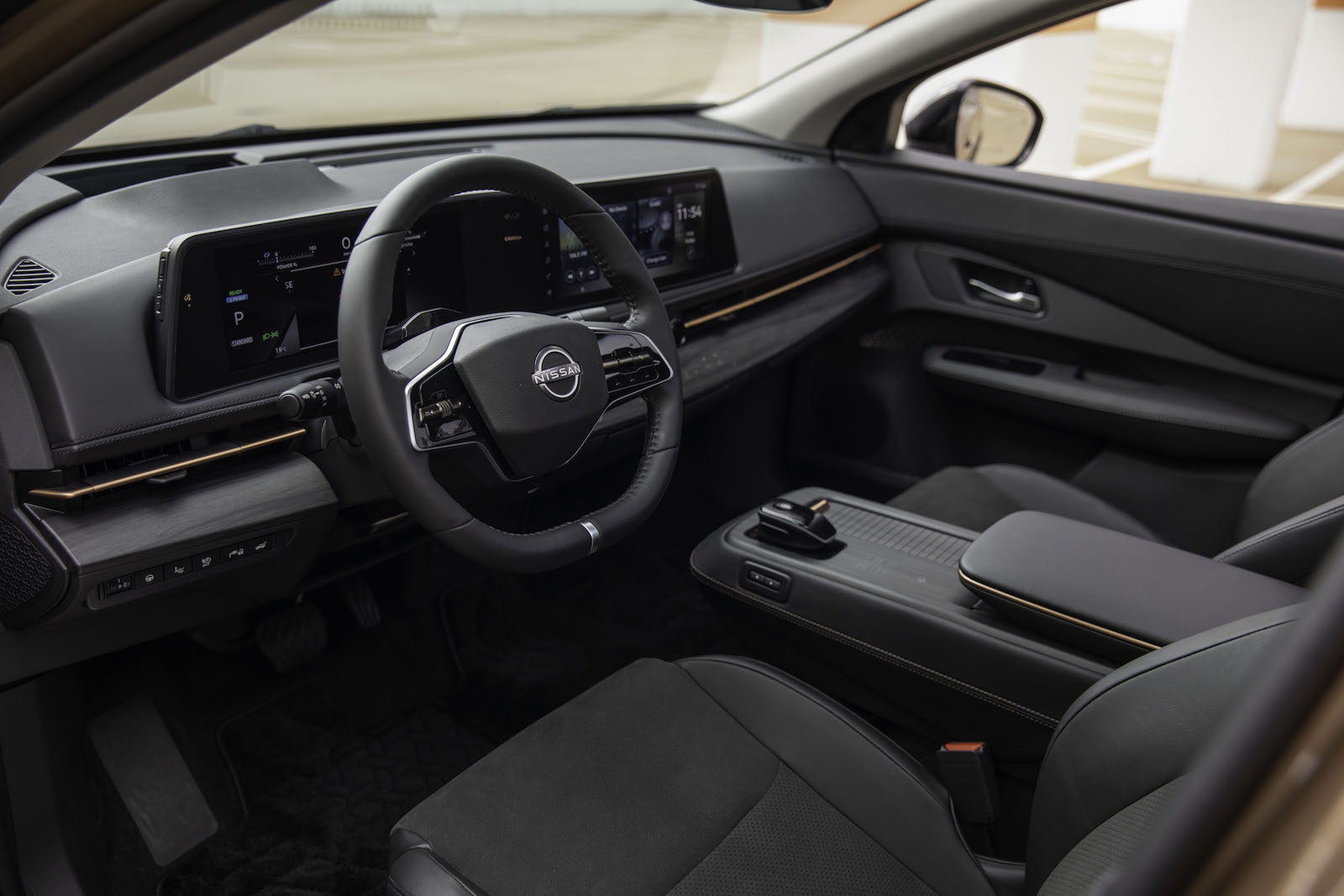 Four different versions of the 2023 Nissan Ariya will be offered at launch:

All four versions of the Ariya will come with $500 in charging credits that customers can use at EVgo public charging stations. 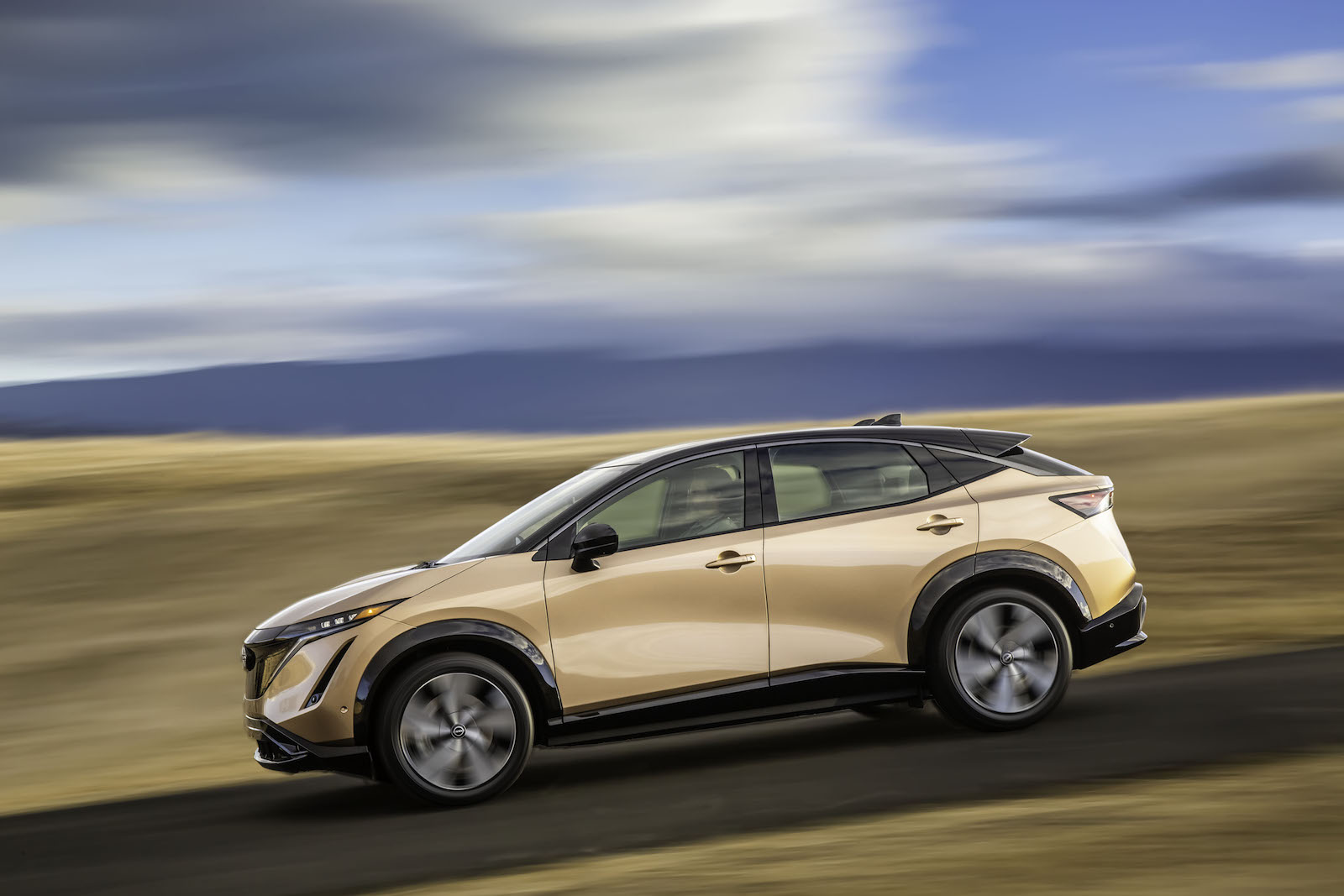 In a statement, Nissan noted that it has a second battery pack for the Ariya. At 66 kWh, it would deliver a significantly shorter range. It’s not expected to be offered in the U.S.

While first deliveries are still months away, Nissan has begun taking reservations. Customers will have to put down a refundable $500 deposit.

The Japanese automaker has promised to introduce several other all-electric models by mid-decade and expects BEVs to generate 40% of its U.S. sales by 2030. Officials say that even more will use hybrid and plug-in hybrid drivetrains.

Up Next: Toyota Plugs in With New bZ4X Battery Electric SUV