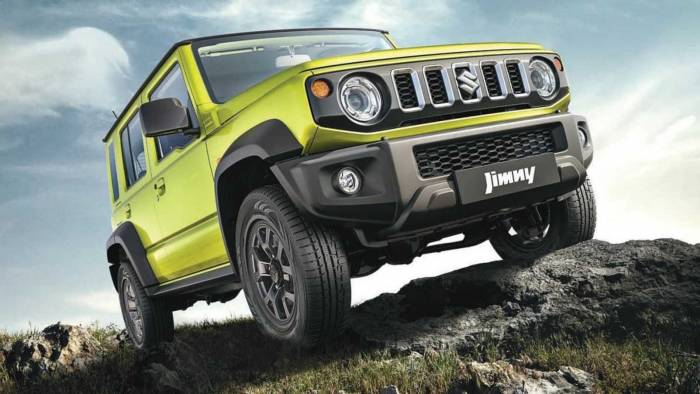 It’s two doors forward and one step back for the 2023 Suzuki Jimny. The cutest little off-roader in the world now has five doors to make getting in and out even easier. But I still can’t buy one since the adorable micro-SUV is not sold in America.

The tiny off-roader has been tearing up the terrain in 199 countries since it launched way back in 1970. Along the way, Suzuki has racked up more than three million sales. But not a single one has been sent to the U.S. since 1995. Remember the Suzuki Samurai? That’s what it was called when it was sold in my market.

Since Suzuki launched the fourth-generation Jimny back in 2018, I’ve wanted it. Suzuki left our market in 2013, so it’s not much of a surprise that it isn’t sold here. But that hasn’t made me want it any less.

Following the 2018 launch of the Jimny, the off-road market in the U.S. has gotten even hotter. The Jeep Wrangler is hovering around 200,000 units every year, and the Ford Bronco just showed up hot on its heels. Both of those are much bigger and much more expensive than the Jimny, so you can understand why this diminutive SUV is so appealing.

Making the 2023 Suzuki Jimny a five-door just makes it even cooler. Just like the Wrangler Unlimited did for that model, turning it into a much more family-friendly ride.

To make the five-door, Suzuki stretched the Jimny once again. A longer wheelbase and longer body bring it up to a whopping 157 inches long. Nine inches shorter than a two-door Wrangler.

The styling is the same: boxy and retro like a cooler, cuter mini G-Wagen. There’s just one more set of doors and an extra window at the very back to let in more light than before.

Jimny still has a ladder frame; it’s just longer. Suzuki calls that ladder frame one of the four essentials of an off-roader. The other three are the excellent approach, departure, and break-over angles, three-link solid rear axles, and the shift-on-the-fly 4×4 system with a low-range transfer case.

Even with the longer body and frame, the Jimny manages a 36-degree approach, 24-degree break-over, and 50-degree departure angle. Plus, its 65-inch width makes it able to fit down trails more suited to ATVs than road-legal cars.

The five-door Jimny gets a bench rear seat, letting it hold three passengers. In theory, I can’t imagine there’s much space in there for more than two.

More Cargo Space Than a Miata

Cargo space grows too, and the Jimny now has a bigger trunk than a Mazda MX-5. That’s 7.3 cubic feet behind the rear seats or a gigantic (compared with that tiny Mazda roadster) 11.7 with the bench folded.

It has more tech than you might expect, with wireless Android Auto and Apple CarPlay. The Jimny even has six airbags, showing that Suzuki isn’t ignoring safety.

What drives this cute ute? A 1.5L gas engine that makes 105 horsepower and 99 pound-feet of torque. No, that’s not much, but there is a five-speed stick. And you can use 4Low to really boost that torque when you need to crawl up steep hills or with big loads.

Coming Soon to Everywhere but Here

Maruti Suzuki is taking orders for the Jimny 5-door now, and it goes on sale in India in May. Not long after, it will arrive in Africa, Australia, and Central and South America.

You’ll probably see these sold as close as Mexico, but not in the U.S. or Canada. This makes me sad because while this is a cute little SUV, it’s also got serious off-road hardware.

The five-door Jimny wouldn’t feel out of place in an off-road comparison test with the Jeep, Bronco, or Land Rover Defender. It would look like a kid’s toy sitting beside them, though. And that’s one of the big reasons why it won’t be sold here. It’s also why I want it because it should be cheap, capable, and easy on gas.

Sorry, I’m just a little bitter because there’s a really sweet off-roader that I won’t be able to take off-road. 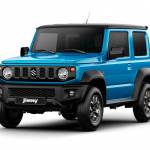 Why Must You Tease Us? The Awesome 2019 Suzuki Jimny We Can’t Have

Suzuki pulled out of the North American market back in 2013. It just announced the 2019 Jimny, and we want it! Sorry, North America — no Suzuki for you! Read more…