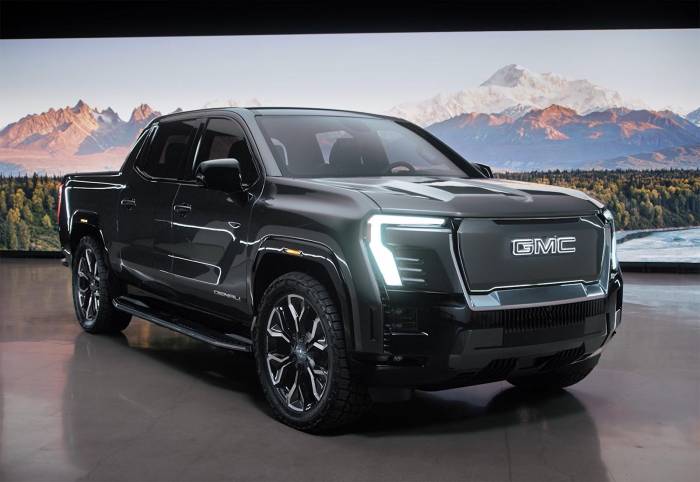 After a slow start, General Motors is rapidly ramping up its all-electric lineup. It just pulled the wraps off its third battery-powered truck.

Set to deliver up to 400 miles per charge, the 2024 GMC Sierra EV will initially debut in high-end form as the ‘Sierra EV Denali Edition 1.’ But a variety of packages, including the off-road-oriented AT4, will follow in 2025 and beyond.

GMC is set to become the first automaker to offer customers a choice of two distinctly different battery-electric pickups. General Motors’ truck brand has begun taking advance orders for the new Sierra EV. Potential buyers will be in for a wait, however, as deliveries won’t start until early 2024. 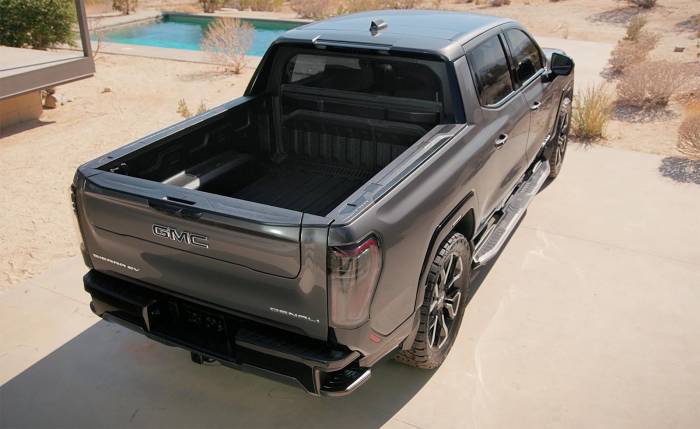 At launch, there’ll be just a single, fully loaded package, the 2024 GMC Sierra EV Denali Edition 1. It starts at a hefty $107,000. It will deliver up to 400 miles range and towing capacity of up to 9,500 pounds, along with the familiar assortment of high-line features found on Denali models.

GMC already offers the Hummer EV pickup, with an SUV version set to follow next year. And, with the addition of the Sierra line, “GMC plans to take a leadership position in the EV truck space,” said Duncan Aldridge, the head of the truck brand.

General Motors, on the whole, is looking to become a dominant player in electric vehicles, with about 30 currently scheduled to roll out by 2025. Starting from the $30,000 Chevrolet Equinox EV all the way up to the $300,000+ Cadillac Celestiq.

For its part, GMC faces the challenge of convincing potential buyers that battery power can yield the same sort of power, performance, and reliability of a conventional gas or diesel-powered truck. And that was something the brand took pains to underscore during a media preview ahead of Thursday’s official public debut.

The Sierra EV is a bit lower and narrower than the Hummer EV and clearly aimed at what Aldridge called “more traditional pickup buyers.” That’s not to say it’s just a Sierra with the internal combustion swapped out for an electric drivetrain. 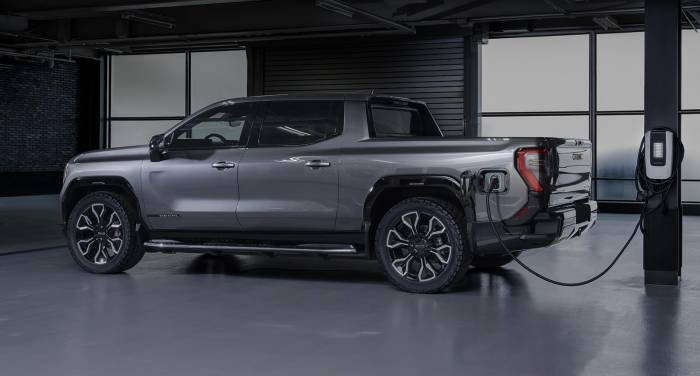 Both trucks use a flexible, skateboard-like platform that integrates the battery pack into the fundamental structure, improving rigidness, noted the program’s engineering chief Nichole Kraatz. She declined to offer specific details on the size of the lithium-ion pack, but it’s believed to be smaller than Hummer’s, reflecting Sierra EV’s lighter mass.

Even so, Edition 1 will deliver up to 400 miles of range and be able to take on as much as 100 miles of charge after plugging into a 350kW public charger for just 10 minutes. Additional charging specs won’t be released until closer to the on-sale date, officials said. 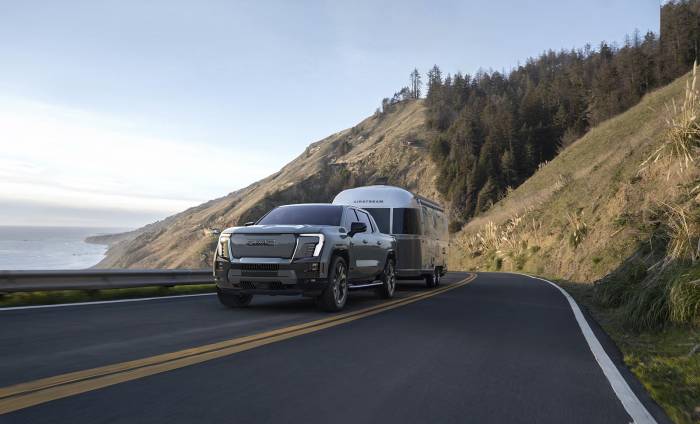 The Denali-based model will pump out as much as 754 horsepower and 785 pound-feet of torque in Max Power mode, according to preliminary estimates. It will be able to launch to 60 in as little as 4.5 seconds. It will have a maximum payload of 1,300 pounds and a towing capacity of 9,500 pounds.

To put those numbers into perspective, the similarly sized Ford F-150 Lightning makes a peak 580 horsepower and 775 pound-feet, though it can hit 60 in just over 4 seconds, depending upon trim. The Ford can carry up to a 2,235-pound payload and haul up to 10,000 pounds with the Max Tow package.

The GMC’s underlying platform also will be shared with the new Chevrolet Silverado EV launching in commercial form early next year — and with a retail version to follow late in 2023. 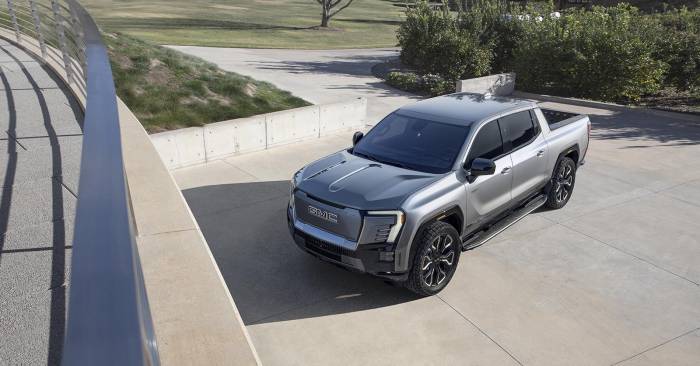 There are some key differences in design. The Chevy adopts a flying buttress shape that’s reminiscent of the old Avalanche pickup. GMC’s Sierra EV is a bit more conventional, at least at first glance. A closer inspection reveals an emphasis on aerodynamic detailing — critical for range, performance, and work capacity. 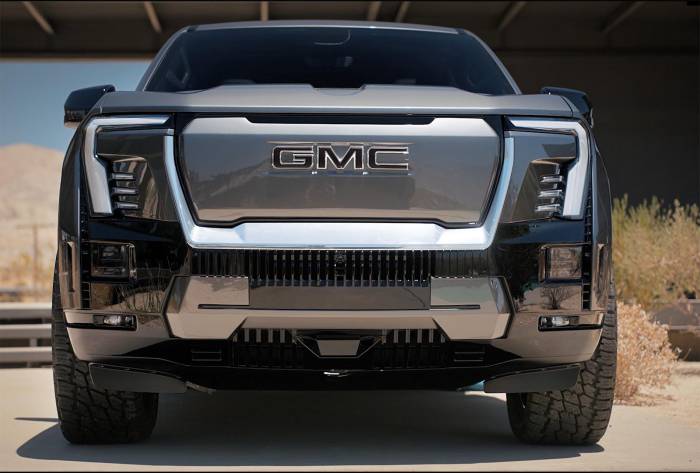 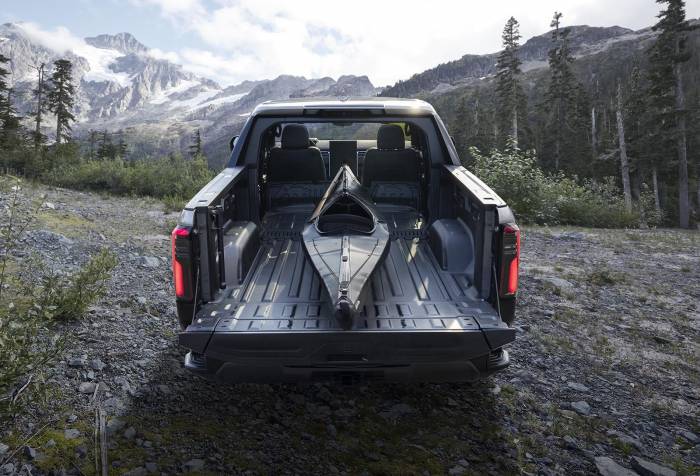 In back, the Sierra EV gets a single 5-foot,11-inch bed. But, like the Silverado EV, it boasts a 60/40 MultiPro Midgate that can be opened up to extend a flat load floor up to 9 feet. And with the tailgate down, that grows to more than 11 feet. 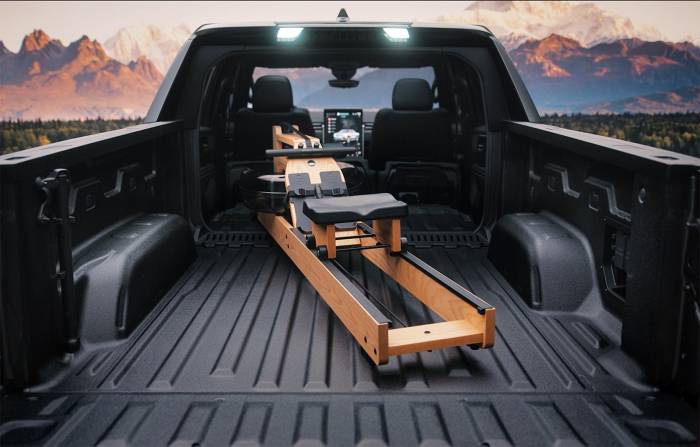 Like other Denali models, the Sierra Edition 1 will feature upscale details including open-pore wood veneer, stainless-steel speaker covers, and quilted and double-stitched seats and interior panels.

There’ll be numerous digital features, as well, including a hidden Qi wireless smartphone charger. Almost all software onboard the Sierra EV Denali Edition 1 will be updateable using the truck’s smartphone-style over-the-air update function. 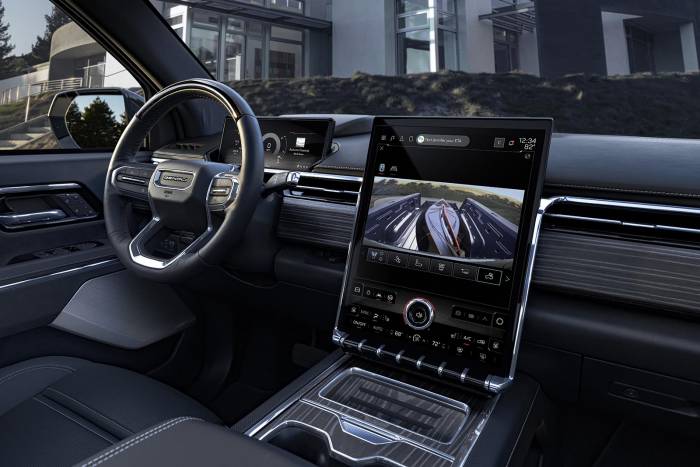 The truck will come with a 14-inch head-up display, an 11-inch digital instrument cluster, and a vertically oriented 16.8-inch touch screen that can be extensively reconfigured by an owner.

The Sierra EV in Denali trim will feature four-wheel steering that can reduce its turning radius to as little as 42 feet. And it will adopt the unusual crabwalk function found on the Hummer, allowing it to move diagonally. That should enhance its ability to move in and out of tight parking spots, as well as maneuvering at a work or off-road site. 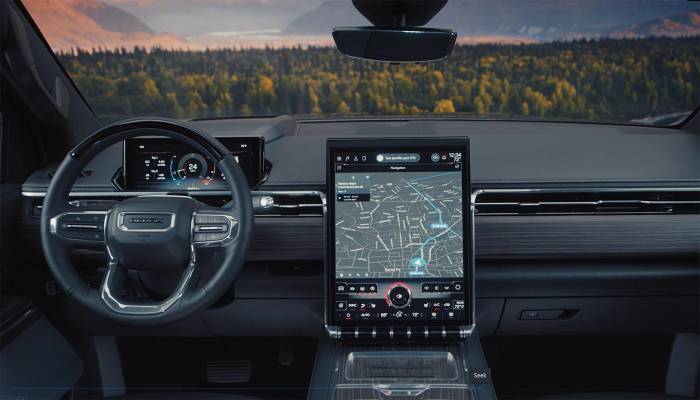 The pickup will also feature General Motors’ Super Cruise system that will, by launch, expand to 400,000 miles the roadways in the U.S. and Canada where it can operate hands-free.

Sierra will offer variable brake regeneration, allowing a motorist to vary the amount of energy recaptured during braking and coasting. In its most aggressive “One-Pedal Mode,” it will allow a driver to simply modulate the throttle, rather than flipping back and forth between brake and accelerator, in most driving situations. 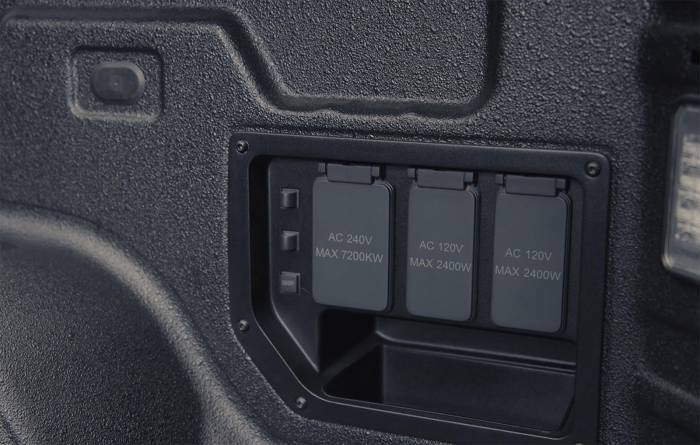 The electric truck also will offer vehicle-to-load capabilities, with up to 10 individual 120V and 240V electrical outlets. These can provide up to 10.2 kW of off-board power at a work or campsite, for example, or even to power a home or office in the event of a blackout.

While some industry watchers question whether pickup buyers are ready to go EV, GMC officials put on a confident face during the debut of the Sierra EV. And, they have some clear justification. The automaker has more than 100,000 advance orders for the Hummer EV and has had to cut off new registrations.

“This is going to have more appeal,” brand boss Aldridge said of the Sierra EV during a question-and-answer session, forecasting that Sierra will “attract a different … more traditional pickup buyer.” 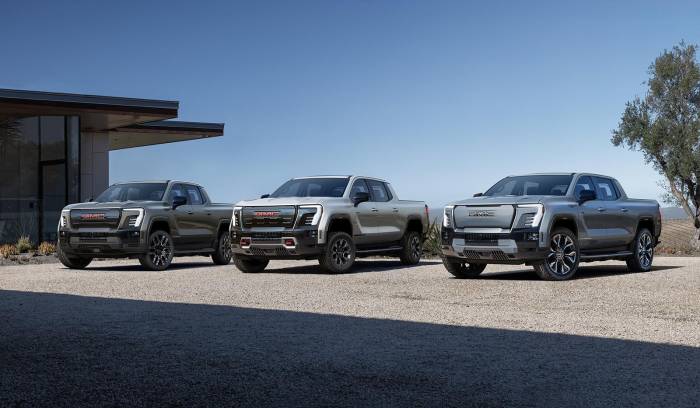 The Edition 1 model will be offered in limited volume, reflected by its starting price of $107,000. The real test will likely come with the debut of the AT4 and Elevation packages in 2025, with still more variants expected to follow. The AT4 will offer some distinctive off-road features, including blue front tow hooks.

GMC isn’t the only automaker betting that there’s a market for all-electric pickups. Ford has so far lined up an estimated 250,000 orders for the Lightning, with CEO Jim Farley recently confirming a second EV pickup is in development.

RAM is readying an EV version of its 1500 model for 2024. Toyota and Kia have announced plans to introduce electric pickups, and Rivian and Lordstown are two startups getting in on the action. 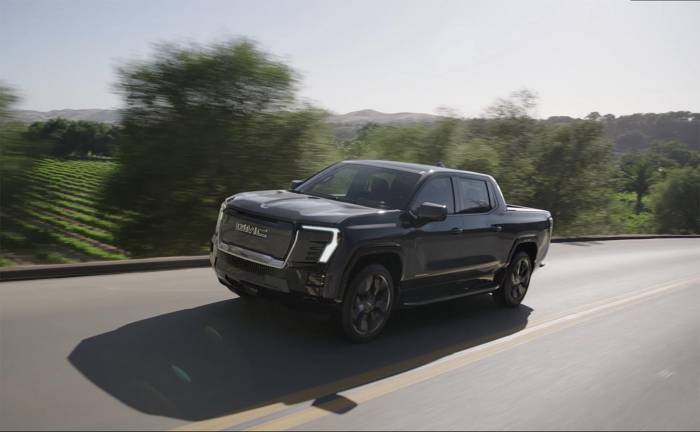 Some observers believe Tesla could have as many as 1 million orders for its long-awaited Cybertruck — though it has repeatedly delayed that product, now promising it will arrive sometime next year. 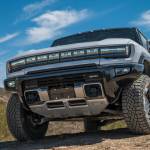 GMC Hummer EV Review: Does This 'Supertruck' Live Up to All the Hype?

Our Motors editor and overland guru Bryon Dorr spent 2 days in Phoenix, Ariz., driving the GMC Hummer EV on and off road. This electric 'supertruck' truly impressed in some ways — and flopped in a few as well. Read more…