It’s 3 degrees below zero with 6 inches of fresh powder on top of more than a foot of snow. Winter came in with a bang here in Southwestern Idaho this year. The outlook for the next few months is a continuation of the same with small warming breaks between storms.

That can make driving conditions a challenge in any region of the country. This is doubly true on the secondary highways and country backroad roads, like those that wind through this teeming agricultural region in the Snake River Basin steppes.

But this year I was ready, switching out the all-terrains on my 2014 Chevy Silverado LT 4×4 Crew Cab for a set of the recently released Cooper Snow Claw LTs. When nearly every winter day is a “snow day,” dedicated snow tires are a must. And these new treads help take a lot of worry out of winter driving.

What Is a Snow Claw?

The Cooper Discoverer Snow Claw is a winter tire specifically designed for SUVs and light trucks. With engineered features that are key in delivering winter grip, this tire performs for daily commuters, cross-country travel, or plowing through the latest snowstorm.

The tire is Severe Weather Rated and Three-Peak Mountain Snowflake Certified. This designation means the tires have passed an industry-standard certification that tests their ability to accelerate on medium-pack snow. And it exceeds the performance of “Mud and Snow” rated tires.

I’ve put nearly 1,000 miles on these new winter tires since late fall, and they’ve performed extremely well. The deep tread blocks did a good job holding snow instead of rejecting it.

According to tire designers, snow-on-snow provides the best traction. The soft rubber compound remained flexible to provide grip on plowed surfaces. It also allowed the little slits, called “sipes,” in each tread block to expand when snow was forced into them.

When the weather warms above freezing and snow turns to liquid, the open channels between the tread blocks dispersed the water and slush away from the tread face. This reduced the chances of hydroplaning by keeping the tread on the road surface.

Dry pavement cornering and stopping were also noticeably better than the all-terrains they replaced. But that’s to be expected on any ice/snow tire because of the softer tread compound.

In short: One can’t compare them to all-season or all-terrain tires, because that’s like comparing a Corolla to a Corvette. The overall driving performance of a purpose-built winter tire is in a class by itself.

Jenny Paige, Cooper Tire’s project manager, played a big part in the design of the Snow Claw. I asked her what makes the studdable Snow Claws different from the Cooper dedicated snow/ice tires made for cars.

“What you are experiencing is the fruits of our tire team developing a pickup tire for harsh winter driving conditions,” she said. “The Discoverer Snow Claw tire features our patented Snow Groove Technology that is engineered to trap snow in the grooves of the tire, and give your truck or SUV the snow-on-snow contact to claw your way through winter.”

I’ve spent many, many hours with tire design engineers on snow tire test tracks doing comparative tire testing using electronic data gathering and the different tires rolling under the same pickup or vehicle. Testing of this type reveals a lot about tires and the nuances between them.

But, in the real world, you go by what your seat of the pants reveals. What I’ve seen and felt during the past couple of months of severe cold and greater-than-average snowfall is the Snow Claw’s sawtooth biting edges in the tread design really helps grab and hold fresh powder.

The Coopers were quick to respond to minor steering inputs when the front wheels of a 4×4 started pushing instead of rolling and turning. This often happens when cornering on plowed roads that have a new layer of snow on top of an icy subsurface. Those handling traits were a testament to both the soft tread compound and the multitude of siping within the tread blocks.

The Snow Claws’ ability to enhance traction on more heavily traveled and maintained roads and highways impressed me. Ice and slush are more common than fresh snow in these areas.

Where the typical tire would be slipping and sliding on such road surfaces, the Coopers kept the pickup planted. They siphon surface water outward and away from the tread blocks, which is again a testament to the quality of the tire’s overall tread design.

During testing, the Cooper Snow Claws provided a very stable and predictable driving platform in harsh winter conditions. They instill driver confidence and add a margin of driving safety on snow and ice. They are on the higher-priced side, however, with a $200-250 price range for the typical pickup LT winter tire.

The brand designed the Discoverer Snow Claw specifically to handle extreme weather conditions. It holds the Three-Peak Mountain Snowflake (3PMSF) designation. Also, its patented Snow Groove technology traps snow in the grooves of the tire. This is what provides this tire’s acceleration, steering, and braking ability I’ve been experiencing the past couple of months.

I’ve walked around many pickups and SUVs here in Southern Idaho parking lots looking at the tires. You’ll notice dedicated snow tires because they are the ones that have snow packed in the tread faces. The Snow Claws appear to hold more snow than some of the competitors’ winter tires I’ve tested over the years. 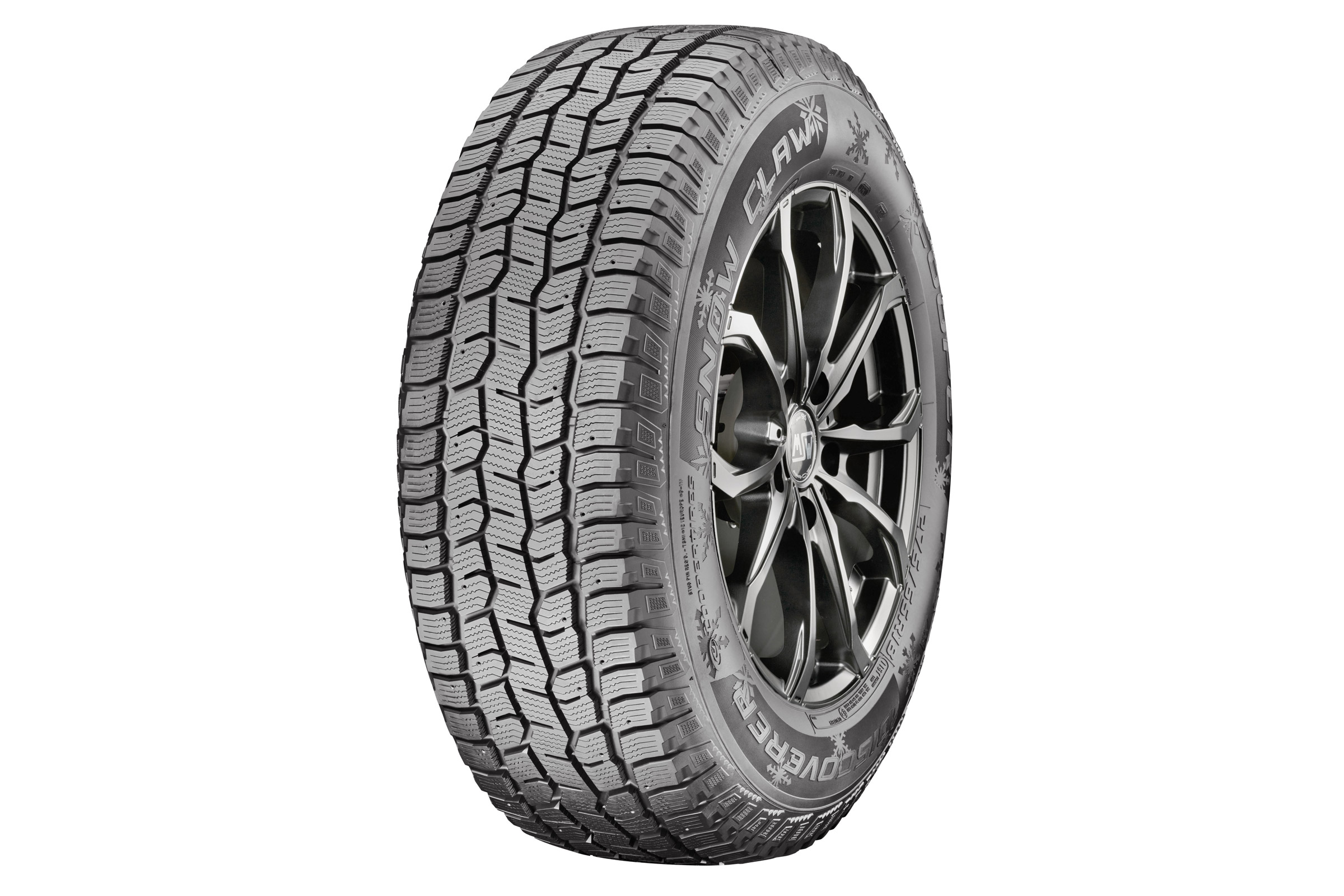 The tire also stays supple even in extreme cold because you can see the tread face mold to the road surface. I was able to easily dig a fingernail into the tiny sipes and move them when the air temp was below zero. This kind of suppleness in extreme cold is critical to the tread design opening up and holding snow.

Another nice feature is the ability to order the Snow Claws from the dealer studded. The metal spikes dig into ice and hard-packed snow like the tips of ice picks.

For drivers looking for winter tires, the new Cooper Discoverer Snow Claw tire is made to perform in deep cold, on both snow and ice.

The Snow Claw has already won the SEMA 2021 Runner-Up in Tire & Related Products Awards Segment. It also won the 2021 Good Design Award, one of the world’s most prestigious and longest-standing design awards that recognizes the most innovative and cutting-edge industrial, product, and graphic designs.

Up Next: How to Get Into Adventure Riding Without Breaking the Bank

Saving…
How to Get Into Adventure Riding Without Breaking the Bank
Winter Car Kit: Carry This Gear for Cold-Weather Driving
×