Sand Ship Discovery was an epic around-the-world drive in the early 1980s. But after a political upheaval forced the drivers to skip 1 mile of the trip, the original duo returned this year to complete the ‘final mile.’ 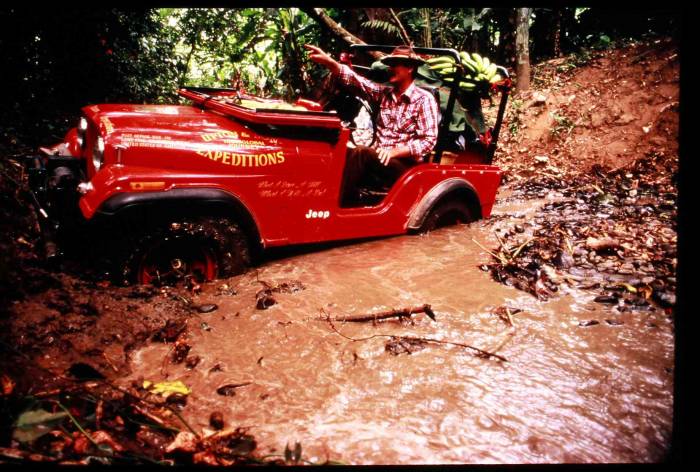 It took more than 56,000 miles and five years to drive an American-made vehicle around the world on a north-south course (minus Antarctica). This feat involved the first land crossing of the Darién Gap by motor vehicle, which stretched 125 miles. This section alone took the team 741 days to traverse.

After that, there was still 1 mile of the land route remaining. And it took nearly 30 years to finish that final mile. The husband-wife team of Loren and Patricia Upton completed it on May 3, 2018.

All images courtesy of Outback of Beyond Adventures.

The Uptons accomplished this amazing feat in a 1966 CJ-5 Kaiser Corporation Jeep. They christened it the Sand Ship Discovery. 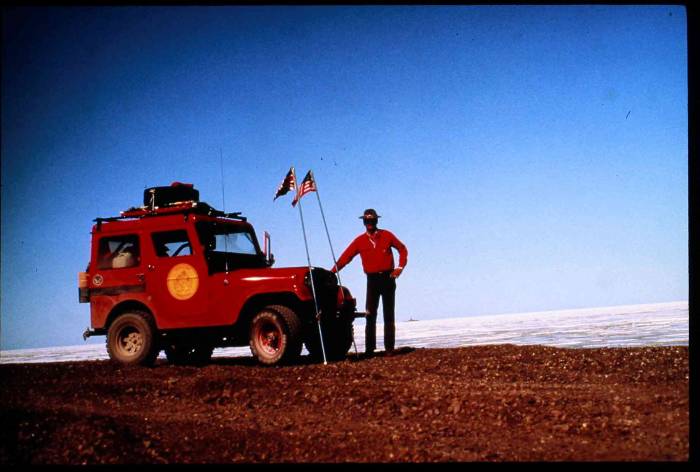 Loren turned 83 this year, and his health is fading. Patricia, along with Loren’s family and friends, knew it was now or never to go back and complete the original goal.

Loren’s goal was to drive one American-made vehicle around the world on a north-south, all-land course. The trip started at the Arctic Ocean in Prudhoe Bay, Alaska, on June 15, 1984. It then traveled the entire length of the Americas. 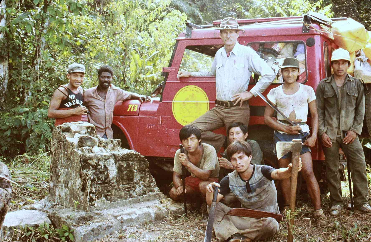 The only exception to the all-land route is the South Atlantic Ocean crossing. It skipped from South America to Africa, bypassing Antarctica.

After shipping the Jeep to Cape Town, South Africa, they drove even farther south. They reached Cape Agulhas, the southernmost road in Africa, in September 1987. Then, they turned northward.

About two years later, the Sand Ship Discovery reached the northernmost road of Sletness Lighthouse near Gamvik, Norway, On July 4, 1989. 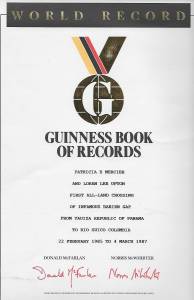 The five-year, 56,000-mile journey as a whole proved a massive undertaking. But the standout accomplishment of the trip was the first motorized vehicle all-land crossing of the infamous Darién Gap. This swampy jungle between Panama and Colombia was an epic challenge.

Driving and winching the Sand Ship Discovery through the Darién Gap’s 125 miles of roadless terrain took an astounding 741 days. In 1992, the Guinness Book of World Records recognized Loren and Patricia’s monumental accomplishment.

In October of 1988, the Uptons couldn’t find a way to navigate political tensions in the Middle East. The two possible routes by land were through the Israeli-occupied West Bank into Jordan or through Lebanon. Due to political unrest, neither option was possible.

That forced the Sand Ship Discovery to return to Egypt and take a ferry up to Jordan. This resulted in the only break in the all-land route.

Prepping for the Final Mile

Fast forward nearly 30 years. Even though the border between Israel and Jordan is open, the Sand Ship Discovery wasn’t ready to drive. It had been sitting, motionless, for those three decades at the Uptons’ home in Salmon, Idaho.

That 1 mile remained to be driven. 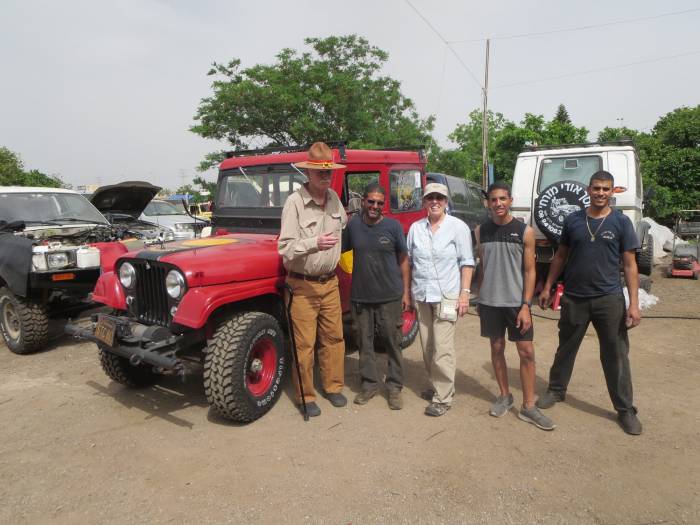 It took the support and help of family, friends, coworkers, sponsors, and a GoFundMe account to make the last mile of this journey come to fruition.

The Jeep had to be resurrected, shipped to Israel, and travel the final mile of pavement. The Uptons’ travel expenses were not inconsequential but were covered by various donors.

It might sound easy to fix up an old Jeep, ship it overseas, and drive it a short distance on pavement. But the final mile was anything but easy. Like much of the rest of the epic quest, it was full of complications and hardships.

Due to Loren’s health issues, Patricia drove the Jeep, something she didn’t do during the original trip.

The sea voyage took its toll on the old Jeep, which had trouble getting through customs in Israel. Once it finally cleared, mechanical and electrical issues sprung up. It wouldn’t run, and it took a lot of Jeep enthusiasts in Israel to get the car out of port, fixed, and back on the road again.

A flatbed tow truck carried the Jeep, along with Loren and Patricia, the 400 miles to and from the final mile of untraveled pavement. This was the least stressful option for Loren and Patricia to accomplish their goal. The Sand Ship Discovery did, however, cover that final mile under its own power.

On May 3, 2018, at 2:20 p.m. Jordanian time, Loren and Patricia Upton completed the final mile in the Sand Ship Discovery. Their all-land route around the world in a single American vehicle was finally complete. They hope it will once again put them in the Guinness Book of World Records.

If you want to know more about this amazing couple, their cool old Jeep, and the around-the-world journey they completed, check out their website and Facebook page. Below is a complete timeline of the world record.

Up Next: Karlmann King: Meet the World’s Most Expensive SUV