Ford wants its 2WD Ranger models to be a bit more rowdy and stylish. The new FX2 package provides an electronic locking rear differential, AT tires, upgraded shocks, a front skid plate, and more — all for under $600.

Is it really possible to have an off-road-capable truck with only 2WD? Ford aims to answer that with the new Ranger FX2. Of course, “off-road” means a lot of things to a lot of people. And while many buyers won’t take their Rangers off pavement at all, they still want rugged looks and knowledge that the capabilities are there. 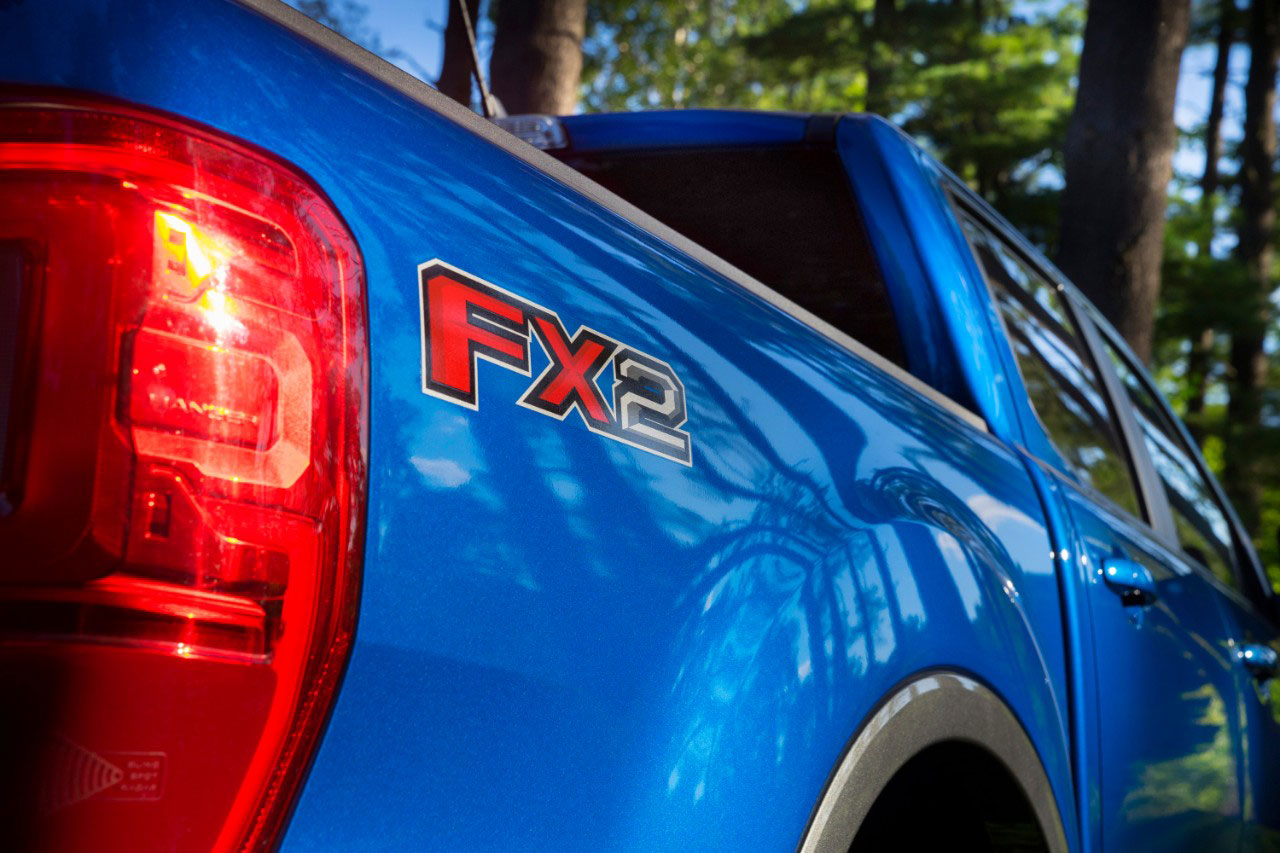 But Ranger owners who do take their trucks off road most likely traverse forest service roads, farm two-tracks, and short, rocky scrambles to remote trailheads. A 2WD truck is perfectly suited to these basic off-road excursions. Although a 2WD truck falls short of a 4WD’s capability in serious weather and terrain, it offers better fuel economy, a lower price, and more payload.

Besides the big “FX2” stickers along the sides of the bed, it will be difficult to differentiate this truck from a 4WD model. Its 17-inch wheels wrapped in AT tires are the first step in off-road capability and looks. Next are the front skid plate and air dam-delete. These give the Ranger a distinct look while also improving the approach angle to better tackle obstacles.

Behind its rugged facade, the Ranger FX2 remains a basic 2WD driveline — with two notable upgrades. First, the FX2 package serves up an electronic locking rear differential. Off-roaders know this as the “easy button,” as a driver-selectable diff lock can get you out of a lot of low-traction scenarios. 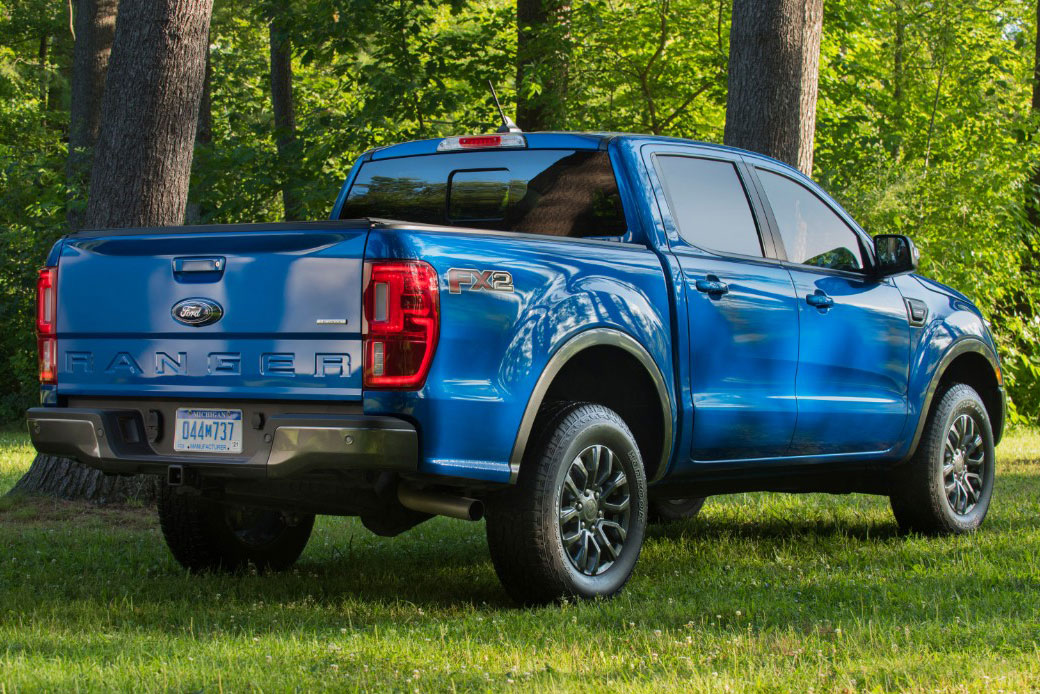 Inside the truck, the only notable change is the addition of Ford’s off-road cluster screen. This screen sits within the gauge cluster and displays pitch, roll, and yaw in real time. That’s fun telemetry data, but hopefully nothing you’ll actually need while driving a 2WD truck.

The Ranger FX2 package will cost $595. You can order it now, but deliveries won’t start until late this year.

Ford says that one in three Ranger customers goes with the FX4 package, currently the most off-road-focused Ranger on the market. The FX2 package gives buyers a much less expensive alternative while still providing the good looks and some of the off-road capabilities. Good all-terrain tires, a better approach angle, and a rear locker will go a long way in making the FX2 a very usable truck for a lot of people.

While the Ranger FX2 won’t be great for snowy winter roads, it will be perfect for casual weekend getaways on forest service roads, desert two-track, or for launching a powerboat on a steep, wet launch ramp. While we might choose the 4WD Ranger FX4 for its all-season capabilities, the FX2 will satisfy many midsize truck-buyers’ needs at a great value.

Up Next: I Glamped in a NASCAR Infield Thanks to M&M’s