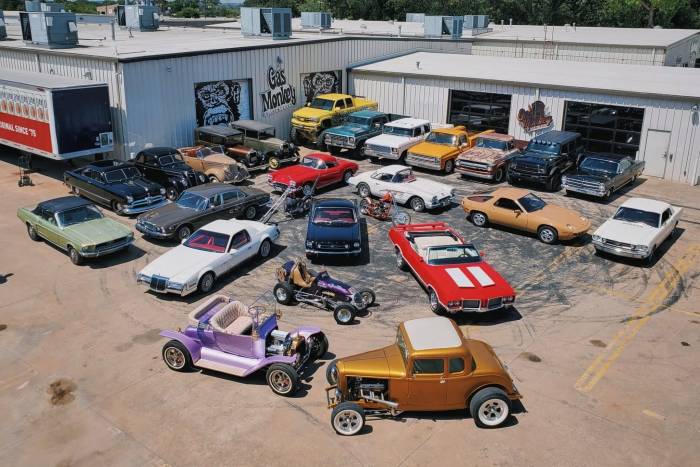 The Gas Monkey Garage collection is going up for auction. Richard Rawlings wants to go big-budget on his personal collection, so he’s selling nearly 30 vehicles on Bring a Trailer to help fund it.

Richard Rawlings, the driving force behind Gas Monkey Garage, does everything big — including selling cars. The Cannonballer, car-builder, and outrageous personality will be selling off more than two dozen rides from his collection through Bring a Trailer.

The auction starts Sept. 7 and runs for just 7 days.

Rawlings says he’s selling the collection not to get out of the hobby, but to move into the big leagues of car collecting. “I want to reinvest in hotrods with super-big pedigrees. I want Mercedes, Ferraris, Lamborghinis, and more,” he said. To raise the cash to accomplish that, he’s having a garage sale auction.

The range of cars and trucks being sold is massive, from a famous Model T Roadster called King T to a 2022 Ford Bronco Badlands four-door. There’s even an experience at the Gas Monkey Garage up for auction.

These are some of the coolest vehicles up for auction that have been revealed so far.

A Model T roadster built by hot-rod legends Don Tognotti and Gene Winfield, it won Most Beautiful Roadster at the Oakland Roadster show way back in 1964. The car was restored in 2007, with Winfield repainting it in the original lavender. The roadster will be sold with period photos and a load of collectibles.

This is a K-code car, short for the performance package offered that included a special high-performance 289-cubic-inch V8 but did not offer things like air conditioning and power steering.

The package included beefed-up suspension and driveline parts, and only around 13,000 were made over 4 years. This one, though, is far from stock, with electronic fuel injection, a Tremec five-speed, and lots of other changes.

Built in the early ’90s for the founder of Easyriders Magazine, this bright-orange bike was featured in the magazine as well as in season 16 of Rawlings’ show “Fast N’ Loud.”

This classic work truck is — make that was — the Gas Monkey Garage shop truck. The Squarebody has a utility bed, 20-inch steel wheels, and a complete custom interior with air conditioning.

Zimmer isn’t a name most car people would recognize, but the company built some very crazy cars. The Quicksilver looks straight out of “RoboCop” but is actually a Pontiac Fiero underneath.

The chassis was stretched and a new body was fitted, but it’s still a mid-engine car. This one has just 500 miles on the clock.

The Gas Monkey experience up for auction is a chance to bring three friends along to Rawlings’s shop in Texas. The winner will get lunch with Rawlings “and lots of fun” — plus complimentary Miller Lite.

The proceeds from this one go to the Gas Monkey Foundation, a nonprofit that has worked with organizations including No Child Left Behind, American Warrior Garage, and Make-A-Wish Foundation.

The whole auction is a bit of a shake-up for Bring a Trailer. It’s the first time that the auction site has sold a single collection like this. There will be a livestream of the event at GasMonkeyGarage.com, and the sales will start to close on Sept. 14 at 10 a.m. Pacific Time.

When the auctions go live, each vehicle will get a YouTube video explaining the history of the car and helping to show it off to potential buyers. Summary videos showing the collection as a whole are live now, and you’ve already scrolled by the first one in this story.

The sales will end one after the other in rapid-fire succession. Rawlings likens making top bids in these auctions to winning a prize fight.

Check out the full list of vehicles below, all sold with no reserve. 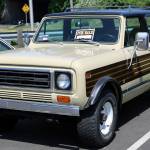 It’s a crazy time to be shopping for a new or used car. With these online car auctions, you can improve your chances of finding exactly what you want. Read more…