Very little info is out there yet, but what we do know is that Lexus just showed up with a beautiful concept vehicle at the annual FJ Summit off-road event in Ouray, Colorado.

The concept, called the GXOR, is based on the Lexus GX 460. It’s an homage to the Lexus GX owners group by the same name.

Could this Lexus concept signal a new direction for the brand?

The FJ Summit is a gathering for Toyota off-road enthusiasts, which started with the love for the FJ Cruiser. Since you can’t buy a new FJ Cruiser anymore, the event attracts a wide range of Toyota vehicles. 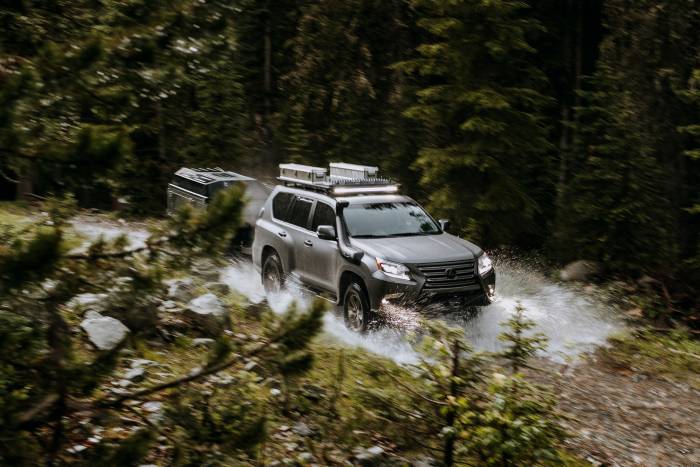 Toyota has been known to come to the event with new vehicles. I was there in 2016 when they showed off the reworked Tacoma. It was the truck’s first public outing in full production guise.

GXOR is a Lexus GX 470 and GX 460 off-road enthusiasts group. It has a loyal and ever-growing audience and has a presence across a number of top forums. The group is most active on the GXOR- GX Offroad Facebook page.

There is a metric ton of searchable information on the GXOR Facebook group that can help any Lexus GX owner sort out issues, work out the best upgrades, and find like-minded people to adventure with. There is an active classifieds section as well, which is actually where I found and purchased my 2013 GX 460 a few months ago (more on that “adventuremobile” build soon).

This is the first time that Lexus as a company has shown up to the FJ Summit in any official capacity. There has been an ever-growing Lexus GX contingent of off-road enthusiasts showing up to the event the past few years, however, and Lexus has apparently taken notice. 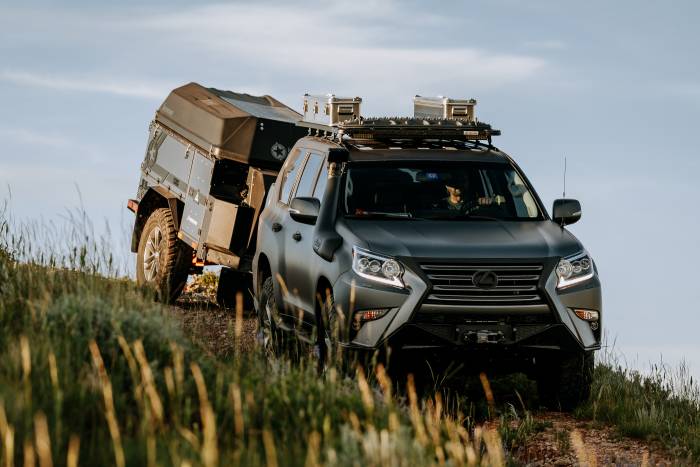 This year the brand showed up with the not-yet-released 2020 GX 460 and the GXOR Concept build, based on a 2019 GX 460. The 2020 truck has a new grill, new headlights, and some other minor tweaks. The real head-turner for the crowds assembled in Ouray, though, is the GXOR Concept.

The GXOR Concept is a fully functional and extremely tastefully built off-road vehicle. Builders did not sacrifice luxury in terms of comfort or looks on this one-of-a-kind Lexus GX 460. The parts and upgrades for this build add extreme off-road and overland capabilities. The chassis of the GX 460 is very similar to the current Toyota 4Runner, and it’s the same as the Land Cruiser Prado 150 sold around the globe.

The exterior is wrapped in a matte metallic gray and has ghosted-in GXOR graphics on the rear fenders and a GXOR badge on the rear tailgate. The ‘OR’ in that badge is done in Lexus F-Sport Blue, which is a super nice contrast to the gray wrap. 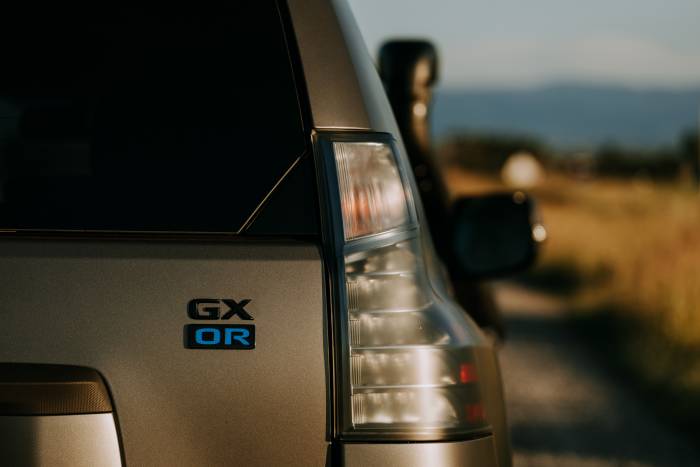 Nearly every added aftermarket part has Lexus or GXOR logos, but it’s tastefully done throughout. The CBI rock sliders have Lexus cutouts, the Icon suspension remote reservoirs have unique GXOR logos and even the custom Goose Gear interior storage setup in the trunk is branded Lexus. 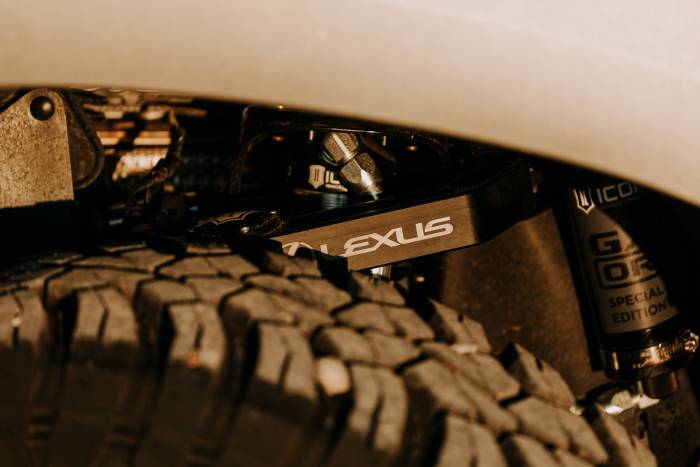 While there are a ton of off-road goodies on this impressive machine, there are a few that stand out. The first being the custom CBI stealth front winch bumper. The big Lexus GX 460 grille is hard to work with for off-road bumper companies, but CBI has pulled off a clean and functional design.

The second thing that caught my eye is the high-end Icon Vehicle Dynamics race suspension. It will give this truck the comfortable, smooth ride you’d expect from a Lexus — over any terrain. The sporty and clean Lexus F-Sport wheels wrapped in aggressive 33-inch General X3 tires really sell the off-road luxury prowess of this vehicle.

It is obvious that this concept was built by the good folks at XOverland. The build features parts from all the same companies that XOverland works with, and the video and still photographs are all from Montana, where the brand is based. XOverland has also worked closely with Toyota for many of their big adventures.

The Future of Lexus Off-Road Vehicles

While we will get an off-road edition Lexus GX460 in 2020, it will look nothing like the impressive GXOR Concept shown here. Luckily, most of the off-road accessories shown on the concept are available now or will be soon.

The 2020 GX Off-Road Package will be available on Luxury grade GX 460 and gets you Multi-Terrain Select, Crawl Control, a transmission cooler, fuel tank protector, and Multi-Terrain Monitor and Panoramic View Monitors. These features carry over from the TRD line of Toyota off-road vehicles. 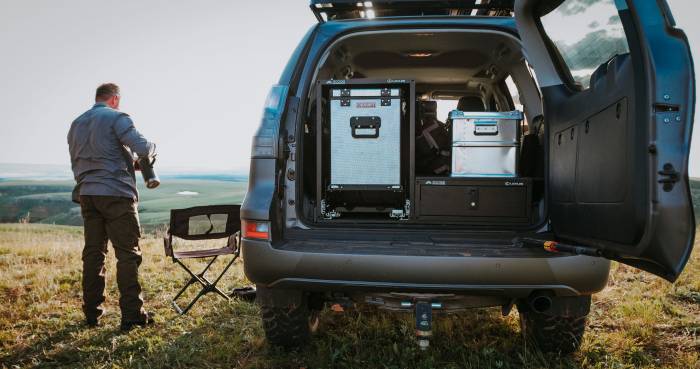 I, for one, can’t afford to chance beating up a vehicle on the trail worth that much money. Luckily, you can buy very clean and well-taken care of used GX 460s for extremely reasonable prices. I picked up my fully built 2013 for only $25,000. The aftermarket is also finally catching up with the demand for quality off-road accessories for these luxury off-road machines.

See you on the road less traveled. I’ll be enjoying it behind my wood-clad, leather-wrapped steering wheel, sitting on my heated and cooled seats.