For the second year in a row, Nissan aims to make a splash at the annual Overland Expo in Flagstaff, Arizona. Last year it touted the Titan Basecamp. This year it shoots for the stars with the Nissan Armada Mountain Patrol.

The Mountain Patrol is a top-of-the-line, $65,000 Nissan Armada adorned with more than $14,000 worth of aftermarket goodies. These aftermarket parts make it more capable and more comfortable. They also give the vehicle an aggressive unique “overland” look.

Nissan unveiled the Mountain Patrol on the slick red rocks in Sedona, Arizona, on the Broken Arrow off-road trail. It came bouncing down a steep, rocky trail and scaled a rock outcropping in front of a crowd of journalists.

It brought with it a unique, bold presence that captivated the crowd.

Overlanding is all about self-reliant vehicle-based adventure travel. The journey is the goal. Nissan is hopping on the overland bandwagon and trying to appeal to this diverse, fast-growing audience. 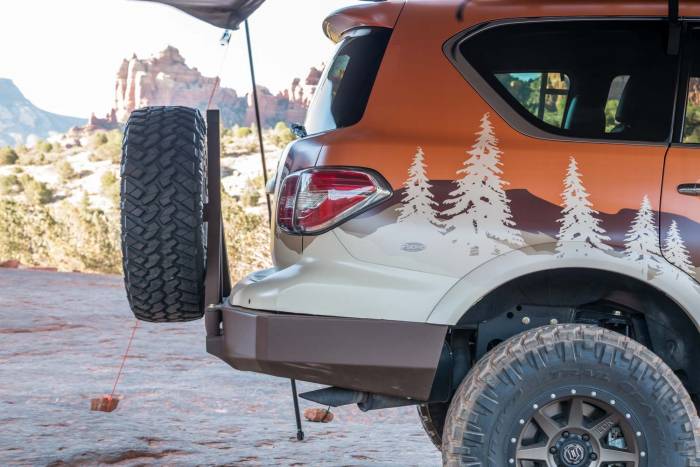 The Nissan Armada isn’t seen as an overland vehicle platform in the U.S. But the brand hopes to change that with this Mountain Patrol build. 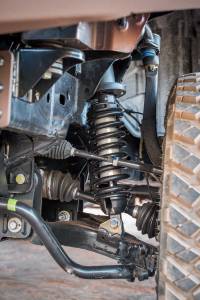 Taking a step back, it’s worth noting that the U.S. market Armada is modeled after the Nissan Patrol, a global offering not found in the States.

The Nissan Patrol, upon which the U.S. market Armada is modeled, is a legendary off-road and overland vehicle. It’s been making tracks around the globe since 1951. This build riffs on the Patrol, bringing some of the rugged attributes to this U.S. Armada model.

The Mountain Patrol Nissan Armada debuts at this year’s gathering of the overland Tribe, Overland Expo West. The vehicle sports a full host of overland and off-road accessories. 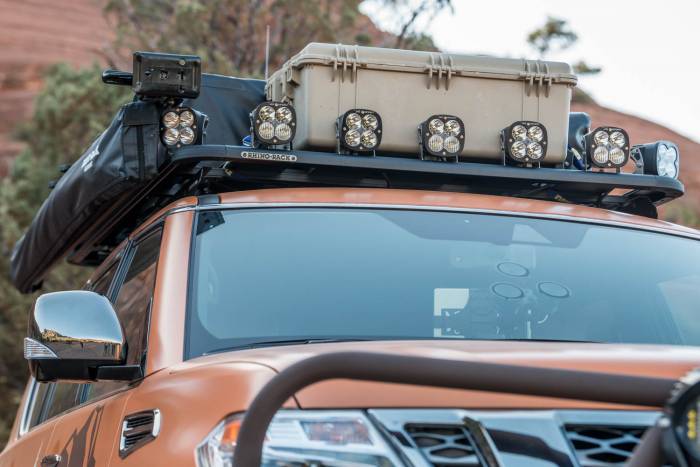 Nissan had to prototype many of the vehicle-specific parts, like suspension and bumpers, on this build. There is almost no aftermarket for the Armada. However, there is a huge aftermarket for the Patrol in other regions of the world. Unfortunately, there are enough differences between the vehicles that many parts just don’t cross over.

Nissan only sold 35,667 Armadas in 2017, but it’s the fastest growing full-size SUV in the U.S. market. And the brand hopes to keep that momentum going. It designed the Mountain Patrol to grab the attention of off-road and overland enthusiasts, attempting to shed the Armada’s “soccer mom” persona.

The build could also spur new aftermarket products for the Armada. Strong aftermarket support would likely drive more enthusiast buyers to the platform.

Nissan took to social media to ask consumers to weigh in on the Mountain Patrol’s build. They presented two options for many of the parts – like the RTT, wheels, tires and wrap – for a vote on Facebook and Instagram. Nissan’s online followers largely chose bold, aggressive features and off-road capability. For example, check out those aggressive MT tires, chosen ahead of more overland-friendly AT tires. 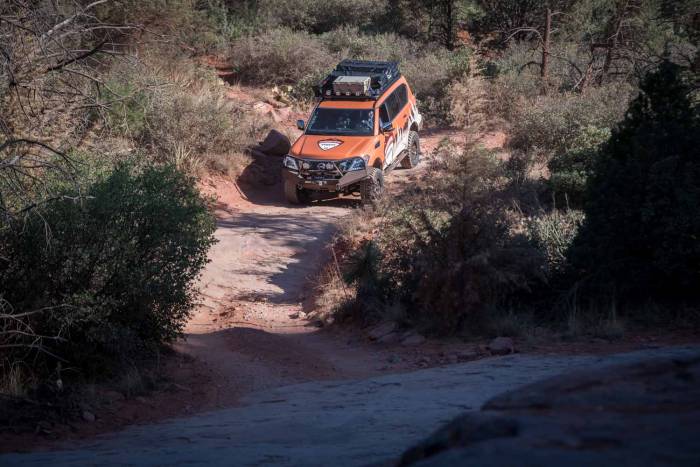 The Mountain Patrol is a big vehicle. The orange wrap, large badge logo, and plethora of aggressive off-road-specific parts give the vehicle some serious presence. The internet loves big and bold.

Something to think about: You can buy a base, eight-passenger, full-size Armada SUV for a starting price of about $46,000. Throw $8,000–15,000 on top of that, and you have an extremely comfortable, capable, family-friendly adventuremobile.

Maybe the Armada isn’t something you’ve considered. But the Nissan Patrol upon which the Armada is based is a world-renowned off-road legend. It’s a proven, capable platform that offers unique looks, high-tech comfort, and luxury features.

Is this big SUV your dream overland adventure vehicle?

Up Next: ‘Mudfest’ Captures the Dirty Joy of Sloppy Truck Driving