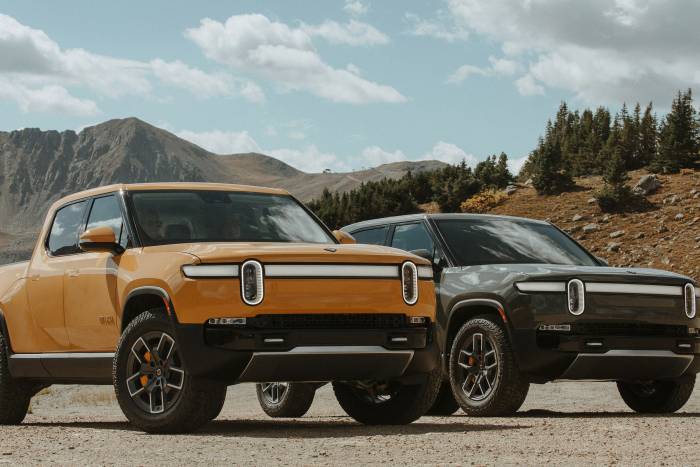 The electric automaker will recall more than 12,000 vehicles.

Rivian is issuing a recall for nearly every vehicle it has produced so far. The Rivian R1T pickup, R1S SUV, and even its Amazon electric delivery vans (EDVs) will be impacted.

The problem rests with a potentially loose fastener in the steering system.

Though the brand has only received six reports of the issue, it said it could not be certain all fasteners were properly tightened in production. And that could mean problems with vehicle alignment or even separation of steering components.

The recall covers every 2022 R1T and R1S built between December 10, 2021 and September 27, 2022, according to National Highway Traffic Safety Administration documents. It applies to a “subset” of EDVs produced during that time as well.

Rivian Recall: Loose Bolt Could Cause Loss of Control

“The nut connecting the front upper control arm and steering knuckle may not have been sufficiently torqued,” the recall documents state. Rivian can’t confirm that it reached proper torque for vehicles built during the period.

The safety risk that results from an improperly torqued fastener could lead to a sudden and excessive change in wheel camber at one of the two front wheels. It could affect the ability of the driver to keep control of the vehicle, increasing the risk of a crash.

If the fastener comes loose, it could also result in a separation of the upper control arm and steering knuckle. If those two components come apart, it would almost certainly lead to a loss of control. Instances of this occurring are rare, but have been reported, Rivian said.

Drivers may get advance notice of the problem. Recall documents say that drivers may notice excessive noise, vibration, and harshness from the front suspension. There may also be a change in steering performance and feel.

Of the 15,000 vehicles Rivian has so far produced, nearly all — 12,212 — will require inspection because of this recall. But the brand told the NHTSA it estimates only around 1% will have the issue.

The fix is a simple one. Rivian service techs will inspect the fasteners to make sure they’re tightened to spec. If any components need to be replaced, Rivian will replace them.

According to the recall notice, Rivian will reimburse any owners who paid for a recall-related repair out of pocket. Owners will just need an original receipt or proof of payment. 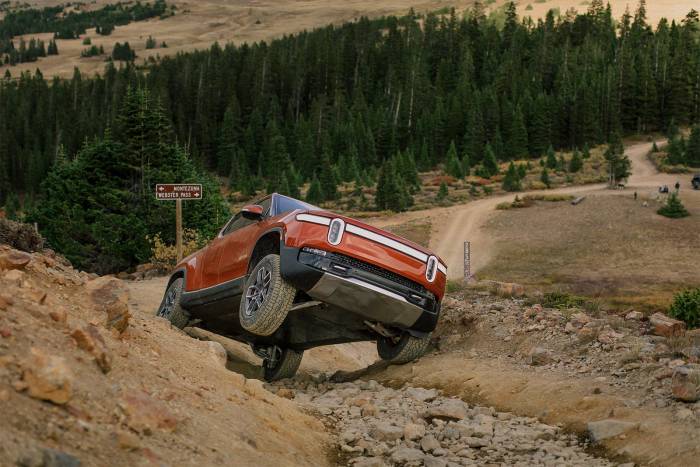 Rivian will start notifying customers through email and text messages “as soon as possible.” Notifications by letter mail will start on or before November 24. Owners don’t need to wait until they receive a letter to reach out to Rivian to schedule an inspection. 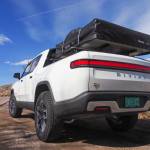 I'm a 'Pickup Man.' One Drive in a Rivian Almost Converted Me to Electric

Will dyed-in-the-wool pickup owners consider a fully electric truck like the Rivian R1T? I took a spin in one to find out. Read more…