Home » Motors » Death of the Smart Car: Mercedes Will Halt Sales of the Tiny Auto

Mercedes-Benz dealers just got the news that after 2019 there will be no more Smart cars sold in North America.

That sharp sales decline can be attributed to many factors. But the real sales slump came after it was announced in 2017 that only the plug-in electric ForTwo model would be sold in North America. The gas-powered ForTwo had made up a large percentage of sales up until that point.

Death of the Smart Car

“After much careful consideration, Smart will discontinue its battery-electric Smart EQ ForTwo model in the U.S. and Canadian markets at the conclusion of [model year] 2019. A number of factors, including a declining micro-car market in the U.S. and Canada, combined with high homologation costs for a low-volume model are central to this decision,” said Rob Moran, Mercedes-Benz USA spokesman, in a statement. 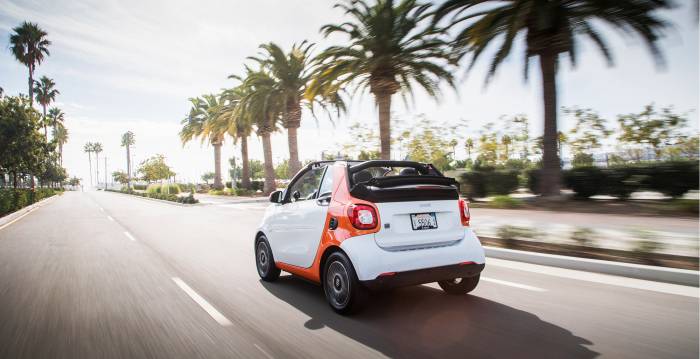 Smart is owned by Daimler, the parent company to Mercedes-Benz. Select Mercedes dealers in North America have sold Smart cars since their introduction to the market.

The all-electric Smart ForTwo is still available at U.S. dealers. Mercedes is also still committed to supplying service and parts for all Smart cars sold. So is it worth looking into buying one? 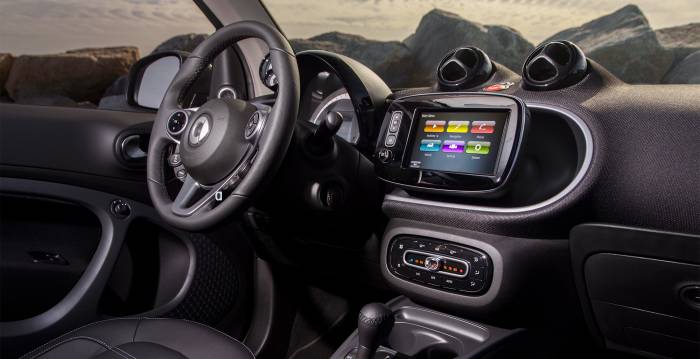 You can still pick one up for a starting price of $25,390. We’d wager that values will dip soon as dealers start offloading their remaining inventory. There are also some big federal and state rebate incentives to be had. All of that adds up to a reasonable value proposition if you’re in the market for a tiny city car.

You can buy the Smart ForTwo in both coupe and convertible models. Both models come with four wheels and two seats, hence the ForTwo name.

Remember that the ForTwo is plug-in electric only. It offers an 80hp electric motor, which is actually fun to drive. The rough part for many is that it only gets an EPA-rated 58-mile range on one charge.

The EQ Badge Lives On 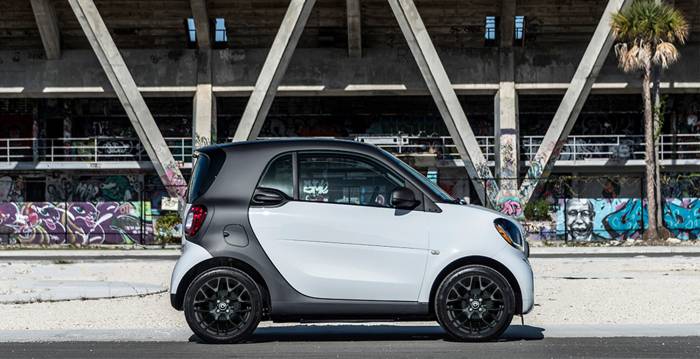 While the current model year Smart ForTwo carries the new Mercedes EQ badging, it hasn’t seemed to help sales. Mercedes will be bringing the North American market the EQC electric SUV in 2020. The EQC will be the first in the Mercedes-branded EQ electric vehicle portfolio. It should be a better fit for the current U.S. consumer, as SUVs are hot right now.

Up Next: YETI Launches a Burly Cargo Crate, the LoadOut GoBox

Saving…
YETI Launches a Burly Cargo Crate, the LoadOut GoBox
The $25,000 Volkswagen Pickup That Might Be
×