Subaru puts the pedal to the metal with the comeback of its ‘Launch Control’ rallycross series.

The episode marks the return of the fan-favorite “Launch Control” series, which began in 2013. The series offers an inside look at Subaru’s rally and rallycross program and shows the latest in motorsports builds.

Despite canceled events and the pandemic, Subaru Motorsports celebrated a double championship win in its 2020 season. In these episodes, you can follow the team’s journey to the big wins.

“As tough as this season was, we’re thrilled to bring the series back,” said William Stokes, motorsports manager for Subaru of America. “Especially for the fans who couldn’t come to events in 2020, who we’ve missed most of all.” 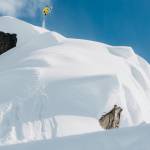 Get Behind the Scenes of Burton's 'One World' Snowboarding Film

Immerse yourself in the behind-the-scenes action on Burton's 'One World' world tour snowboarding film. Read more…