‘I actually don’t know if a lot of people will buy this pickup truck or not, but I don’t care.’ — Elon Musk

Elon Musk has had his fair share of bad news lately, from fraud charges by the Security and Exchange Commission to losing his spot as Tesla’s chairman of the board. But there’s still one thing he’s excited about: Tesla’s first pickup truck.

In an interview last week with Recode, the embattled Tesla CEO revealed an unusual amount of enthusiasm — and some cryptic details — about the yet-unnamed truck.

“Well I can’t talk about the details, but it’s gonna be like a really futuristic-like cyberpunk, ‘Blade Runner’ pickup truck,” Musk said. “This will be heart-stopping.”

Tesla first unveiled some concept design for the truck last year. And it was greeted with skepticism, to say the least. 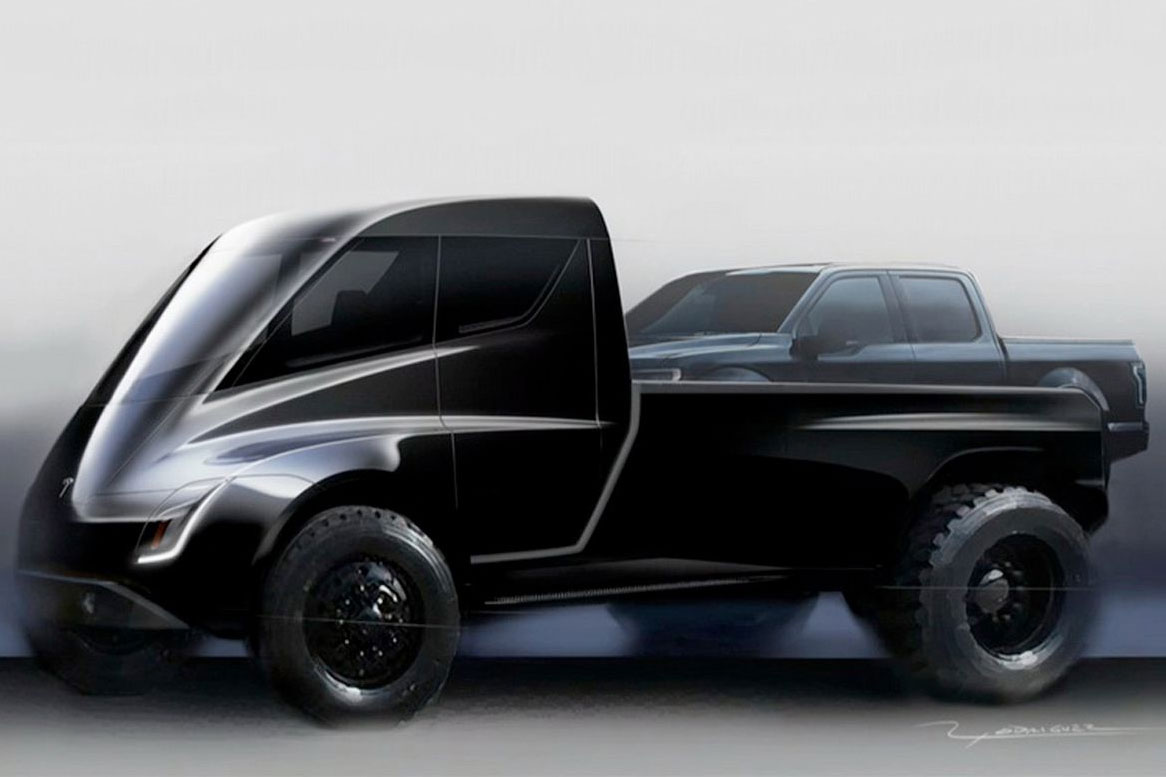 In a 2017 editorial, auto news site Jalopnik called the design, which shows a full-size Ford F-150 fitting inside the Tesla’s cargo bed, “ridiculous.”

“What is this?” Jalopnik questioned. “It’s something based on the semi’s platform — but who wants this? Where will it park?”

But in last week’s interview, Musk sounded defiant, admitting the truck is “something I’ve been wanting to make for a long time.”

“You know, I actually don’t know if a lot of people will buy this pickup truck or not, but I don’t care,” he said.

Still, Musk said if people don’t buy into his “Blade Runner” pickup, Tesla will go for something more conventional in the future.

Though Tesla has not announced when the pickup will launch, reports have pegged 2020 as a likely production date. Beyond the concept art, details about the truck remain sparse.

But earlier this summer, Musk conducted an impromptu Q and A about the truck on Twitter. In it, he revealed info and specs behind his vision for the pickup. Here’s what we know:

Not surprisingly, there’s considerable hype around this truck. And as with Musk’s other ventures, including commercial space travel, solar rooftops, and public hyperloop transportation, it could prove revolutionary.

Up Next: Volvo Pledges All Its Cars Will Be Electrified by 2019

Saving…
Volvo Pledges All Its Cars Will Be Electrified by 2019
SEMA 2018: Hot New Off-Road Gear for Your Truck, Car, or Van
×