High-performance, affordable rubber for your truck? TreadWright claims it does just that – and in an environmentally responsible way. We put a set on our truck to test ’em out. 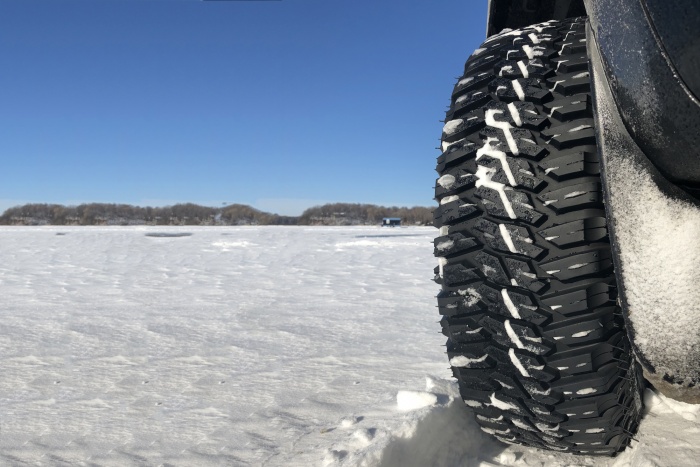 Is this the Holy Grail of tires? While TreadWright won’t grant eternal life, it does provide a real second life to old tires.

The brand takes used tire casings and “remolds” new rubber onto them, saving the otherwise discarded material from the landfill. But TreadWright claims more than environmental benefit. They advertise a superior product at a lower price, all made in the USA.

It sounds almost too good to be true. So we bought a pair to find out.

We tried a set of the TreadWright’s mountain-terrain Guard Dog tires for six months on and off road. The brand advertises these as providing “premium off-road traction and a quieter on-highway experience.”

Before we get into my own experiences, it’s worth noting that TreadWright has been around for a while and is definitely not perfect. GearJunkie editors have previously driven and had close associations with others who own these tires.

And we have seen them fail. One friend of GearJunkie owned a Treadwright tire that delaminated, causing it to bubble badly on the sidewall. TreadWright replaced the tire, but it caused that particular owner to say “no more” to the brand.

I also owned a set of TreadWrights on a previous vehicle. They were retreaded rather than remolded like they are now, purchased around 2010. I worked them hard on a one-ton truck that did significant pulling and never had any problems. They did not wear as well as TreadWright’s new tires, needing replacement after just 40,000 miles. The brand claims the rubber compound it uses now is better.

The rest of the review is based on our testing of a new set of Guard Dog tires over 8,000 miles of driving.

TreadWright uses inspected casings from used tires, which makes sense because a tire’s tread usually wears out before its casing does. So, by remolding new rubber around a casing that would otherwise be in a landfill, TreadWright uses approximately 6 gallons of oil compared to 18 gallons for a new tire.

According to the Rubber Manufacturers Association (RMA), about 290 million tires are discarded in the U.S. every year. To its credit, the RMA successfully found ways to keep almost 90 percent of these discarded tires from sitting in a pile somewhere, but tires’ second uses typically offer lower utility. The most common uses are:

These recycling efforts are awesome when a tire’s casing doesn’t test well enough to be safely reused. But many casings are still safe for reincarnation into a remolded tire. This is where TreadWright steps in.

It all hinges on remolding, a manufacturing process TreadWright claims is nearly identical to new tire manufacturing. Remolding starts with a premium casing from a used tire (Goodyear, Michelin, etc.) that has passed integrity inspection. TreadWright buffs the old tread off the casing, then remolds it using the same processes used to cure new tires.

It’s important to note TreadWright tires are not “retreaded” tires. Retreading involves adhering new rubber only to the tread of the old tire. Instead, remolds add new rubber “bead-to-bead,” creating a continuous new surface around the tire.

TreadWright explains this makes for a stronger, better-sealed product than old-school retreads.

Tire remolding is not new technology. But TreadWright this year announced it upgraded its entire operation to remolding only. To date, the brand has produced over 1 million tires. Plus, the process is used on many commercial vehicles like airplanes and school buses.

We installed a set of TreadWright’s mountain-terrain Guard Dog tires on a Toyota Tundra full-size truck and put over 8,000 miles on them in six months.

Admittedly, the scope of our usage was not exhaustive. But our test gave us a feel for the new tires’ performance. We will update this review as we continue to log more miles. Read on to see our impressions so far.

There is no visual difference between a TreadWright remolded tire and a new tire. They look great.

However, we noticed a small exception to this after mounting the tires – a small piece of thin rubber at the intersection of the rim and the tire. After reading the company’s FAQ section, we saw this is called “flash,” a cosmetic issue caused by the remolding process.

Fortunately, the thin extra rubber can be removed with a razor blade. Perhaps slightly disappointing, but the brand claimed it has caused no leaking or other functional detriment. 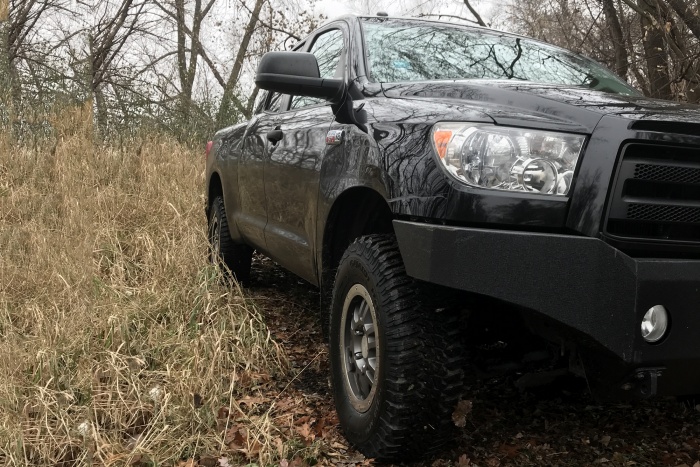 The TreadWrights seem to wear the same as other tires. With proper rotation and alignment, after six months and 8,000 miles, they have shown wear of no more than 2/32 of an inch. All TreadWright tires are DOT rated for 40,000 miles, and the brand claims to commonly see consumers get more than 80,000 from a set.

The Guard Dog tires we mounted get massive traction in mud and snow. Of course, we attribute the off-road traction to the aggressive tread pattern. But the tire compound was grippy on pavement in both wet and dry conditions.

TreadWright claims it has invested sufficiently in its compound technology such that it is competitive with the best companies in the world. We can’t say whether that is true, but we expected the compound might not be as good as what we’re used to. It worked well in driving on snow as well as on wet and dry pavement. 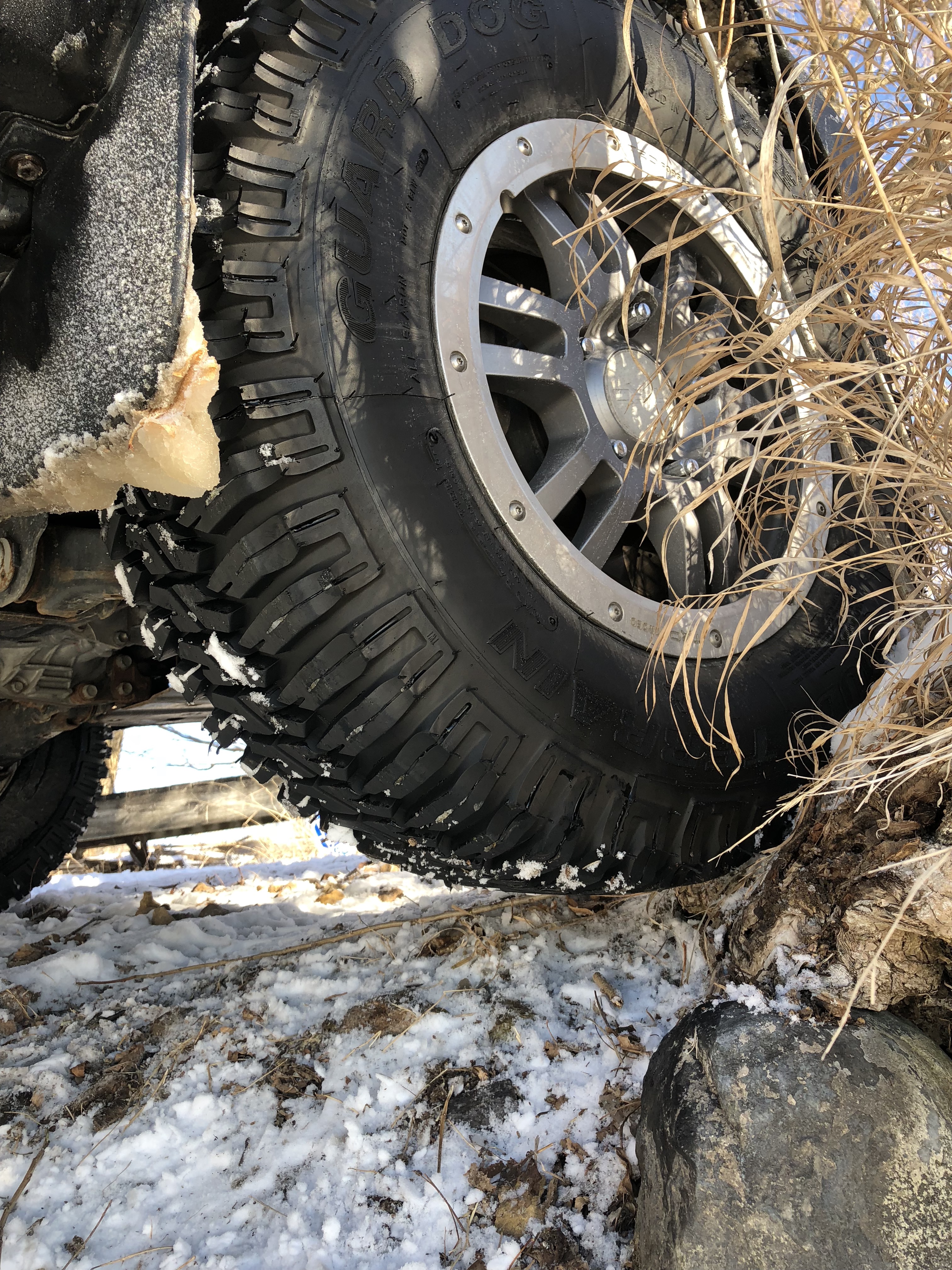 Low cost is one advantage of TreadWright tires: They tend to be cheaper than major brands, although budget alternatives come in pretty close on pricing.

The big guys – BF Goodrich, Michelin, Goodyear, Toyo – can charge over $250 for tires similar to the ones I tested. TreadWright advertises prices 40 percent lower and free shipping on its products. The set I tested retail for $195 per tire. They were on sale at $160.

Made in the USA

TreadWright built a new factory in Houston, Texas, in 2014. Although remolded tires for noncommercial vehicles are common in Europe, TreadWright makes the only consumer remold in North America.

TreadWright Is More Than Environmentally Friendly

TreadWright has been in business for a long time. It has evolved from a retreading company, using compounds that were arguably inferior to where they are today, to doing full bead-to-bead remolding with a highly refined compound that compares favorably with premium brands.

The brand claims to offer safe, reliable, environmentally friendly tires at a cost below those of the competition. After six months and considerable research, the made-in-the-USA tires are making good on TreadWright’s claim.

While we don’t think they are literally as good as or better than the best tires in the world, they are probably the best value. Achieving that distinction while also being environmentally responsible is an impressive feat, and one that we support.

Up Next: DIY Dream: Build This Amazing Custom Camper