Will we see a Volkswagen pickup in North America? The jury is still out. But it does seem like there would be a solid market here for a small, fuel-efficient, affordable pickup. 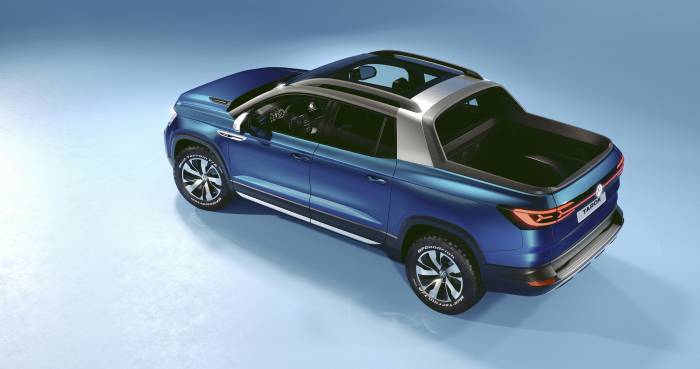 The VW Tarok pickup concept shown is a near-production-ready vehicle. While that production is currently slated for next year in Brazil, it can’t stop us from daydreaming about getting one ourselves.

Think of the Tarok as a pickup as both a great everyday driver and a great utilitarian pickup. With a tiny 1.4L four-cylinder turbocharged engine mated to a six-speed automatic transmission, the small truck should get great fuel economy.

The Tarok should also be relatively capable off road. It offers up permanent 4Motion all-wheel drive and an impressive 9.6 inches of ground clearance. For reference, a 4×4 Toyota Tacoma has 9.4 inches. You also get impressive entry and exit angles — 23.8 degrees and 26.4 degrees, respectively — and a reasonable 22.1-degree breaker angle with the tiny Tarok.

The real genius with the Tarok is the ability to use a ton of passenger compartment space for gear hauling. Not only does the traditional tailgate provide more load capacity out back, but the lower section of the passenger cabin also folds down to extend the bed even farther into the cabin. Configurable versatility is the name of the game.

The Tarok should also offer up a super-impressive 2,271-pound payload capacity. As an example, the new Jeep Gladiator will have a payload max of only 1,600 pounds. 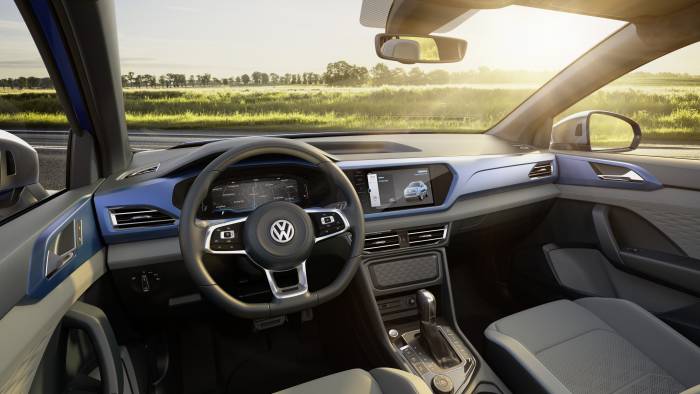 Besides fuel efficiency, off-road capability, and pickup utility, you also get a nice, modern design with the Tarok. It offers tons of distinctive LED lighting and rolls on a proven global vehicle chassis, currently used in such vehicles as the Atlas and Jetta. Inside, you get a comfortable, modern interior that sports full digital instrument, multimedia, and climate control systems. As an added bonus, you even get a cool removable center-console Bluetooth speaker.

At a media roundtable during the NYIAS VW Group of America’s CEO, Scott Keogh had some interesting tidbits to share about VW’s possible entry into the U.S. truck market.

“I think we can comment with an extremely, let’s say, smart price point,” Keogh said. “I don’t want to, you know, start to give away price points, but I think you could put a vehicle like that in the marketplace in, let’s say, the mid-20s with a proper engine, proper everything.” 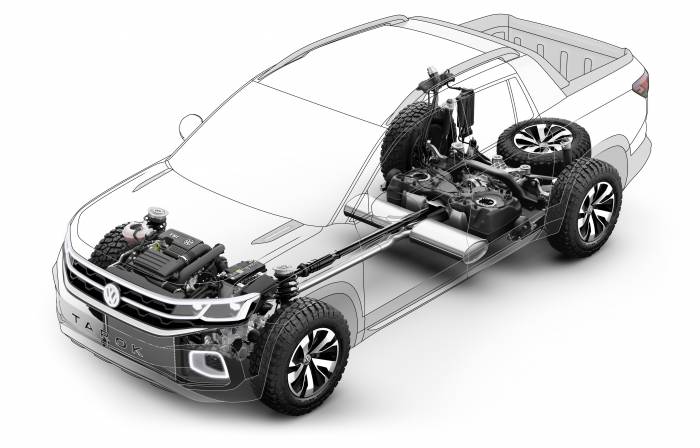 While you can for sure get an entry-level midsize pickup in America for $25,000, that’s a stripped-down base model. Even the Honda Ridgeline, which would be the VW Tarok’s closest competitor, starts at about $30,000.

The tiny, car-based, fuel-efficient truck isn’t a new concept. In fact, there are a number of them on sale around the globe. It’s absent in the current American vehicle market, however. And this hasn’t gone unnoticed by companies like Ford and Hyundai, who have both hinted at tiny trucks coming to America soon. 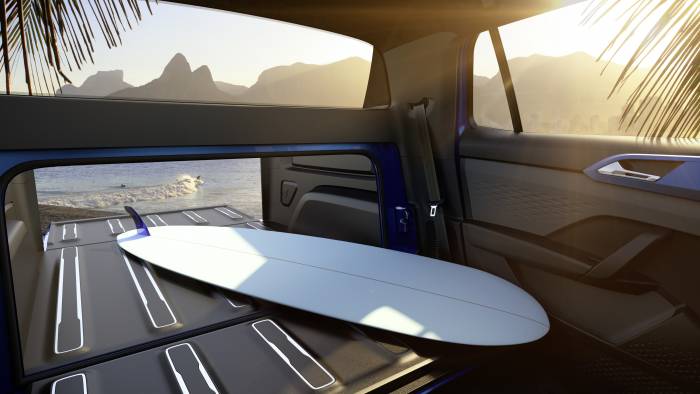 We hope VW and others bring back the tiny truck. Not only will it be better for the environment than the massive trucks the market has moved to lately, but it will also be much more affordable. It will also satisfy a large majority of the gear-hauling needs most people have for daylong, weekend, and big-adventure pursuits.

Up Next: Death of the Smart Car: Mercedes Will Halt Sales of the Tiny Auto

Saving…
Death of the Smart Car: Mercedes Will Halt Sales of the Tiny Auto
Dream Machine: Win This Custom Sidecar Motorcycle With SUP and Rack
×