Volvo’s recent marketing campaign makes a bold statement. It promises every car introduced from 2019 onward will be, at least in part, electrified.

Consumers know Volvo has led the way in vehicle safety for decades. But what they may not realize is that it has also helped lead the charge for increased fuel economy standards and reduced carbon emissions. The brand now sets its sites on an electrified future across its lines. 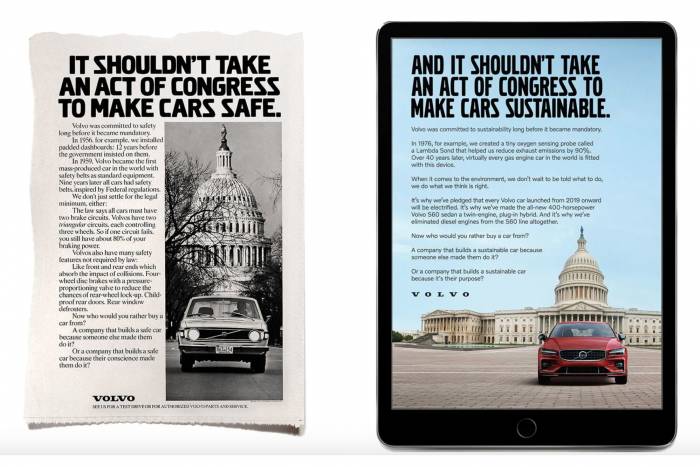 Volvo doesn’t mind sticking its neck out into the political realm a bit, especially when it has to do with making better cars. Car safety was a major political issue back in 1973. In its advertising, Volvo declared, “It shouldn’t take an act of Congress to make cars safe.”

Now, Volvo has drawn another line in the sand. This time, it states simply that all its vehicles will be electrified. That means more hybrids, more plugins, and, likely, more fully electric vehicles in the very near future.

It screams the latest message. Its marketing materials state, “It shouldn’t take an act of Congress to make cars sustainable.” And its plans to produce more EVs seem to underscore that notion.

All the way back in 1976, Volvo was developing technologies that greatly reduce exhaust emissions. It created a tiny oxygen-sensing probe called the Lambda Sond, which reduces exhaust emissions by 90 percent. 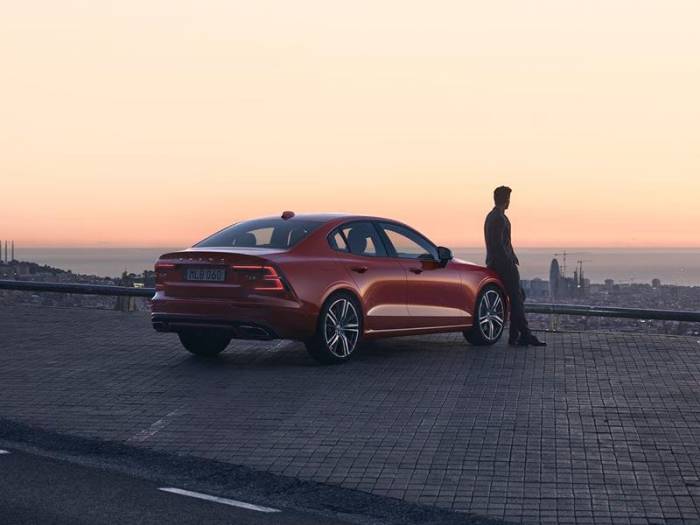 Now, 40 years on, nearly all gas engine vehicles are fitted with such a device.

Volvo sees electrification as the future of its environmental stewardship efforts. Its pledge is a big, bold statement at face value. But it actually might not mean what you think it does.

Electrification comes in many forms and doesn’t necessarily mean the elimination of the internal combustion engine. In fact, Volvo sees this electrified future as a process rather than a complete, immediate switch in their lineup. It will start with plug-in hybrid vehicle options for 2019 and move on to mild hybrids and full battery electric vehicles in the future.

Volvo has plans to offer five new fully battery electric vehicles in its lineup by 2021. It also has a very lofty goal, if current sales numbers are any indication, of having over 1 million electrified vehicles on the road by 2025. 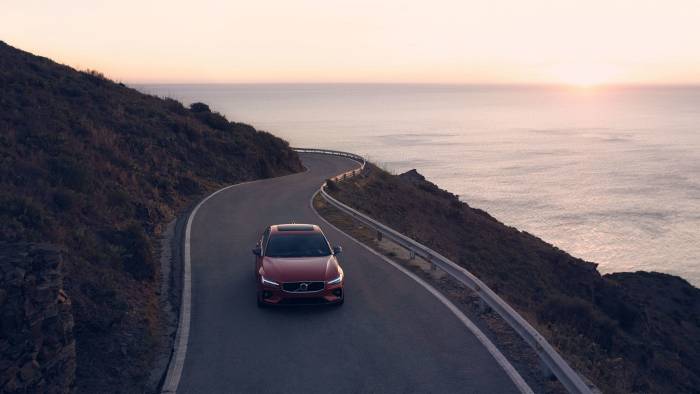 As a start to this electrified initiative, the brand will offer the new 2019 S60 as a plug-in hybrid. The powertrain on the new S60 hybrid will put out an impressive 400 hp through an all-wheel-drive system. Efficiency and environmental stewardship don’t have to mean a loss in performance!

While the 2019 Volvo S60 will still be available in a variety of fully gasoline-powered variants, on top of the line is a plug-in hybrid option. The new S60 will hit U.S. dealerships in early 2019. It will also be the first Volvo ever made in the U.S. — in Volvo’s new South Carolina plant.

No More Diesel for Volvo

Volvo has decided to eliminate diesel engines from the S60 line. We’re assuming it will probably abandon diesel engines altogether. Tiny gasoline engines and electric hybrid systems seem to be the right combination for performance, range, and minimized emissions. This is at least true with current technologies, but things are changing and developing quickly.

Up Next: 2019 Ford Ranger Easter Eggs: Can You Spot the Monsters?