Morocco’s Marathon des Sables is famously challenging, covering 155 miles of Saharan dunes. This year, dropouts reached an all-time high, and a runner died as temperatures soared and an unidentified disease ravaged the field. After the race, some participants complained about inadequate medical support.

On Oct. 3, 753 runners took off over the sand at the Marathon des Sables. Five days and 155 miles later, just 353 would cut the tape at the finish line. Of the 400 runners who did not finish, one man, an experienced ultrarunner in his 50s, died.

Moroccan brothers Rachid and Mohamed El Morabity took first and second overall, by wide margins. But Rachid’s win, his eighth of the iconic sand race in its 35-year history, seemed like a bullet point. The event usually results in low DNF numbers, which is thought to be due to its long cutoff times and robust support system. 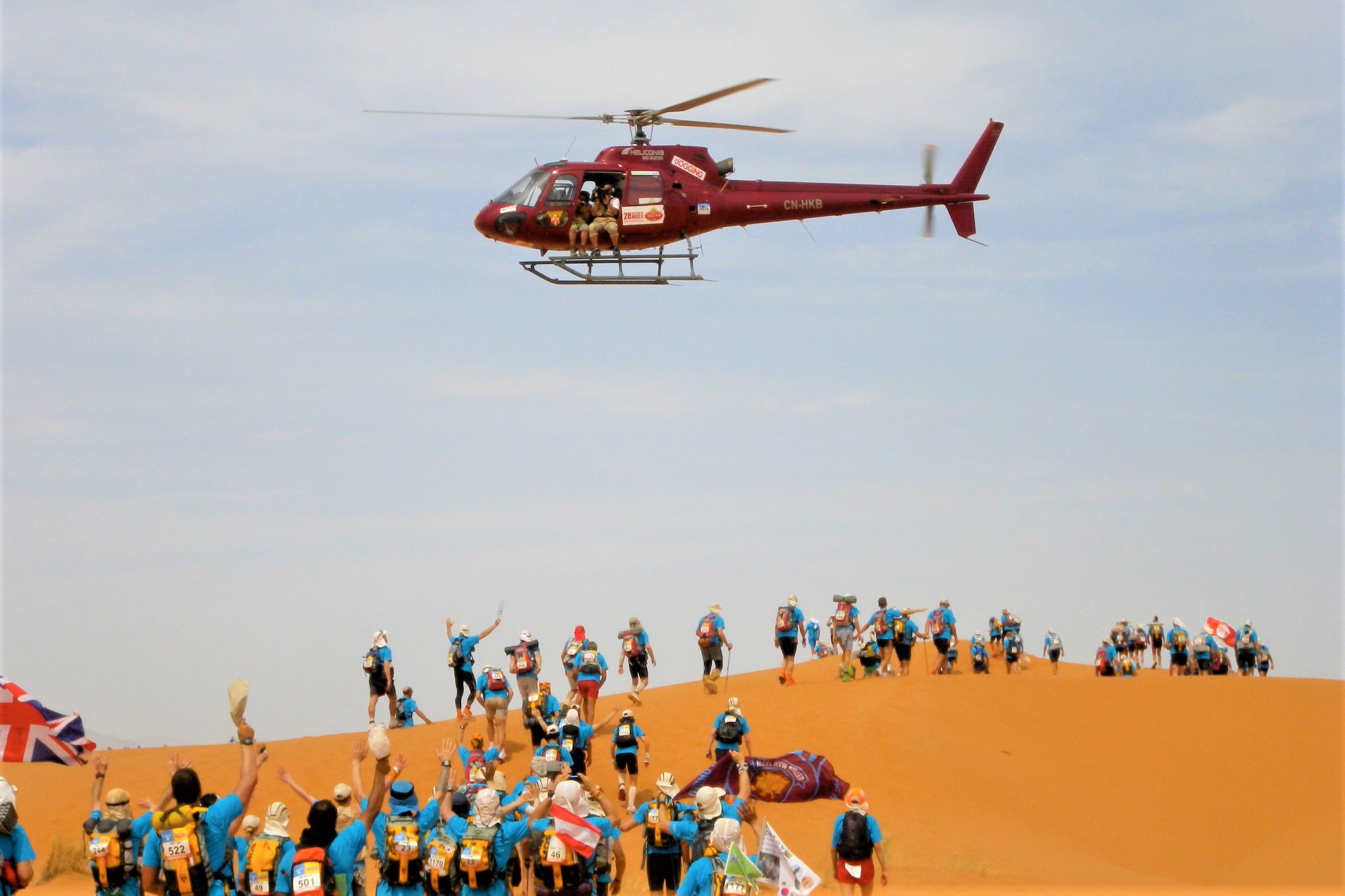 Of all the factors that made the 2021 Marathon des Sables (MdS) historically challenging, a mysterious stomach bug might have been the most potent. The “D&V”-inducing disease knocked out both competitors and medical staff, leading to a situation in the camp that some have called a “warzone.”

Ian Corless, who’s attended seven Marathons des Sables as a photographer, experienced it first-hand. Corless reported that the sickness surfaced almost immediately and spread through the field quickly. By day three, he had it himself.

“One thing is for sure, the sickness when it came was brutal and debilitating,” he wrote on his personal blog. “I got it on the evening of day 3 at 2000hrs and without going into too much detail was losing fluids from both ends for 6-7 hours.”

Event medical staff still hasn’t released quantitative information about the disease itself. For now, what it was and how many people got it is unknown.

Of course, significant fluid loss means big problems for any endurance athlete, especially in hot weather. By its nature, the Marathon des Sables is a race that demands heat tolerance — by many accounts, this year’s edition required more than usual. 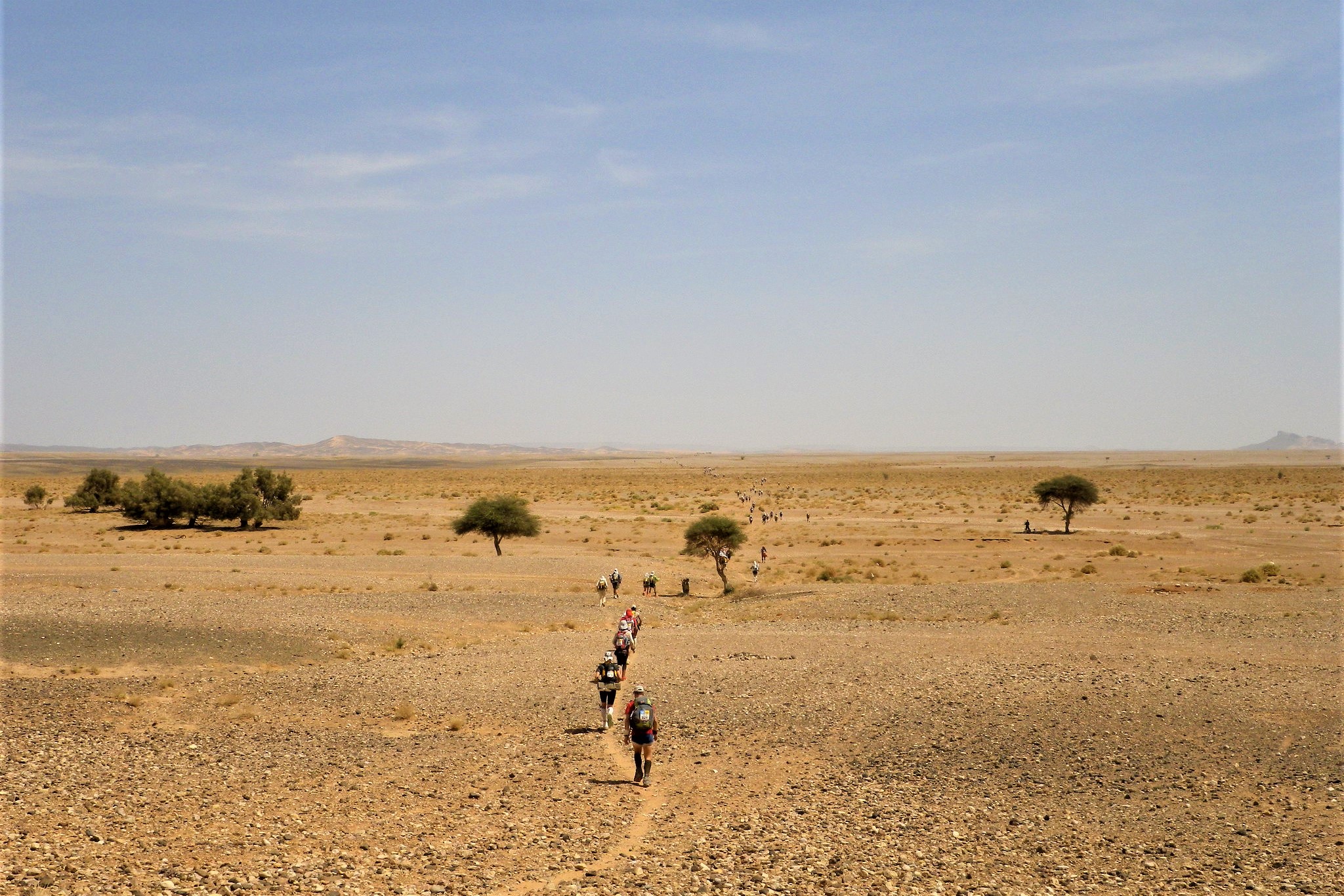 When the race started, thermometers in the shade read 115 degrees F. Some outlets report a recorded high of a staggering 132 degrees F for the race.

While isolated days of extreme heat are standard on the MdS, many consider this year’s race unusually hot from start to finish. Looking for the smoking gun, some have pointed to the fact that COVID-19 forced organizers to reschedule this year’s race to October from its usual April dates. But average temperatures for the area during the two months are nearly identical.

Speaking of COVID-19, it’s also possible that reduced immunity and compromised health among participants weakened the field’s resistance to the stomach bug. But that’s entirely speculative and will more than likely remain unverifiable.

The man who died during the race succumbed to a heart attack on its second day. He was the third person to die during a Marathon des Sables. He had previously fulfilled medical requirements to start the race, including obtaining an electrocardiogram.

In the wake of the race, the grim conditions resulted in some bedrock concerns among participants. Some questioned the sufficiency of the event’s medical care and general support structure.

The risk presented by running the Marathon des Sables is generally understood — but are event organizers doing enough to mitigate it?

Are the Safety Margins at the 2021 Marathon des Sables Enough?

Thirty-one-year-old Charlotte Heaford pulled out on day two along with her partner, Grant Moors, who became ill. She struggled with the race-provided GPS beacon and even perceived that support staff tried to pressure her and Moors into continuing.

“I can really only describe it as an utter war zone,” she told The Guardian. “He was so sick, I’ve never seen him like that before. I tried pressing the call button on our beacons about five times, but nothing came of it.”

Heaford added, “But when you are physically begging to quit because you have been projectile vomiting and can’t keep any water down and it’s over [125] degrees, and a doctor has put you on a drip, yet they’re still pushing you to carry on. That’s how they behaved to my partner.”

She said the two had trained for the event “relentlessly.”

Another runner, who described himself as experienced and fit, also found the medical staff lacking professionalism.

“The thing that frustrates me more than anything is the inability for the medical staff to say, this is actually too dangerous, people shouldn’t be running this, these heats are extreme,” he said anonymously.

Context: What Does Medical Care at the Marathon des Sables Look Like?

Meghan Hicks, Managing Editor at iRunFar.com, finished six Marathons des Sables from 2009 to 2019. Though she wasn’t at the 2021 race, she related her prior experience — which indicates a high level of medical care — for context.

“Medical services are offered at a large tent at each stage’s finish line, and each checkpoint during the stages has a small medical tent with its own team,” she said. “Additionally, there are roving medical teams in Land Rover-type vehicles. Dune buggy-type vehicles patrol the sand dune areas.” 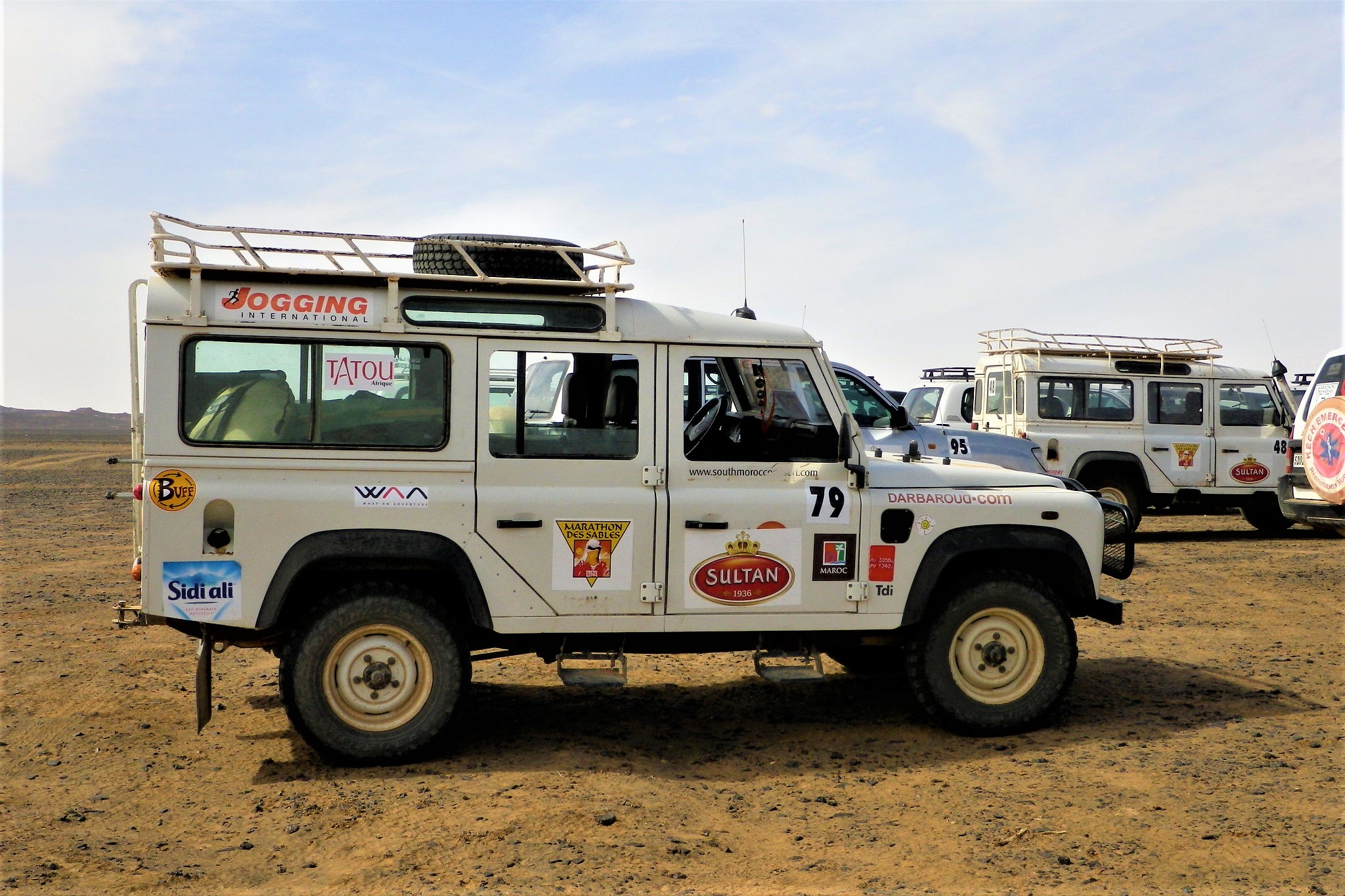 “Finally, the race has two helicopters which rove during the stages with a medical team on board.” The teams render medical care for what Hicks called “almost every ailment imaginable.”

She also noted that the pre-race health checks are extensive in her experience, as is the GPS beacon training. Staff also checks runners’ gear and packs randomly throughout the week “to help ensure runners have the food and gear they need to stay happy and healthy.”

Nothing indicates that the 2021 Marathon des Sables had any less support staff than the previous 34 runnings. The runner who died did so under the care of medical staff who arrived within minutes via helicopter. And according to Hicks, the approximately 15:1 runner-to-medical-staff ratio was far smaller than that of comparably sized races.

Ultimately, race organizers acknowledged the 2021 event’s acute difficulty and pointed to some of the same global circumstances that have impacted us all.

The race, they said, “will undoubtedly be remembered as the most difficult [Marathon des Sables] to date — between the heat, the global health crisis, intestinal problems, and the impact of the drama on the second day of the race.”

Regardless, the show will go on. The 2022 Marathon des Sables is already scheduled, from March 25 to April 4.

Up Next: Training Through Autism: Triathlete Sam Holness’ Spectrum of Success