You don’t call your company ‘Badass’ without emanating a certain vibe. The startup rooftop tent builder enters the market with five patent entries (moonroof!) and an intriguing ‘lightest and fastest hardtop’ claim.

The company that makes what it calls BA Tents also self-identifies as a “disruptor.” Badass Tents is a new category contender vying for attention with braggadocious claims and the allure of pending patents.

BA’s products themselves revolve around the company’s claim that they’re the lightest and thinnest hardtops on the market. Additionally, the company has filed patents for its integrated attachment system, modular assembly, and moonroof.

As a cherry on top, it says each “space-age” extruded aluminum frame gets a plastic cover that “looks like an OEM paint job.” 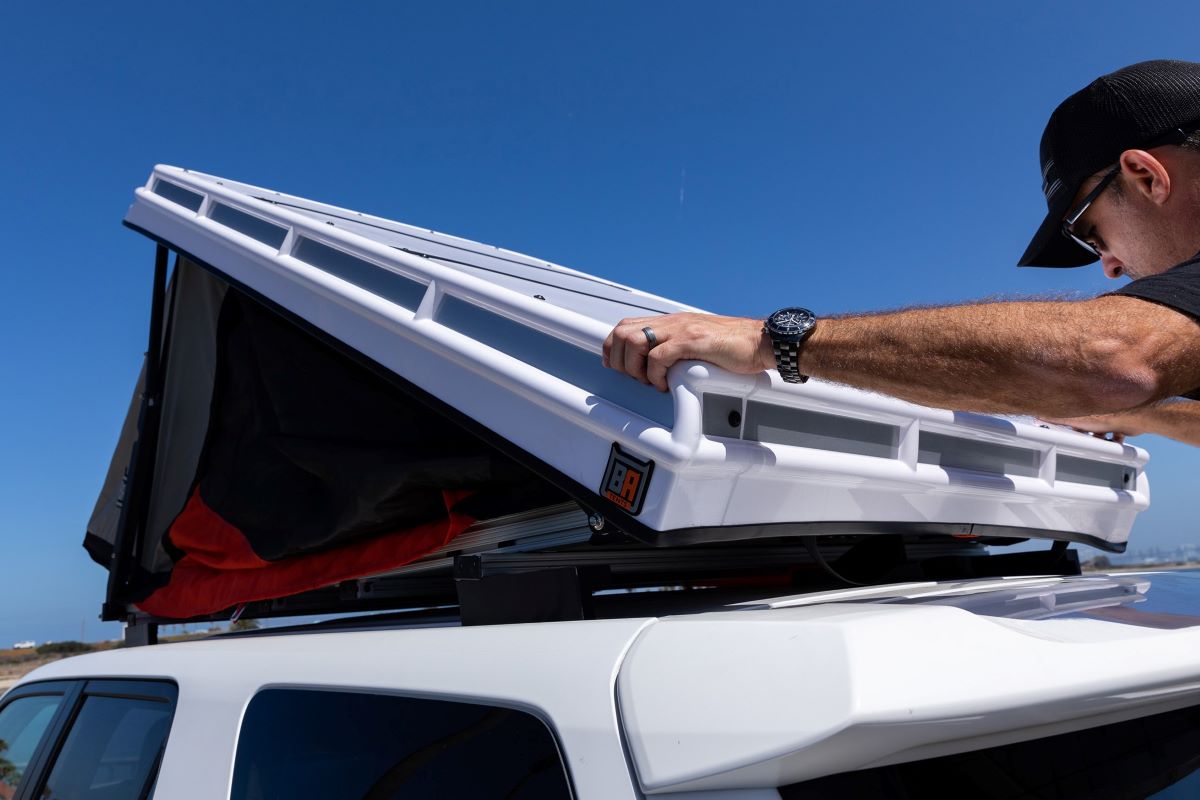 Ooh, la la. We’ve seen Roof Nests before, but perhaps none so brightly feathered. The question, of course, is: Are Badass Tents legit?

From our view, the answer looks to be along the lines of “yes.” First, there’s the lightest and thinnest hardtop claim. Badass assigns the superlative to multiple tents in its lineup — so, which one is it?

Badass Rooftop Tent’s new clamshell build, the Convoy, appears to take the cake. At 5″ tall when packed and 92 pounds, it’s significantly lighter and lower-profile than any other four-sided build on the market. Compare it to the CVT St. Helens, which packs down to 11″ and weighs 153 pounds. 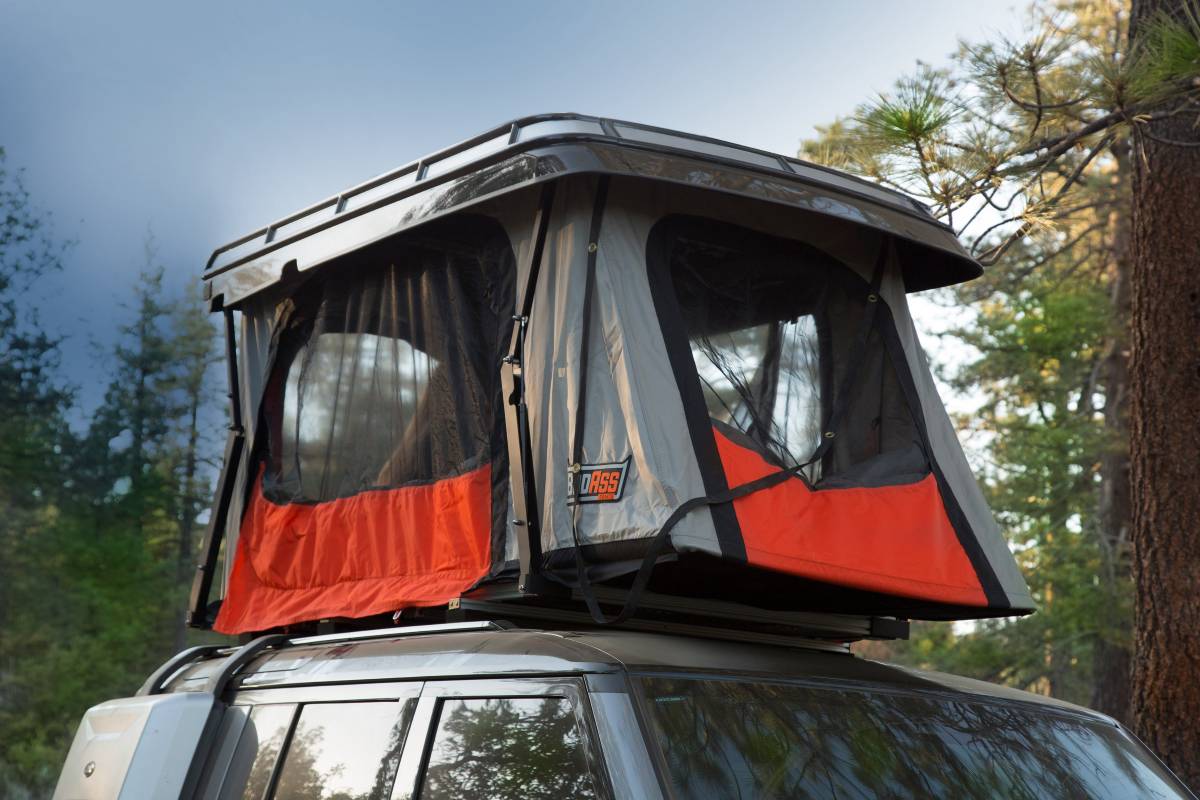 The entry-level Rugged line performs similarly in its category, at 105 pounds. The wedge-shaped tent has a max 60″ peak height and folds down to 4″. Compare that to the Roofnest Sparrow EYE: It has a 44″ peak, folds down to 11.5″, and weighs 130 pounds. 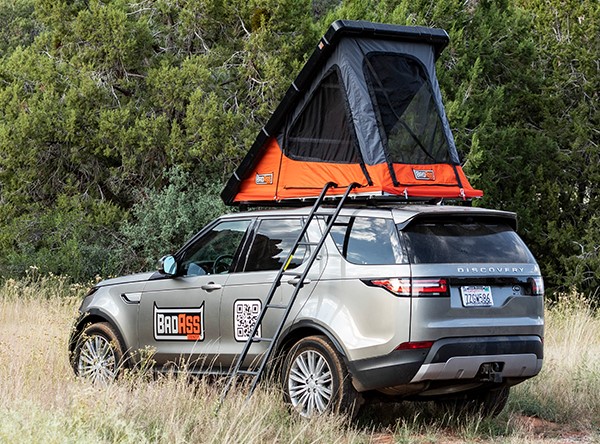 No other competitors appear to beat out the Badass builds, either: The Thule Tepui Hybox Wedge folds to a 12.8″ profile and weighs 177 pounds. (Notably, Thule issued a substantial recall for the Hybox Wedge, affecting units built from 2018-2021.)

The low profile makes a lot of sense: Shorter is better for garage fitment and, in theory, it should improve gas mileage. A lighter weight should help gas savings, too. And though rooftop options as light as the Rugged do exist, you’ll need to go soft top to get them.

The Convoy, for the moment, appears to achieve the category superlative: lightest rooftop tent. 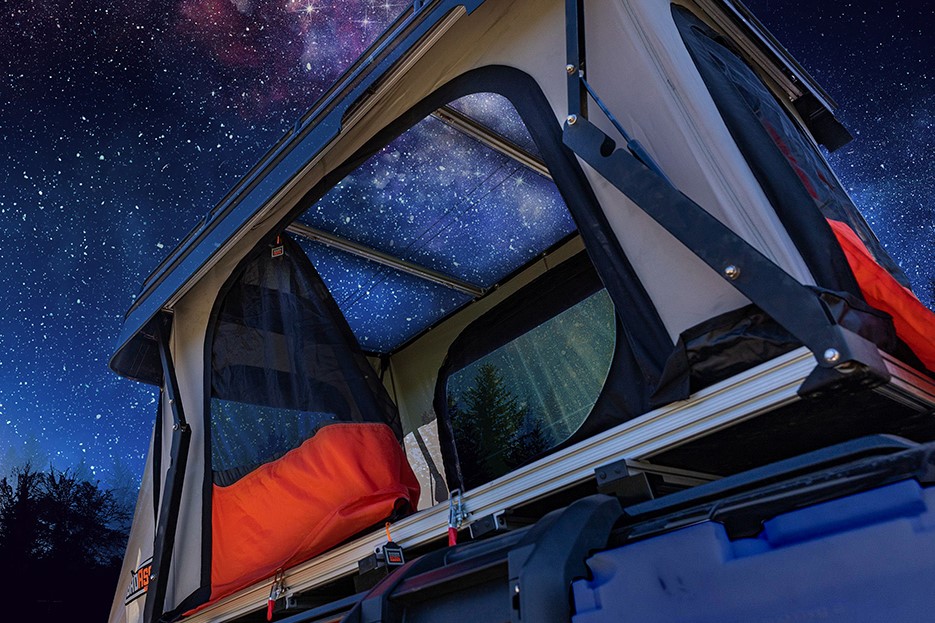 The Convoy’s patent-pending moonroof is massive — 4′ x 6′ — and adds the best stargazing in the category to the 360-degree views. Many hardshell rooftop tents get a vent or a fan in the roof, but the Convoy is the first with a true moonroof.

The brand’s modular assembly option is also up for patent certification. The method lets customers put the tent together themselves instead of receiving it assembled.

Upshot? The shipping size drops from 87″ x 52″ x 10″ to 84″ x 18″ x 16″, which allows the company to ship units via FedEx Ground and speeds up delivery. Internally, Badass hopes to leverage the technique into more space-efficient overseas shipping and save costs overall. 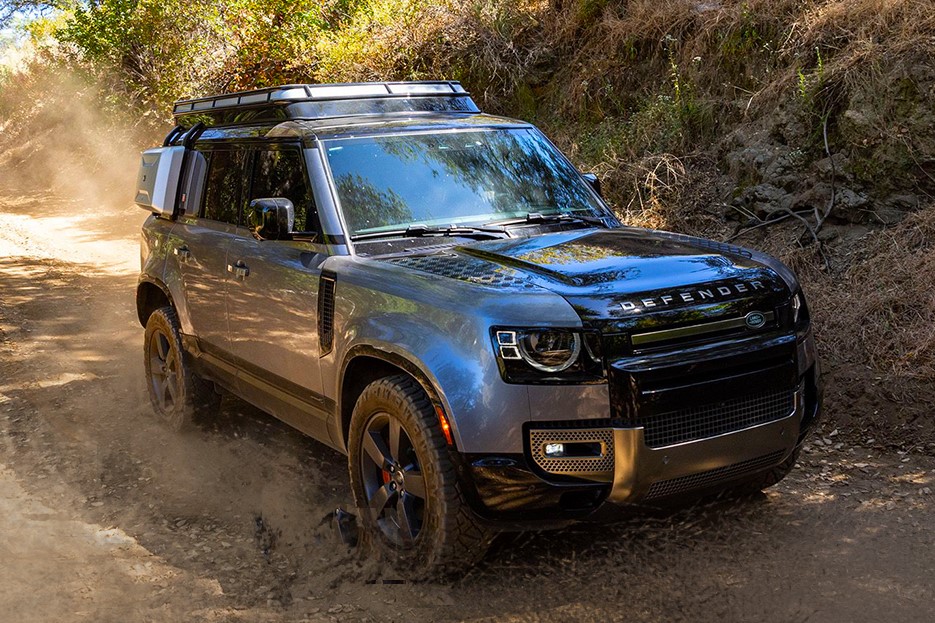 Finally, Badass attempts to patent the Convoy’s plastic rooftop. With optional crossbars equipped, it can double as a roof rack for bikes, kayaks, or surfboards.

As of now, each patent is still processing. Badass anticipates they will finalize them within 12 months.

The Only Problem Is …

Unfortunately, you’ll need one of a few pretty specific vehicles if you want a Convoy or any Rugged builds beyond the base model — at least for now. Here’s the vehicle fitment list as of this writing:

If you drive anything else, you’re out of luck. However, the brand promises its tents will soon fit the Ford Bronco, Lexus LX460 and LX470, Jeep Wrangler (4-door), Subaru Ascent, Toyota FJ Cruiser, and others.

We’d also advise caution in high winds based on the Convoy’s high profile when it’s pitched. Opening all the windows might help it stay upright, but it would also create a hell of a wind tunnel.

Badass Rooftop Tents MSRP ranges from $2,500 for the base model (semi-universal) Rugged to $5,000 for the range-topping Convoy. Prices depend on vehicle fitment. Check out the whole lineup — factually, the world’s most Badass rooftop tents — here.